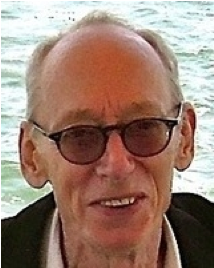 Matthew Duane Barry, of Southport, passed away unexpectedly following surgery on Wednesday, January 7, 2015. He was 60.

A graduate of Fairfield Country Day School, Phillips Academy Andover, Princeton University class of ’78, and the University of Massachusetts, Amherst (M.A.), Matthew practiced for more than thirty years as a landscape architect based in Greenwich.

Matthew was continually inspired by beauty in nature, and this passion drove his life and work. He was devoted to designing landscapes that resonated with balance, rhythm and scale, and that were free from rules and preconceptions. He endeavored to live his life in much the same way.

Matthew was a proud alumnus of Andover and Princeton, returning frequently to class reunions. He traveled extensively, nourishing his passion for architecture and garden’s designed by the world’s masters. He also did design work abroad, most notably in Greece.

Beloved by so many, Matthew brought an infectious intensity and exuberance for life that is already sorely missed by those who love him.

A celebration of Matthew’s life will be held on Saturday, January 10, at 11:00am, at the Trinity Episcopal Church in Southport, Conn. In lieu of flowers, the family encourages gifts in Matthew’s memory to the Southport Village Park maintained by the Southport Conservancy.