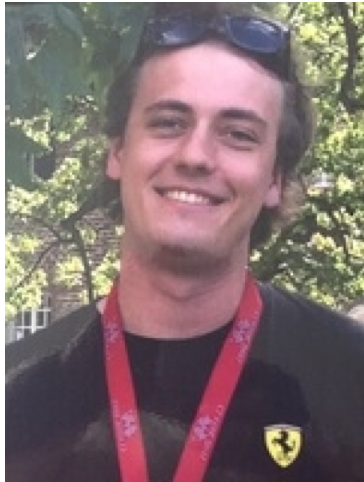 Nicklas Ernest ‘Nick’ Hamann of Stamford, passed away totally unexpected on April 24 at Palomar Medical Center in Escondido, CA from heart failure at the young age of 23 years.

Nicklas “Nick” Hamann is survived by his parents Maria and Thomas Hamann of Stamford, and by his brother Dennis Dyda living in Wiesbaden, Germany and extended family in Germany.

Nick Hamann spent his first ten years in California, mostly in La Jolla, a tranquil beach town North of San Diego, CA where he spent lots of his time on the beaches enjoying playing, boogie boarding and body surfing in the waves of the pacific Ocean.

In April of 2003 his family moved to Cos Cob, where he attended Cos Cob Elementary School, Central Middle School and Greenwich High School. In 2010 the family moved to Miami Beach where Nicklas attended Coral Gables High School and worked at Coconut Grove Scuba at the age of 18 as one of the youngest certified and licensed PADI Scuba instructors in the nation.

He developed his passion for scuba diving and sailing on St. John of the US-Virgin Islands at the age of 12 and spent the following three summers in the British Virgin Islands improving his sailing and scuba skills. His passion for Scuba and underwater photography took him to exotic places in the Caribbean, Mexico, Australia and as far as Palau.

Nicklas Hamann had returned with his parents to Connecticut just about three years ago and was living in Stamford, attending three semesters at Norwalk Community College. Nicklas had just moved to the San Diego area the end of March 2015 where he was working as a Junior Web Designer and studying graphic design. His passions other than scuba and sailing were music, playing the piano, traveling, as well as fast and classic cars. His white Honda S2000 was seen and heard often in Greenwich and Stamford and always recognized by those who knew him.

Nicklas had the rare gift of being an extremely caring and loving young man who made him many friends, young and older wherever he went. Nicklas was loved by many and will be truly missed by everybody who knew him.

A foundation is his name to benefit homeless children and families will be formed shortly.

Please consider a donation lieu of flowers to the Nicklas Hamann Foundation.

A Memorial Service and Celebration of his life will be held on Friday, May 22nd 2015 at 2:20PM at 1st Congregational Church Of Greenwich, 108 Sound Beach Avenue in Old Greenwich, CT 06870.