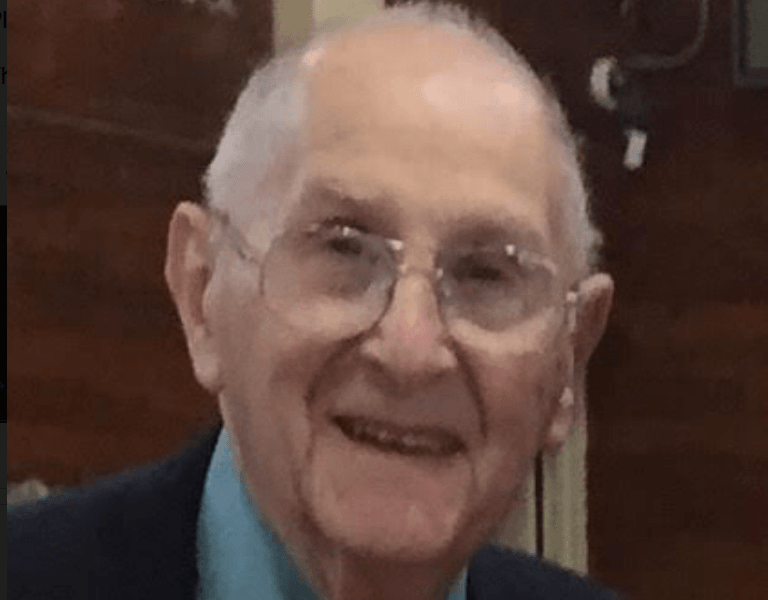 Nicholas Mecca passed on April 4, 2018. He was born on August 12, 1928 in Port Chester, NY. He was the first child of Leonardo and Assunta Matturro Mecca.

Nicholas was educated in Greenwich. Nicholas served in the US Army during the Korean War, earning various medals and commendations. Nicholas was part of the family business for many years, learning his trade at the knee of his father, who owned Mecca’s Market on Hamilton Ave. He then went on to work for Grand Central Markets as a master butcher. He retired as a meat manager after 34 years of service.

Nicholas was a member of the Retired Men’s Association of Greenwich for many years and was in charge of distribution of their weekly newsletter. He was a volunteer at Greenwich Hospital in the pharmacy department.

Nicholas was a beloved crossing guard at the Riverside School for 8 years, this brought him an abundance of pleasure because he loved being with the children. He was affectionately known by the children as “Mr. Nick.”

After many years he returned to his art and took art classes at the Greenwich Senior Center. He was also a member of the Cos Cob Gun Club for many years. Nicholas enjoyed his hunting trips with his buddies.

To honor his life, family and friends will gather Monday, April 9 from 4:00-8:00pm at Coxe & Graziano Funeral Home at 134 Hamilton Avenue, Greenwich, CT.

A funeral mass will be held Tuesday, April 10 at 11:00am at St. Catherine of Siena Church in Riverside. Interment will follow at St. Mary’s Cemetery.

In lieu of flowers donations can be made to the Greenwich Senior Center, 299 Greenwich Avenue, Greenwich, CT or St. Jude Children’s Hospital. For more information or to place an online condolence, www.coxeandgraziano.com.