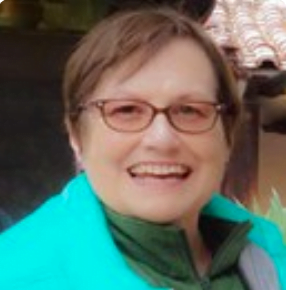 Lynne Hone, of Old Greenwich (fondly nicknamed “Wolfie”) passed away on March 4, 2019. She was the beloved wife of Michael Hone. Lynne was born and raised in Greenwich, where she lived her entire life. Her mother was the late Helen B. Walsh and her step-father was John J. Walsh of Cos Cob.

After graduating from Southern Connecticut State College Lynne was a French and Spanish language teacher in Monroe and Greenwich public schools. She left teaching to join Xerox Latin American Group as a translator and while working for Xerox returned to college to earn a Masters in Education from Fairfield University. Lynne pursued a second Masters in Marriage & Family Therapy at the University of Bridgeport and she worked for various social service agencies until launching her own full-time practice in Old Greenwich and Norwalk, CT.

Lynne dedicated herself to counseling and guiding individuals, couples, families, and groups. Lynne retired from private practice a few years ago and became fully engaged in her hobbies and personal interests.

She enjoyed being a volunteer with Adopt-a-Dog, of Greenwich and delighted in a taking variety of social, political, and cultural classes at UCONN in Stamford. She loved traveling which included study abroad in Spain and France, exploring Italy, cruising Europe and Alaska, Island hopping in Hawaii, visiting California, and spending time on Block Island.

Lynne and Mike owned a log cabin in Copake, New York, where they spent many happy years discovering the lake and the upstate region. Lynne was a keen photographer and her home office included scenes from her travels, photos of her family, friends, and pets. She recently participated in the Greenwich Library’s Oral History Project.

Lynne loved to dance and listen to great music, delve into a good mystery, take in a popular movie, and simply be out and about walking the neighborhood, Binney Park and Tod’s Point. What fun Lynne had “shooting the breeze” and catching up with her family and her countless friends, many of them childhood pals. Above all, Lynne loved to laugh, which she did frequently.

A private service will be held for family. In lieu of flowers a donation in Lynne’s honor may be made to Adopt-a-Dog of Greenwich, PO Box 11135, Greenwich, CT 06831.