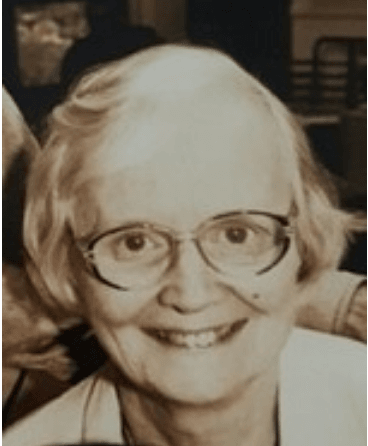 Kathryn Doyle Benham, age 90 and wife of the late Stanley H. Benham, died peacefully at The Greens in Wilton on Sunday, April 2.

She was born in Greenwich on March 27, 1927, the daughter of the late Daniel and Anne Sharkey Doyle and had lived in Norwalk for most of her life. She was a loving mother, grandmother and aunt. She was also predeceased by her brother Daniel Doyle and her sister Dorothy Gavan.

Kathryn was a graduate Greenwich High School and of Katherine Gibbs Secretarial School.

She worked for the City of Norwalk as the Democratic Registrar of Voters and previously had worked at Cooperative Educational Services as an executive secretary. She was a loving mother and grandmother and will be dearly missed by her family. Kathy was actively involved in the Saint Jerome’s Parish for decades. She also volunteered for the Democratic Party and worked at the polls during elections for many years.

A Mass of Christian Burial will be celebrated on Thursday, April 6, 10 am at St. Jerome Church, 23 Half Mile Rd. in Norwalk with burial to follow at St. Mary Cemetery in Greenwich.

Kathryn’s family will receive friends and family at the Magner Funeral Home, 12 Mott Ave., Norwalk on Wednesday from 5-8 PM. In lieu of flowers, contributions may be made to Education and Hope, P.O. Box 486, Norwalk, CT.

For directions or to leave an online condolence, please go to www.magnerfuneralhome.com