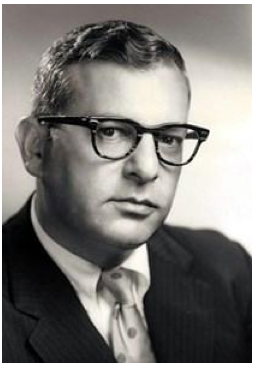 Joseph P. Harris, an award winning theatrical producer and general manager, who has been associated with over 200 Broadway productions, died peacefully at home in Greenwich on Wednesday. He was 87 years old.

Mr. Harris was born in Manhattan on July 2, 1927 and moved to Queens during his childhood. He graduated from Forest Hills High School and was drafted into the Army.

After returning home from serving as part of the occupation forces under General McArthur in Japan, he started his theatrical career as the Assistant General Manager on Finian’s Rainbow, in 1948, working alongside his father, the general manager, Charles Harris.

During his career Mr. Harris crossed paths with many artists, including the legendary Bob Fosse, producing Fosse’s Chicago and the revival of Sweet Charity starring Debbie Allen. Sweet Charity brought him the first of his three Tony Awards for Best Reproduction of a Musical in 1986.

“He is a loss to the industry and to anyone who knew him.” said Dick Wolff, former President of Jujamcyn Theatres. “Joe Harris was one of the nicest, smartest, fairest theatrical personalities I met in my time. We had many good times and laughs together.”

He was the company manager of the 1951 musical, A Tree Grows in Brooklyn, starring Shirley Booth, and his first general manager credit was for the 1952 revival of Golden Boy, starring Lee J. Cobb and Jack Klugman.

Throughout the 1950’s Mr. Harris was the General Manager for numerous shows including the musicals Can Can and Silk Stockings, both with music and lyrics by Cole Porter; Li’l Abner, directed and choreographed by Michael Kidd, with music by Gene DePaul and lyrics by Johnny Mercer; and Most Happy Fella with book, music and lyrics by Frank Loesser. Straight plays he general managed during this time included Two For the Seesaw with Henry Fonda and Anne Bancroft, and The Miracle Worker, again with Anne Bancroft and a young Patty Duke.

Mr. Harris was an early member of the Broadway Show League, playing softball weekly in Central Park for years against other Broadway show teams. His son Joseph recalls being at the games as a youngster, and being entertained by Lucille Ball, the star of Wildcat at the Alvin Theatre, while his father played third base for the Wildcat team on the field.

Wait Until Dark, in 1966, signaled the beginning of a prosperous two-decade collaboration with Ira Bernstein. Shows under their management tutelage include: Pippin, The Apple Tree, 1776, The Norman Conquests trilogy, The Act, and Sophisticated Ladies.

In 1968, Mr. Bernstein and Mr. Harris began producing shows, their first venture being Golden Rainbow starring Eydie Gorme and Steve Lawrence, which ran for 383 performances. Other successful producing credits for Mr. Harris & Mr. Bernstein included Bob Fosse’s Chicago, On the Twentieth Century and The 1940’s Radio Hour. On the Twentieth Century received a Tony nomination for Best Musical in 1978, and The 1940’s Radio Hour was nominated for the Drama Desk Award for Outstanding Musical in 1980. In 1980, they also produced The Roast, directed by Carl Reiner, written by Jerry Belson and Garry Marshall, and starring Peter Boyle and Rob Reiner.

He was involved with many celebrated hit shows during his tenure on Broadway. In his role as general manager, Mr. Harris helped launch the musicals Mame starring Angela Lansbury, directed by Gene Saks; the original Sweet Charity, directed by Bob Fosse and starring Gwen Verdon; Sophisticated Ladies with Gregory Hines and Judith Jameson; and My One and Only with Tommy Tune and Twiggy. Successful plays include Noises Of; Glengarry, Glen Ross; Pgymalion with Peter O’Toole and Amanda Plummer; and Merchant of Venice with Dustin Hoffman. M. Butterfly, with John Lithgow and B. D. Wong ran for 777 performances and garnered the Pulitzer Prize for Drama as well as the Tony Award for Best Play.

In the later years of his career, Mr. Harris produced a number of Irish plays with his cherished friend, Noel Pearson. Foremost among them is Brian Friel’s Dancing at Lughnasa, which won Mr. Harris and Mr. Pearson the 1992 Tony Award for Best Play, and was nominated for a Drama Desk Award for Outstanding New Play. Other Friel plays Mr. Harris and Mr. Pearson produced on Broadway are Translations and Wonderful Tennessee.

Someone Who’ll Watch Over Me by Frank McGuiness, nominated for the Tony Award for Best Play in 1993, was another of the Irish playwrights produced by Mr. Harris and Mr. Pearson in the 1990’s. Their final production together, a revival of An Inspector Calls by J. B. Priestley (a Brit), won Mr. Harris his third Tony Award, for Best Revival of a Play and the Drama Desk Award for Outstanding Play Revival in 1994.

One of Mr. Harris’s fondest roles was as a mentor to those coming up in the industry. Many current theatrical professionals received their start on his shows and remember him warmly. “Joe was very much a second father to me, said Frank Scardino, Executive Director of the Johnny Mercer Foundation and a theatrical producer/general manager. “In a significant way, he was instrumental in the direction and success of my career. We remained close for 40 years.”

In addition to having been a member and serving on the Board of Governors of the Broadway League, Mr. Harris was the first Chairman of the Board of the Directors of the Johnny Mercer Foundation. He also served on the Board of Directors for Production Resource Group and was a long-time member of the Shubert Alley Irregulars.

Mr. Harris was a student of song lyrics and knew hundreds of them by heart. Late night sing-a-longs in the lounge at the Pierre Hotel proved his prowess among challengers and he often gave the piano players a run for their money in trying to remember tunes that Mr. Harris easily had in his arsenal. Family members fondly remember his always singing snatches of songs and talking about the beauty of a Johnny Mercer lyric or the humor in one by Cole Porter.

When the NY Giants (baseball) moved west to San Francisco in 1958, Mr. Harris’s loyalty survived a 3-hour time difference to continue rooting for his team. With the advent of cable and sports TV, Mr. Harris could be found watching west coast Giants games late into the night. One of his final joys was seeing them win the World Series this past October.

Mr. Harris would say that his finest and longest lasting collaboration during his time in the theatre was with Geraldine Delaney, a Broadway dancer, who was introduced to him while she was performing out of town in the original Guys and Dolls as a Hot Box Girl. They were married in December 1953, during a holiday break of Wonderful Town, in which she was appearing and spent the next 39 years together, raising a family in Pomona, NY. Geraldine passed away in 1992.

He is also preceded in death by his mother and father, Jenny and Charles Harris; his brother & Sister in Law, Charles & Eleanor; and sister, Jane. He is survived by children: Jeremiah, James & wife Katharine, Joseph & wife Katherine, and Jennifer Mary; and 6 grandchildren: Robert, John, Mary Kate, Joseph, Elizabeth and Delaney.