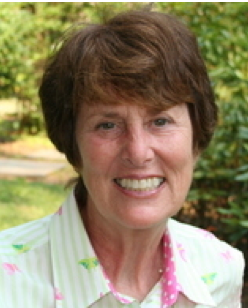 Jerry Snyder Steen, 76, passed away on August 21, 2016 at home in Old Greenwich, CT surrounded by loving family. Always with her signature smile of delight and surprise, Jerry lived her life to the fullest.

She was a passionate ESL and English teacher for Eastern Junior High, Greenwich High School, and local adult education programs. Her engaging spirit and joy of teaching made learning fun for her many students of all ages and backgrounds. Always working to build community, Jerry was devoted to her faith, family, friends, and students.

After touring with the USO, Jerry moved to New York City to study acting. She worked as a model and began her career teaching English on the Lower East Side. While in New York, she met and married her first husband, Stanford Snyder. They had two children, Julie and Kyle, who they raised in Riverside and Old Greenwich.

Jerry was a member of both St. Paul’s Episcopal Church and Second Congregational Church. At St. Paul’s Church, she was a reader and a ‘Stephen Minister’ lay leader.

Jerry was also active with Junior Women’s Club and Greenwich Historical Tours. An avid reader, Jerry was in the same book club for over 30 years; regularly meeting to discuss books and life with her friends. Some of her teaching career highlights included the 1994 Greenwich Distinguished Teacher Award, the 1995 Lillian Butler Davey scholarship to study at Oxford University in England.

She served as debate coach for the GHS debate club. Jerry was often stopped by former students while walking down Greenwich Ave or in the food store. They would say “Do you remember me? You taught me 15 years ago and were my favorite teacher…” Jerry remembered them all.

Jerry met her beloved second husband, Jim Steen, at a Greenwich Symphony and Choral Society concert in 1995. They were married in 1997 during the Sunday morning service at Second Congregational Church. Rarely apart, they enjoyed their church community, taking regular trips to visit family and friends, going on special travel adventures, and doting over their grandchildren to whom she was known as “Gigi.”

A Memorial Service will be held on September 10, at 1:00pm at Second Congregational Church, 139 East Putnam Avenue, Greenwich.

Interment will be a private family service in the Memorial Garden at St. Paul’s Church. In lieu of flowers, donations may be made to Greenwich Home Hospice at http://giving.greenhosp.org/fund