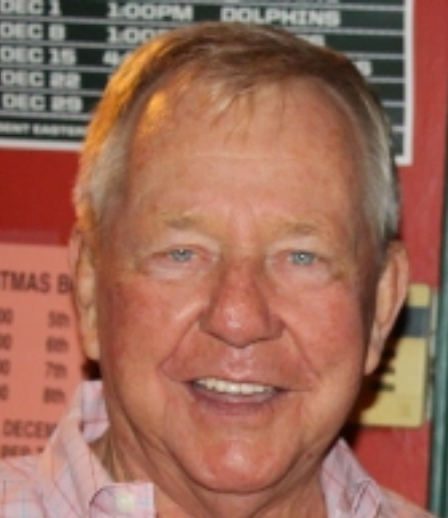 Frank Creamer passed away peacefully at his Greenwich home the morning of Friday, April 6, 2018. He was 79 years old.

Frank was born in Greenwich on November 21, 1938, the tenth child of Leo and Cecilia Creamer. Upon his graduation from Greenwich High School School, Frank enlisted in the United States Marine Corps, serving from 1957 to 1960.

Following his retirement from the Greenwich Police Department in 1989, Frank worked as Manager of the Belle Haven Land Company from 1989 until 2013.

A deeply passionate and generous individual, Frank surrounded himself with family and close friends throughout his life, though his temper often tested the patience of those around him. Frank was predeceased by his wife, Judy Creamer, and is survived by his brother, Leo “Bucky” Creamer, his sister, Jean Haight, his three children, Michael Creamer (Elizabeth Williams), Michele Creamer, and Cyndi Creamer (Craig Zottola), his six grandchildren, Jay Lewis, Andrew Creamer, Laurel Farr, Anna Farr, Zach Zottola and Hailey Zottola, and his dear friend, Clare Brady.

To honor his life, Frank’s friends and family will gather on Wednesday, April 18 from 4:00pm to 8:00pm at Coxe & Graziano Funeral Home, 134 Hamilton Avenue, Greenwich.

Funeral services will be private. In lieu of flowers, donations can be made to the Semper Fi Fund (semperfifund.org).