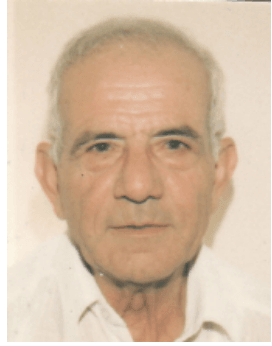 Eugenio L. Pirri, formerly of Greenwich, passed away Thursday October 4 at Danbury Hospital surrounded by his family. He was 96.

Born November 16, 1921 in Rose, Italy to Francesco and Cherubina Pirri, Eugenio fought in the Italian Army in World War II, was a farmer and immigrated to Germany before settling in the United States.

Eugenio worked for many years as a mason and at Pitney Bowes, where he retired. He was an avid gardener. He is predeceased by his first wife Viola.

Eugenio is survived by his beloved wife Gladis Calderone; his loving children Antonio (Elvira) who resides in Italy, Franco (Enza) of Wilton, Cherubina Ricioppo (Quintino) of Danbury and Dario (Anna) of Brookfield; and his nine cherished grand-children and seven great-grandchildren.

He is also survived by his dear sister Rosaria of Montreal. Eugenio is predeceased by his siblings Genaro, Giovanni, Pietro, Angelina, Concetta, Luisa and Iolanda.

To honor his life, family and friends will gather Monday, Oct 8 from 4:00pm – 8:00pm at Coxe & Graziano Funeral Home, 134 Hamilton Avenue in Greenwich.

A Mass of Christian Burial will be held Tuesday, Oct 9, at 10:00am at St. Roch’s Church followed by entombment at St. Mary’s Cemetery, Greenwich.