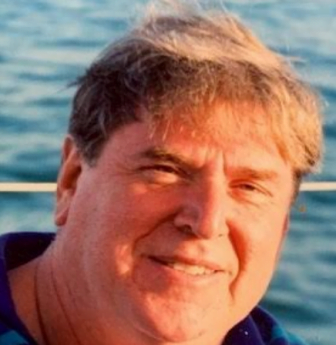 Cary was born in 1938 in New York City and grew up in Brooklyn where he made lifelong friends and memories. Cary is the beloved husband of Mona May (Halpin) who he married in 1962 in Brooklyn.

He served in the United States Army, stationed in postwar Germany. He started his career on the New York Stock Exchange as a runner, advancing to become a Bond Trader. For more than 50 years, Cary worked at several brokerage firms, ultimately retiring from Murphy & Durieu. He was well-known and highly respected in his field and continued to trade beyond retirement using his talent, experience and keen sense of the financial markets until his sudden passing.

A devout Catholic, he belonged to the Knights of Columbus and was an active parishioner of St. Michael the Archangel Church in Greenwich and was awarded the Saint Augustine Medal of Service from Bishop William E. Lori in 2013. Cary strongly believed in the importance of Catholic school education and was very generous towards those that needed financial support. As a parent and grandparent, he was involved in the Greenwich Catholic School community. His seven children as well as several grandchildren graduated from GCS, with some currently in attendance.

He was also a longtime member of The Milbrook Club where he loved swimming with his 16 grandchildren. Cary relished his time with his family and friends, traveling with Mona, playing cards, watching classic movies, hosting large parties and telling and retelling old jokes and stories.

Family and friends are welcome to gather on Friday, February 7, from 4 to 8:00pm at Coxe & Graziano Funeral Home 134 Hamilton Ave Greenwich, 203-869-5968. A Funeral Mass will be held on Saturday at 11:00am at St Michael the Archangel Church followed by services at St. Mary’s Cemetery. For more information please visit www.coxeandgraziano.com

In memory of Cary, donations may be made to The May Family Scholarship fund at Greenwich Catholic School, 471 North Street, Greenwich, Conn., 06830.