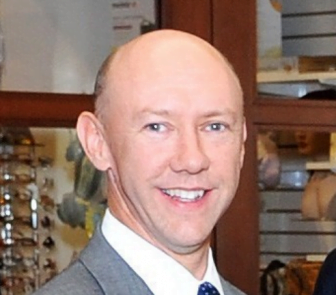 Brian John Doran, M.D., longtime resident of Greenwich, passed away on Tuesday August 20th at the age of 51.

Brian was born in Dublin, Ireland, the son of John and Bernadette Doran. He attended and earned his medical degree from Chicago Medical School. He completed his residency in Emergency Medicine at Yale New Haven Hospital, where he was Chief Resident. Following residency, Brian worked at Greenwich Hospital as an Emergency Medicine physician, later becoming Director of the Emergency Department, Chief Medical Officer and eventually Executive Vice President & Chief Operating Officer. Additionally, Brian earned a Master of Healthcare Administration from the Harvard School of Public Health.

Brian was a member of the Harvard Club of New York City. He enjoyed traveling, sailing and spending time with his family. Throughout his professional and private life, he was passionate about helping others and serving the community.

Brian is survived by his sons Jack, William and Charlie, his mother Bernadette Doran, his brothers Mark, Paul & Liam, Liam’s wife Sarah and their two children Pierce and Gray, as well as his partner Tami McCumons. He is predeceased by his father John Doran.

In lieu of flowers, memorial donations may be made to Regional Hospice and Palliative Care Center, 30 Milestone Rd, Danbury, CT or the American Cancer Society.