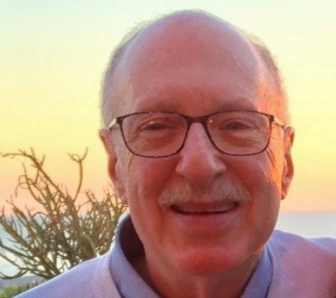 Arthur J. Wichman (Art), a resident of Riverside for almost 40 years, passed away at his home on April 24, 2020. The cause was pancreatic cancer. He was just short of his 78th birthday.

Art was born in Paterson, NJ, the son of Jacob (Jack) Wichman and Charlotte (Weiner) Wichman. He graduated from Rutgers University in 1963 and did his graduate studies in finance at New York University.

Art worked in several investment-related jobs before beginning a long and distinguished career with JP Morgan Investment Management in 1981. He rose to Managing Director in the Healthcare and Biotech investment group, where he remained until his retirement in 2005.

Art was known by all for his kindness, his warmth, his devotion to his family, and his generosity. This led him to volunteer with Greenwich Call-A-Ride and Jewish Family Services of Greenwich, where he served as Treasurer and then President. In recent years, he continued to be an active JFS board member and also tutored children twice a week at Building One Community, an immigrant support center in Stamford. He loved theater, opera, sports, and was an avid bridge player.

He is survived by his beloved wife of 50 years, Anne, his adored children – Daniel, of Greenwich, Michael, of Darien, and Sarah, of Brooklyn, and his cherished daughters-in-law Rosanne and Karin. He took so much joy in his four grandsons – Jacob and David, and Charlie and Ethan.

Nothing made him happier than spending time with his family and friends.

Please consider a donation in his name to Jewish Family Services of Greenwich or Building One Community.