Anthony William Muskus, aka Dubby to his family and friends, resident of Greenwich, CT went to be with the Lord on January 1, 2020 at the age of 95 after a brief residence at the NYS Veterans Home in Montrose, NY.

Mr. Muskus’ parents came to live in Greenwich in 1905 and raised seven children. At the age of 17, Mr. Muskus enlisted in the US Navy. He married his sweetheart, Inga Thorenz in 1948, raised two daughters and spent many years traveling later in life until Inga’s death in 2006.

Prior to retiring from the U.S. Navy, he spent six years in Seaplane Squadrons as an U. S. Navy Aviation Mechanist Mate. The first two and a half years in the Caribbean on the hunt for German submarines. The remaining half was in the Pacific looking for any pilot who fell in the ocean or someone who was sick on a ship. 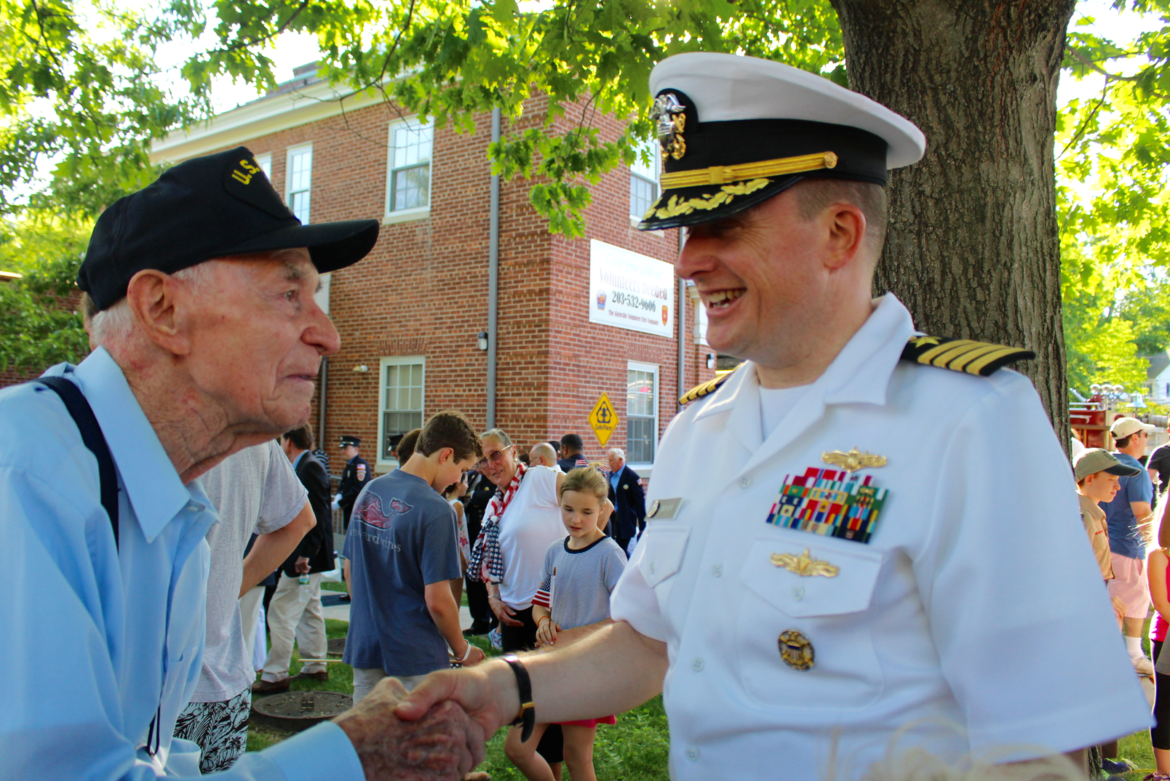 Throughout the years he was honored with many awards but the most recent was The Covey Cup Foundation Certificate of Appreciation for his service in World War II. He worked for many years at Barnes Engineering in Stamford, CT, as an Electronic Engineer.

His hobbies were playing golf, bowling, making airplane models, watching Jeopardy, and telling his war stories to family, friends and all who met him. Mr. Muskus was a very kind, caring and helpful person who touched the hearts of everyone.

Mr. Muskus, loving father, is survived by his two daughters, Lynn Sawyer and Donna DiPietro, his son-in-law Peter DiPietro, and attentive grandfather of Daniel DiPietro. He was a devoted son, father, brother and friend. He was truly loved and will be missed until we meet again in heaven.