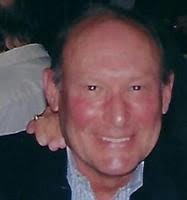 Allan H. Bernard, of Greenwich, CT passed away on Feb. 25, 2019 due to complications from heart disease.

Born on Feb. 18, 1932 in Brooklyn, N.Y., he graduated from The Wharton School at the University of Pennsylvania, class of 1953 and then attended NYU Business School. He was a Korean War veteran.

A longtime textile industry executive, he moved to Greenwich, CT from Los Angeles, Calif. in 1974 after the family business was sold to Consolidated Foods Corp/Sara Lee, and he was made President of the new division based in NYC.

In his retirement years he was a Trustee and V.P. of the American Classical Orchestra and was a member of the State Commission on National and Community Service (Americorps).

He also volunteered for the State office of Adult Probation in Norwalk and was an Assistant in Congressman Chris Shay’s office for many years.

Locally he served as the Treasurer of The Housing Authority for the Town of Greenwich and served on a committee for The Friends of Greenwich Library. He was an avid tennis player, and continued to play well into his eighties.

He is survived by his wife of 62 years, Nancy Stone Bernard, his sons: Nicholas of Scottsdale, AZ, Matthew of Greenwich and Jason of Sudbury, MA and five grandchildren.

A memorial service will be held at a later date. Donations in his memory can be made to The Greenwich Library’s Reimagine Campaign.