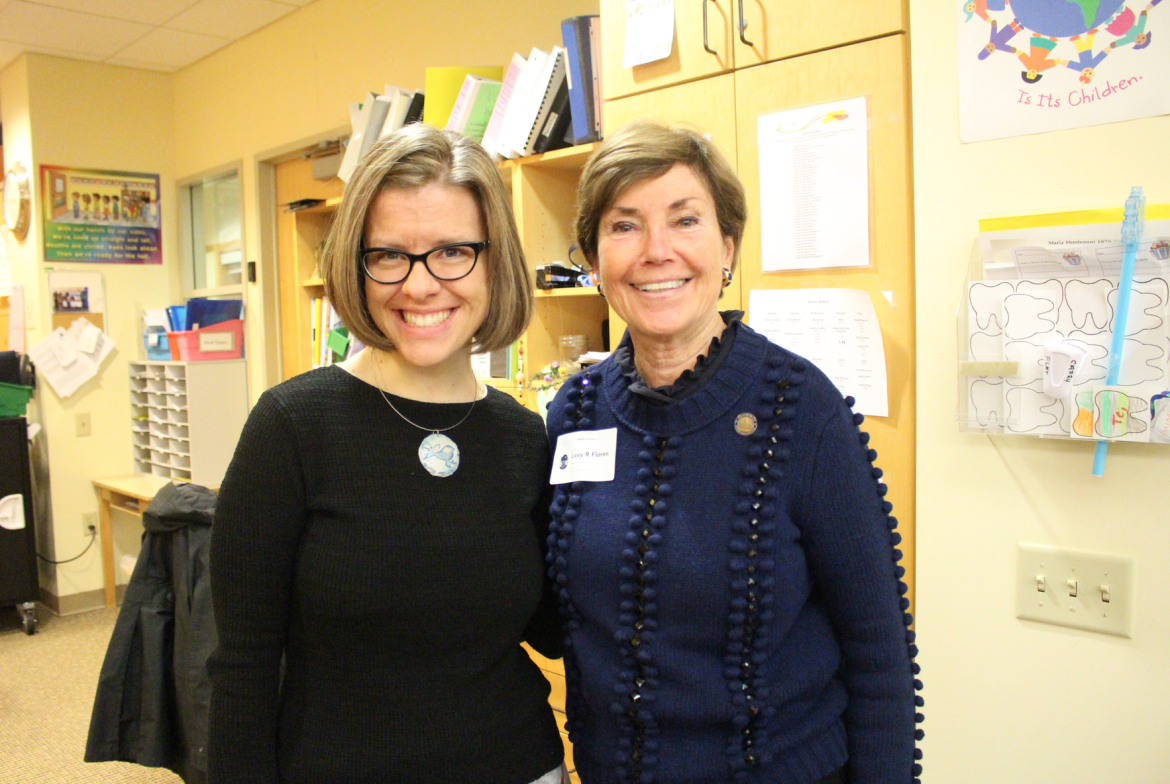 Mrs. Floren brought along a book called My Teacher for President. and introduced it by asking the children whether they were aware a presidential election is in the making, and whether they’d heard the names Sanders, Cruz and Trump. 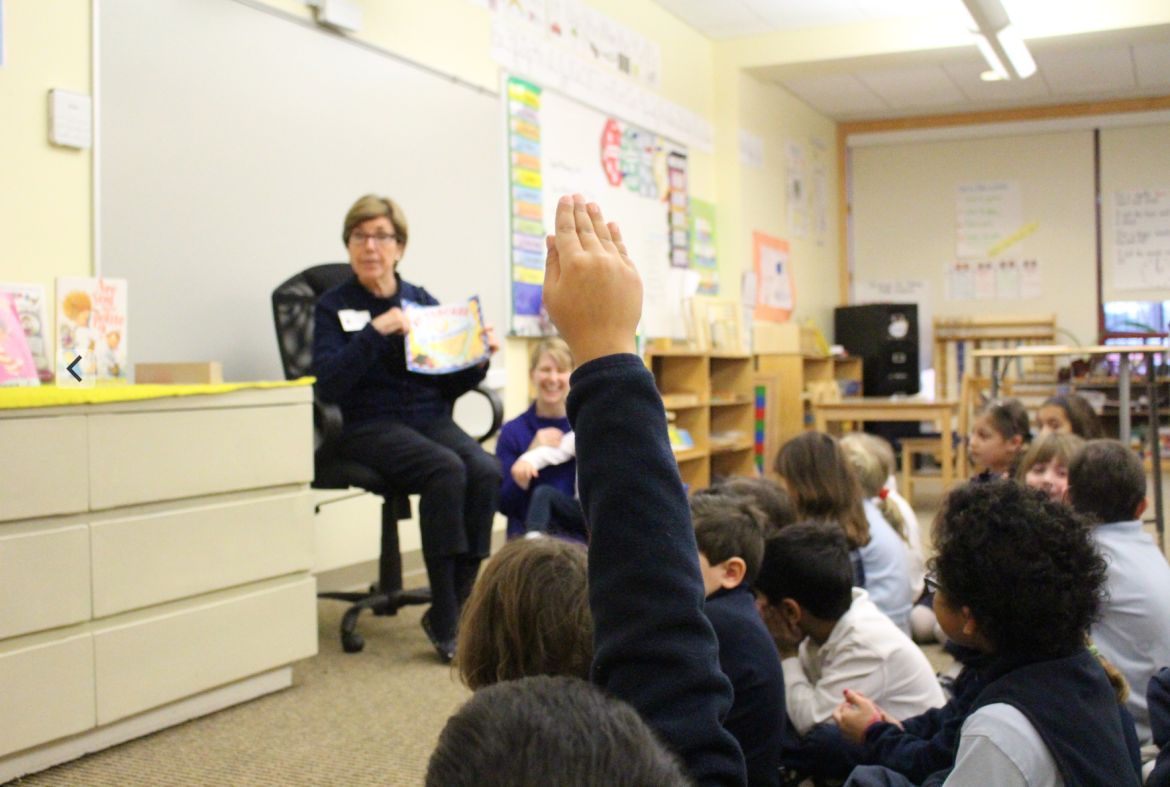 The children, albeit just first and second graders, were quite aware, and, in fact, had some opinions formed!

With that, Mrs. Floren jumped into the book, written from the point of view of a young child recommending their teacher for president of the United States.

“My teacher loves white houses. My teacher is used to being followed around everywhere. When my teacher walks into a room, people pay attention. …She deals with media attention every day.” 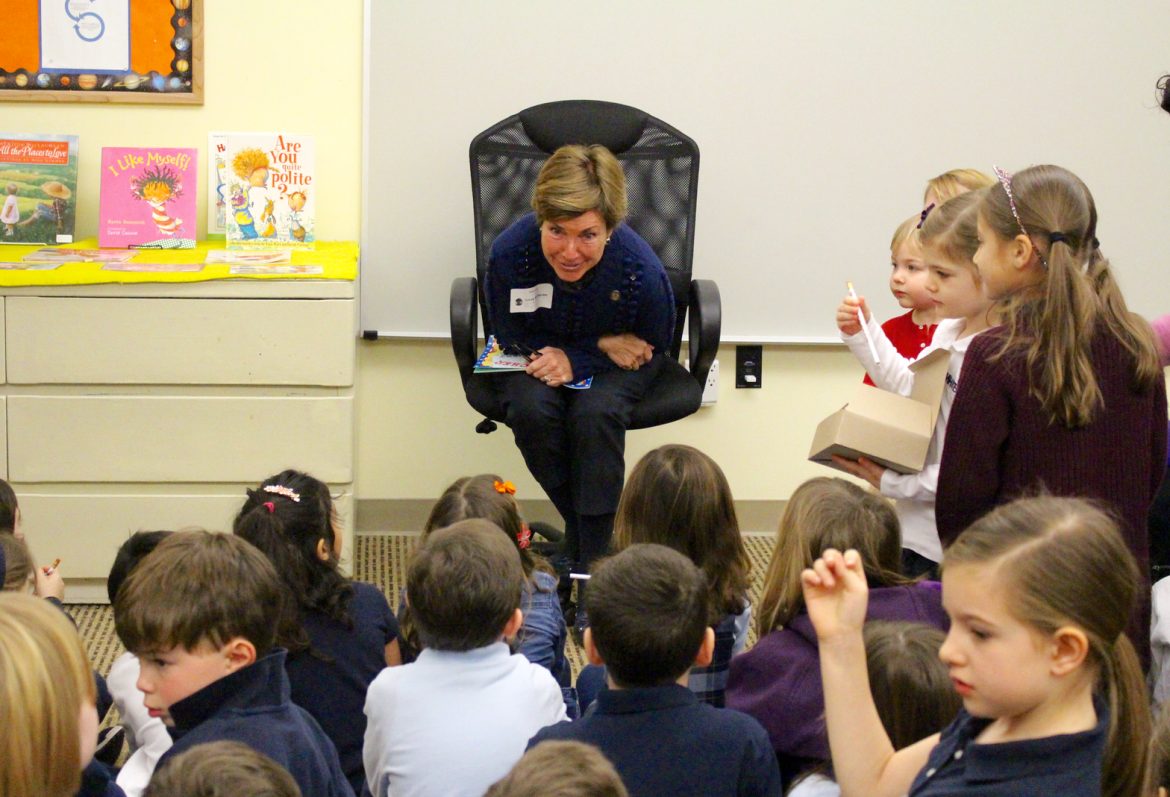 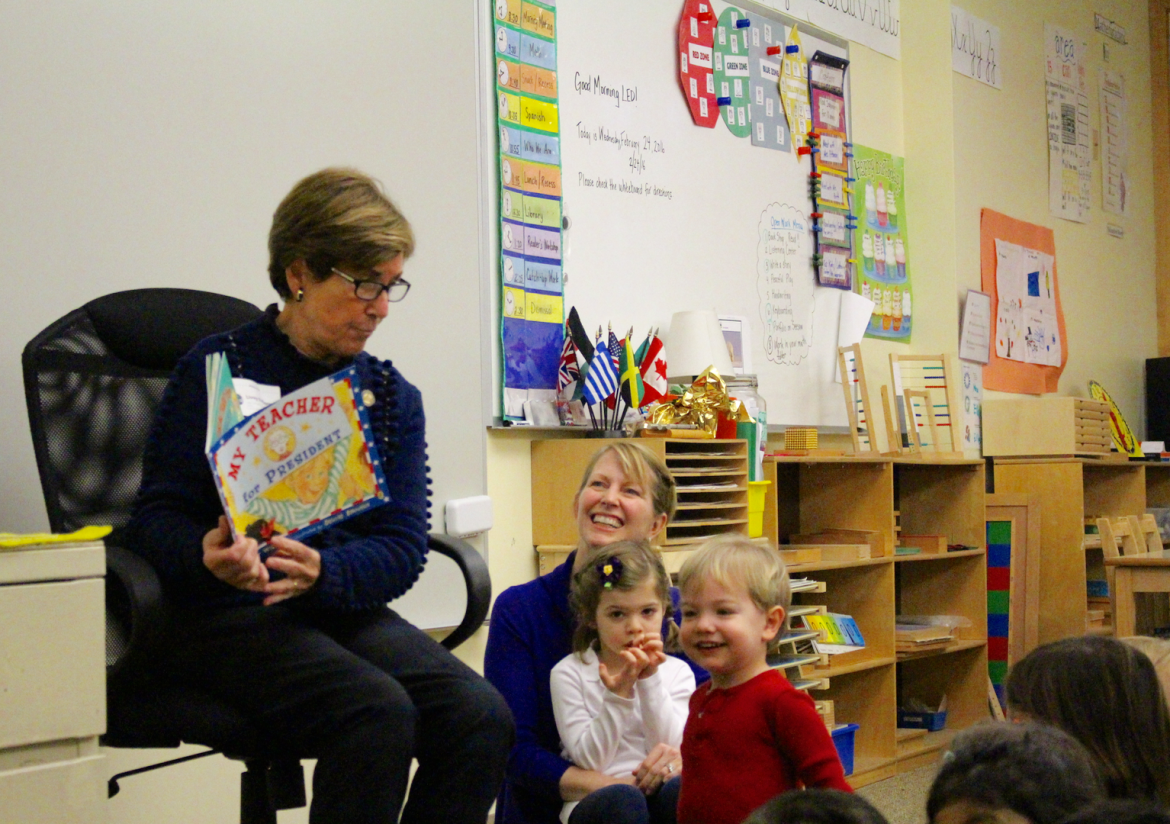 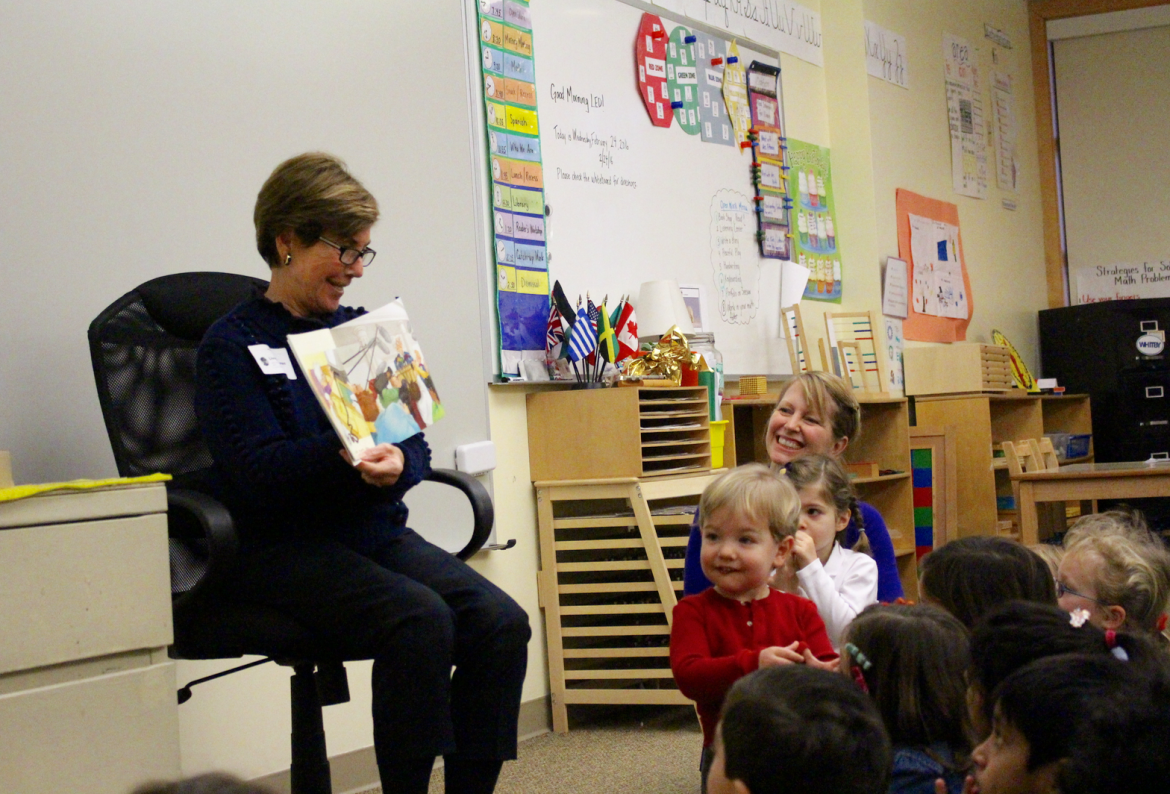