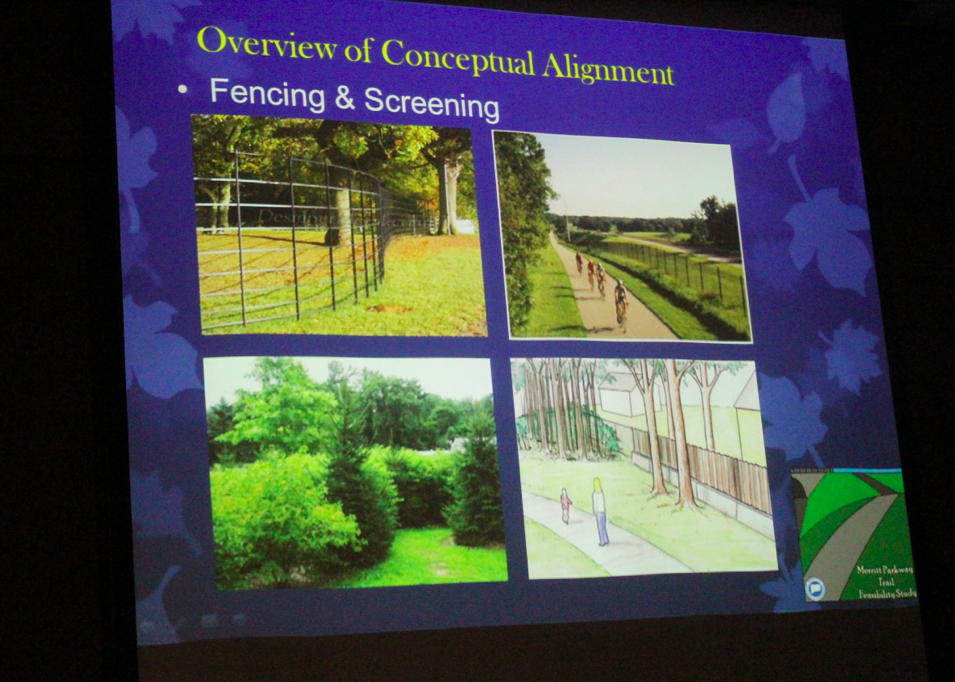 Thank you for hosting the public information meeting on the proposed Merritt Parkway multi-use Trail Feasibility Study on Tuesday, Sept. 16 at the Greenwich Town Hall.

The estimated cost of the multi-use trail of $200 to 250 million dollars is a misappropriation of tax dollars at a time when our existing transportation infrastructure requires additional funding and greater attention. The imposition on municipalities to bear the cost of maintenance and possibly legal liability is egregious.

The feasibility of this proposal is dependent upon municipal involvement to support bridges and tunnels to cross local roads and increased use of local roads imposes further burden on municipal infrastructure with no State reimbursement.

There are presently no existing state owned commuter lots to provide users accessibility to the trail and residents are concerned about the security of their property.

This is a misdirected use of taxpayer resources and I would call upon the State of Connecticut Department of Transportation to cease further activity on this project and devote the resources used for this to bringing our existing infrastructure to an acceptable standard.