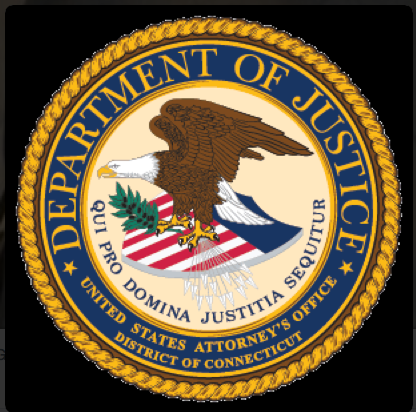 The following “Statement of Conscience” was Submitted by the US Attorney Dist of Connecticut, FBI, New Haven Mayor, Police and two dozen Members of the Clergy

Our hearts are saddened by the massacre at Mother Emanuel AME Church in Charleston, South Carolina, and we extend our deepest sympathies to the families and friends of the victims.  We choose to not be silent at this moment in our nation’s history, but to be clear about where we stand.  We condemn all acts of violence and are especially sensitive to violence motivated by racial hatred.  We commend the people of Emanuel and Charleston for their inspiring response to this tragedy.

As we stand in solidarity with Mother Emanuel and Charleston, we know that many of our friends and neighbors worry whether such events could take place in New Haven.  Although we cannot prevent all acts of violence, members of the African American clergy, the larger New Haven faith community, the New Haven Police Department, the United States Attorney’s Office for the District of Connecticut, the Federal Bureau of Investigation, the New Haven State’s Attorney’s Office and Project Longevity remain committed to working together to promote the safety of all our residents and to create an environment of trust that recognizes the humanity and dignity of every member of our community.

Over the last three years, the New Haven Police Department’s reinstitution of community policing, the U.S. Attorney’s Office’s outreach efforts, and initiatives of the African American clergy have strengthened the ties between the local community and its law enforcement partners.  We are committed to deepening those ties.

At the same time, we recognize that recent events have brought into stark relief the unhealed wounds created by our nation’s tortuous history of slavery and racism.  We recognize, as the United States House of Representatives acknowledged in its 2008 apology for slavery, that “African-Americans continue to suffer from the complex interplay between slavery and Jim Crow. . . through enormous damage and loss, both tangible and intangible, including the loss of human dignity, the frustration of careers and professional lives, and the long-term loss of income and opportunity.”

We live in a nation with a history of racism and none of us can escape that legacy. But we can deepen our understanding of that history and work to heal from it.  We commit to doing our part to promote that vital healing.  We commit to work together to foster a continuing community conversation that will help us all look with fresh eyes at our history and its impact on our lives today — to look at how stereotypes created four hundred years ago to justify the enslavement of Black people still shape public and private perceptions and actions.

We will ensure that racial violence will never be accepted in New Haven or the rest of Connecticut.  We will foster an environment of trust and respect, and we will boldly create opportunities to promote racial healing and reconciliation that will lead to genuine racial and economic justice.  We cannot bring back the nine lives lost in Charleston, but we will honor their memories by working together to prevent such tragedies from befalling other families.