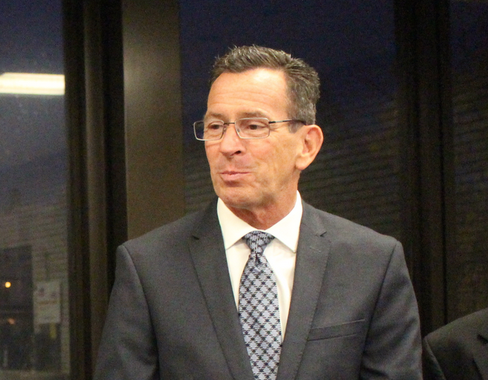 Governor Dannel Malloy and Lt Governor Nancy Wyman released statements in response to the 21-14 vote in the State Senate giving final approval to legislation opting Connecticut into the National Popular Vote Interstate Compact – “NPV” – under which Connecticut will allocate its electoral votes to the presidential candidate who wins the most popular votes.

This compact does not take effect until enough states sign on to guarantee that the national popular vote winner wins the presidency.

“With the exception of the presidency, every elected office in the country, from city council, to United States senator, to governor, is awarded the candidate who receives the most votes,” Governor Malloy said. “The vote of every American citizen should count equally, yet under the current system, voters from sparsely populated states are awarded significantly more power than those from states like Connecticut. This is fundamentally unfair. ”

Malloy went on to say the NPV compact will ensure an equal vote for every American citizen, regardless of which state they happen to live in.

“I applaud the General Assembly for passing this commonsense legislation,” he said.

“From young people going to the polls for the first time, to residents who never miss a chance to cast a ballot, citizens must trust that they have a voice in choosing their president,” said Lt. Governor Wyman. “This legislation is a step in that direction and I commend the legislature for sending it to the Governor’s desk.”

Wyman described voting as a foundation of democracy, a fundamental responsibility, and one of the highest forms of civic engagement.

The legislation is House Bill 5421, An Act Adopting the Interstate Compact to Elect the President of the United States by National Popular Vote.

The legislation passed the House of Representatives on April 26 by a vote of 77-73.

It next will be transmitted to the Governor’s desk for his signature.