The campaign signs might have come down a month ago, but it was just last week that Greenwich election officials put the finishing touches on the 2019 election cycle with Poll Worker Appreciation Day.

Republican Registrar Fred DeCaro first conceived of the idea in 2015 as another way to retain good poll workers and allow candidates an opportunity to personally thank them.

“Rising at 4:00am isn’t for the faint of heart,” DeCaro said in a release. “Arriving at your polling place at 5am, and preparing to greet two or three thousand electors over the next fourteen hours with a smile is not an easy task.” 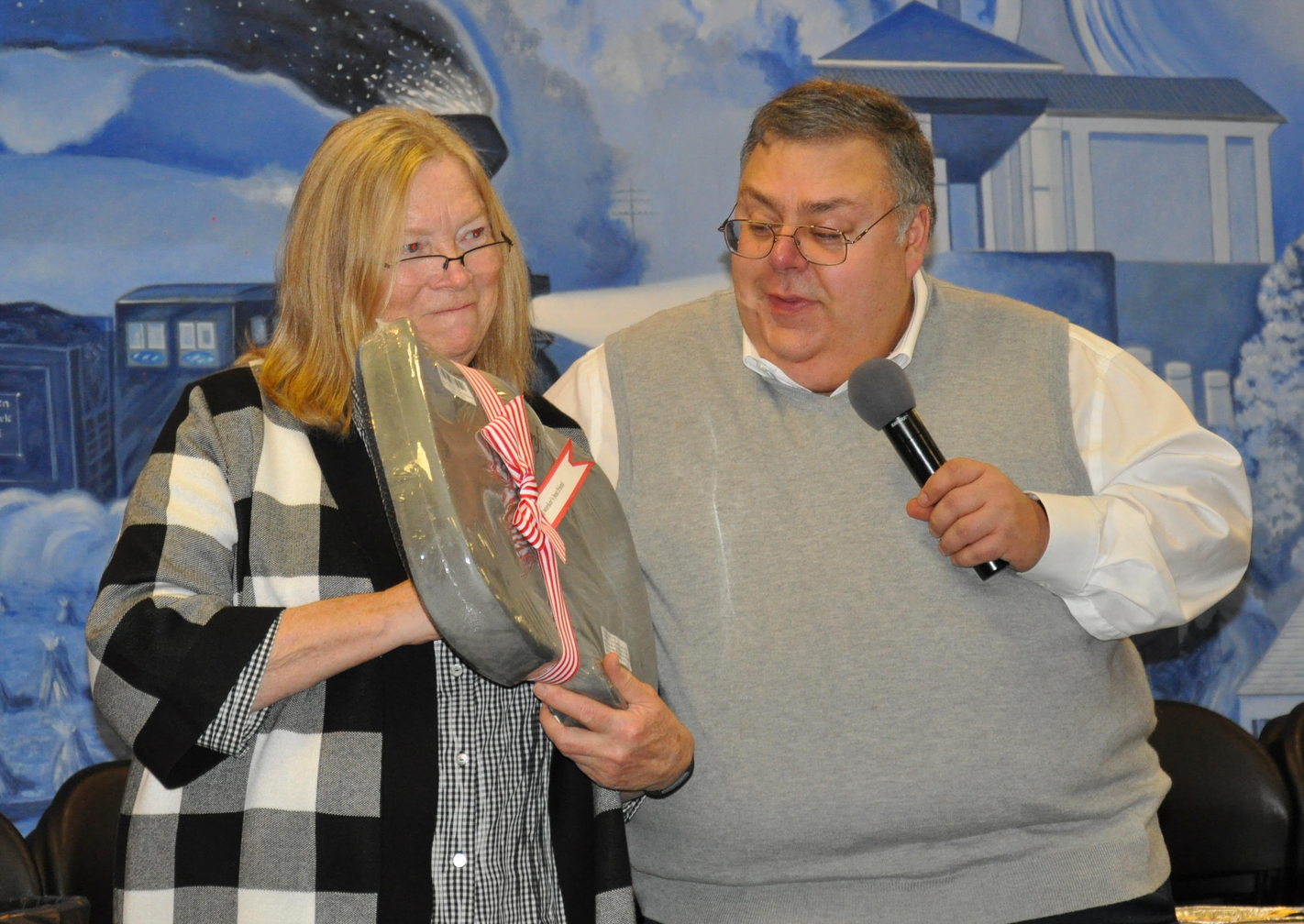 Also DeCaro said excitement built for the official announcement of the winner of the Greenwich Turnout Trophy.

District 5 was the inaugural winner with a turnout of approximately 55% of registered voters – a tremendous achievement when compared to the statewide average of only 33.5% voting.

Several of the District 5 poll workers were in attendance and Moderator Tina Corlett requested the trophy be displayed at all elections at District 5 until it was awarded against next December.

The Greenwich Turnout Trophy was originated by DeCaro as a local version of the Democracy Cup, which is a statewide award to towns presented every two years.  DeCaro was on hand with former Democratic Registrar Sharon Vecchiolla to receive that award when Greenwich won it in 2016.  He also bid the trophy farewell when it was carted off to West Hartford in 2018.  DeCaro and his new Democratic partner Mary Hegarty are unified in their desire to bring the Democracy Cup back to Greenwich after the 2020 election.

“It’s an exciting time to be a Registrar, because civic engagement is  robust,” said Democratic Registrar of Voters Mary Hegarty, who was elected in 2018.”Voter participation is increasing. What’s special about our Registrars of Voters office is that we are a model of cooperation and civility.  Each and every voter is treated as a valuable participant in the democratic process  because every vote matters.”

Hegarty added her own bit of whimsy to the event with short phrases tied to each of the four seat cushions given out as door prizes.  The favorite of the crowd:  “Election work is not a cushy job.”