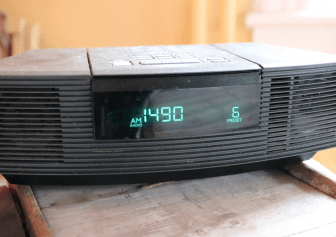 Devotees of WGCH 1490AM radio were recently able to resume listening to the longtime local radio station with a clear signal.

The transmitter had been housed there since the station debuted in Sep 1964.

The building had changed ownership last summer when it was sold from Seawatch Associates LLC (registered to Brian O’Connor and Marjorie M Rowe Revocable Trust)  to 177WPA, LLC (registered to Alexander Gurevich) on June 17, 2019 for $5,150,000. According to Loopnet, the two story building is on .48 acre in the GB zone was built in 1953.

The station instructed listeners to go to 105.5 FM to hear WGCH, or stream the station on WGCH.com. 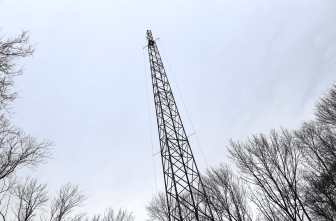 After turning off the transmitter on West Putnan Ave on Dec 31, station owner Rocco Forte located a small, temporary transmitter to help supplement 105.5FM, which is licensed in Stamford. The signal came in well on the east side of town and Stamford and towns to the east, but not so strong in other parts of Greenwich.

Listeners had also been encouraged to stream the station live on WGCH.com.

Reached by email on Sunday, Mr. Forte declined to say where the new antenna and transmitter are located as they are not electronically secure.

Asked if the station was still for sale, he said, “I am not considering it at this time.”