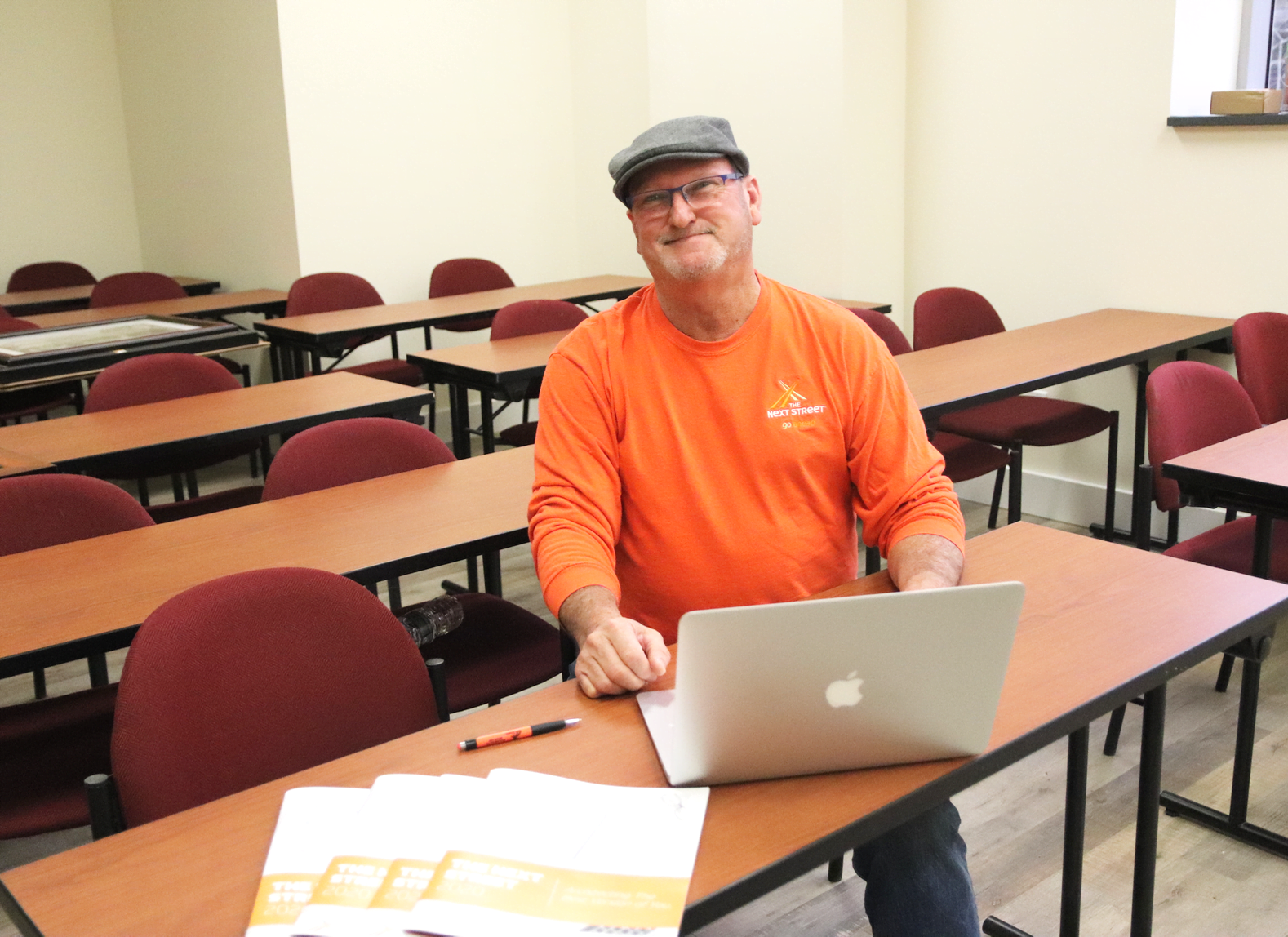 Bob Watters, Southern Regional Manager at The Next Street, in the company’s newly opened Greenwich location. The company has 92 locations in Connecticut. Jan 10, 2020 Photo: Leslie Yager

A new driving school has opened in Greenwich.

The Next Street is open for business at 177 West Putnam Avenue.

On Friday Bob Watters, the company’s Southern Regional Manager, showed off a recently reconfigured space in the office building.

With an entrance at the back of the building, the space now features a spacious classroom and testing room.

The company, which already has 92 locations in Connecticut, tested over 7,000 students last year.

Watters said the school has affordable prices and fantastic customer service, and students don’t have to go to the DMV for their driving test. All testing will be done on West Putnam Avenue.

The company has 100 cars on the road in Connecticut. In Greenwich they are starting with one or two cars and will bring in more as needed.

“It’s important to always have availability for students to take lessons. That’s why we predominantly work after school and on weekends,” he said.

“We’re excited to be in Greenwich!” Watters continued, adding that the company originated in Watertown, CT and fanned out throughout the state, recently opening in Old Saybrook and Norwich to the east, and now in Greenwich.

The appeal to public schools who bring in The Next Street is a cost savings.

At Staples in Westport, Watters said driving lessons were previously offered as part of the curriculum. “They reached out to us,” he said. “They cut it out because of budgets. When we work with high schools, we pay them per student. We go in through adult ed, or through PE programs and give the school money per student.”

Watters said The Next Street is the biggest driving school in Connecticut, but the company is actually a small family owned business.

“We have great instructors, and give a great program at a very fair price.”– Bob Watters

Watters said his company is keen on providing excellent customer service and has 8 people answering phones in the call center, full time. “You’ll never call and get an answering machine,” he said.

Also, he said the website has abundant YouTube videos as well as prep books available to download for free for students hoping to get their permits.

There are also more practice tests on the company’s website than there are on the DMV website. There is even a prep book for parents to help make the process smooth.

Watters said his company’s mission goes beyond helping students get their driver’s license.

“We’re trying to change the culture of the roads and make it safe for everyone on the road,” Watters said.

In Greenwich, driving lessons will originate on Hillside Rd at Greenwich High School and at 177 West Putnam Ave.

They also offer an accelerated program in the summer, where aspiring drivers complete 30 hours of course work in just two weeks.

And, for adults who need to take the 8-hour safe driving course, they can complete that and receive their certificate in one day.

Other unique features of the company are that they hold the parent class first, so parents can ask questions about the company and meet their child’s instructor.

And, because the company has so many nearby locations, including one on Summer Street in Stamford, if a student misses a class, he or she can make it up at another location.

The Next Street also teaches students how to drive manual shift, but only to drivers who already have a license.

And, Watters said The Next Street is the only school in Connecticut to offer driver rehab.

“If you get injured, and lose use of arm or a leg, we have a van we put you in, and figure out what you need. That way you can adapt a vehicle and won’t lose your independence,” Watters explained. “We are the only school in state do that. It was a costly investment, but we want to help anybody drive who needs to drive.”

Yet another unique offering is that The Next Street offers au pair evaluations.

“If you’re putting your kid in the car with an au pair with a driver’s license from another country, we’ll let you know where they are as a driver. We’ll have them drive to where the child’s school is, for example.”

They offer $100 off the full driver education course. Use the code: GRAND.

Another offer is $25 off the 8 Hour Safe Driving Course with the Code: OPEN.