On Friday Lisa Wexler announced she will depart from her gig at WGCH 1490 AM where since 2015 she has broadcast during the weekday drive time, 4:00pm to 6:00pm with topics including the day’s events, as well as cultural trends, scientific breakthroughs, lifestyle choices and social and political happenings. Her show features host monologues, guests and call-ins from listeners.

“I have loved every minute of my time in Greenwich broadcasting here and getting to know this wonderful community,” Wexler said in an email Friday morning. “WGCH is a great local station and deserves everyone’s support. AM 600 is also heard in Greenwich and I hope my listeners will find me from 10:00am to Noon Monday to Friday. I’ll continue to cover Greenwich closely because it’s such an important and influential town.”

Wexler, who livest in Westport with her husband Bill, said as much as she’ll miss WGCH and the Town of Greenwich, she will not miss the commute.

Wexler, who was previously with WFAS, is also an attorney and Probate Court judge for the Westport/Weston Judicial District, splitting time in court with her time behind the live radio mic.

She has won the Gracie Award, the Best of Gold Coast three times, the Best of Westchester and the Connecticut Press Club Award.

In 2010, she published Secrets of a Jewish Mother, which she co-wrote with her sister Jill Zarin (from the original cast of the Real Housewives of New York) and Gloria Kamen. The book features recipes, advice, and parenting tips.

Currently WGCH’s is for sale from its owners, Rocco and Susan Forte.

Mr. Forte who is president of the station, purchased it in 2013 out of bankruptcy from Business Talk Radio Network. The station is housed upstairs at 71 Lewis Street. Mr. Forte recently told Greenwich Time he was trying to to keep the station local and retain the format rather than see it change to a religious format, adding that religious stations have shown interest in purchasing the station.

WGCH is Greenwich’s only radio station. With its news/talk format, the station broadcasts 24 hours a day and is also live streamed at WGCH.com. The morning News Center is run by Tony Savino with backup by Jim Campbell.

In addition to the daily Lisa Wexler Show, other regular shows include the Ask the Selectman with Peter Tesei, Jen Gaziano’s Time to Talk, and Gideon Fountain and Johnathan Wilcox’s Your Greenwich House.

There are also regular interviews with the elected officials including Stamford Mayor David Martin of Stamford, Senator Richard Blumenthal, Congressman Jim Himes, Greenwich Police Chief, Greenwich Fire Chief, Director of Planning & Zoning and Chair of the Board of Education. 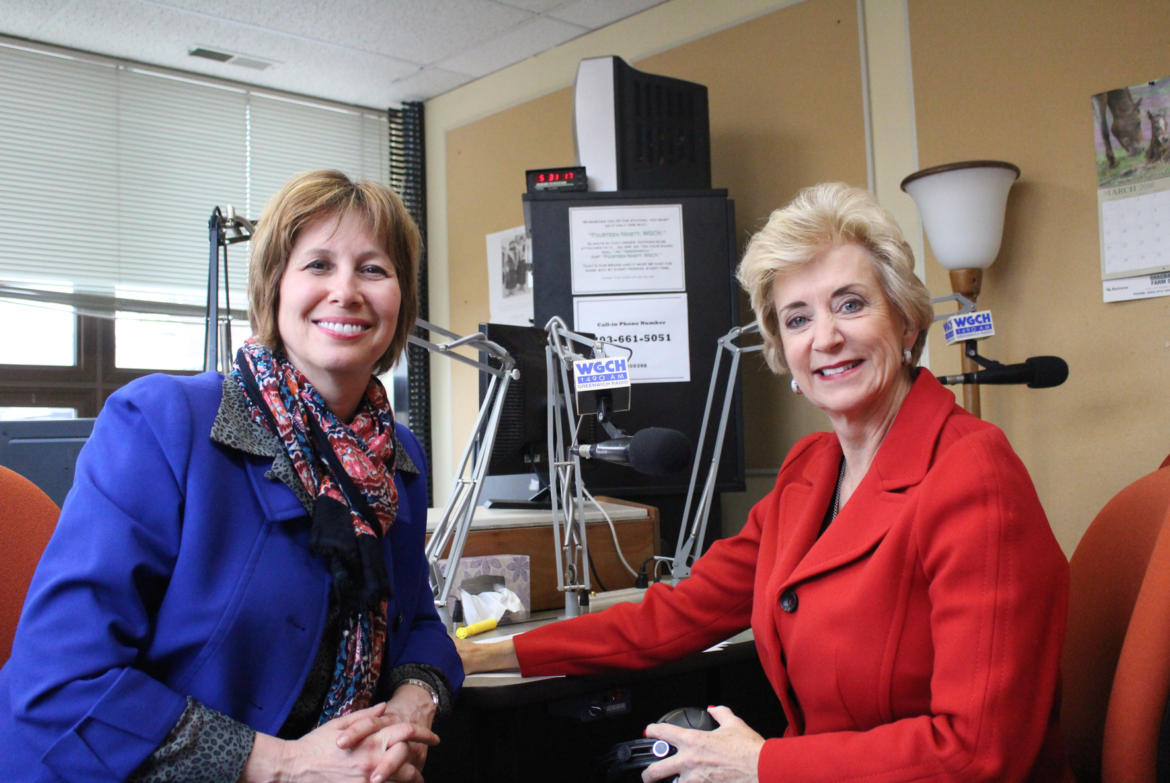