Twenty-two-year-old Elliot Rodger, son of Hunger Games Assistant Director Peter Rodger, has allegedly gone on a shooting rampage in Santa Barbara California, close to UCSB campus. Rodger is suspected of shooting six people dead in what is described as “a rage  against being rejected by women.”

According to The Telegraph, “The shootings broke out in the affluent Isla Vista neighbourhood of Santa Barbara next to a college campus at about 9.30pm as young people milled through the streets on their way to and from restaurants, cafes and bars.”

The full story is available on The Telegraph website. 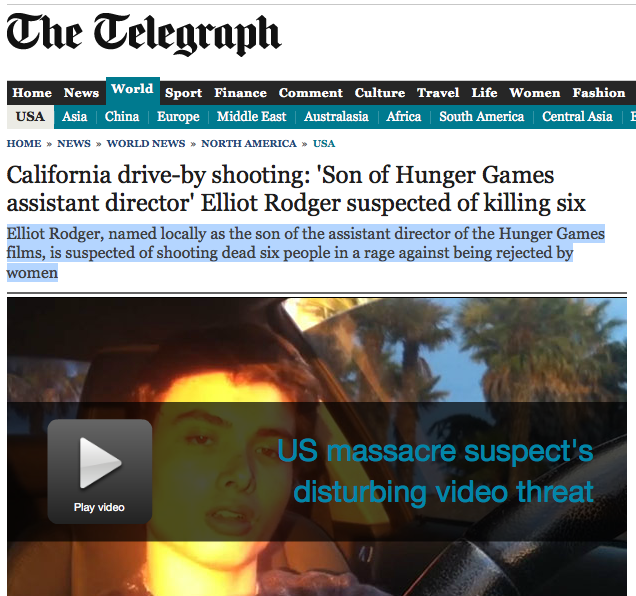 Screenshot of The Telegraph Homepage.