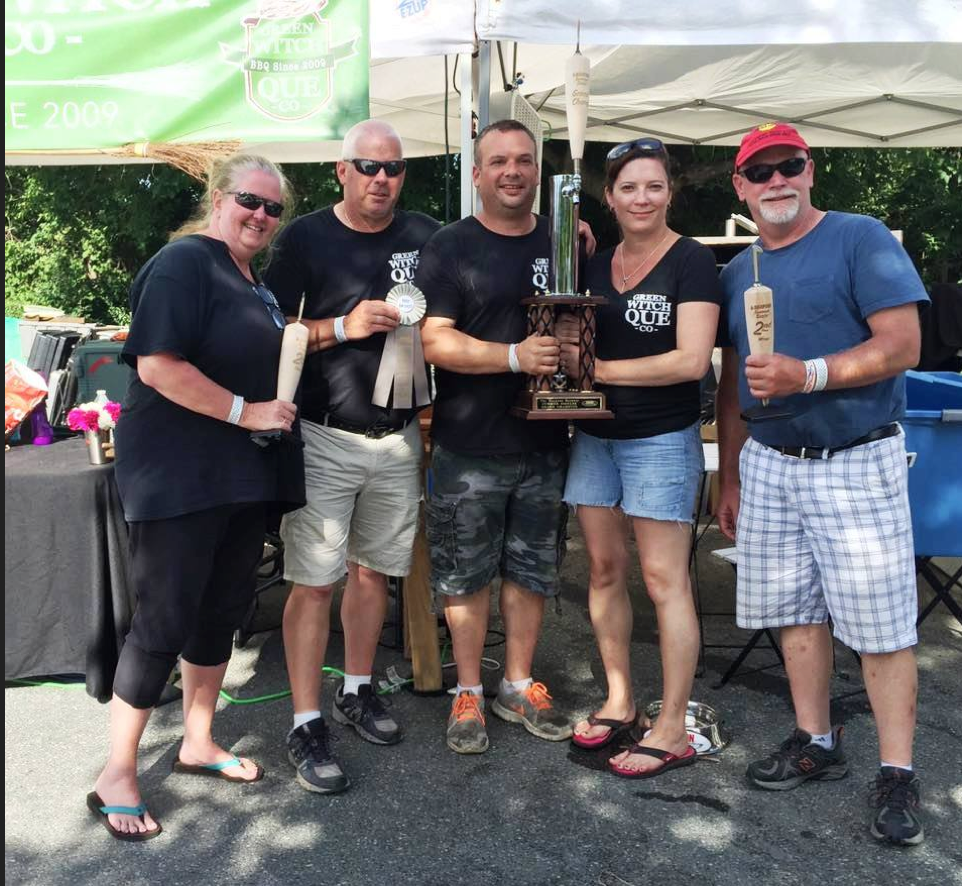 Greenwich’s own Samantha and John Ambrogio have a competition BBQ team based out of Greenwich:  Greenwitch Que Co. We compete in about 5 competitions annually since 2009. I believe we are the only local team from Greenwich.

This weekend the team competed at the 2016 Harpoon Brewery BBQ Fest in Windsor, Vermont where they won their very first Grand Champion Title! 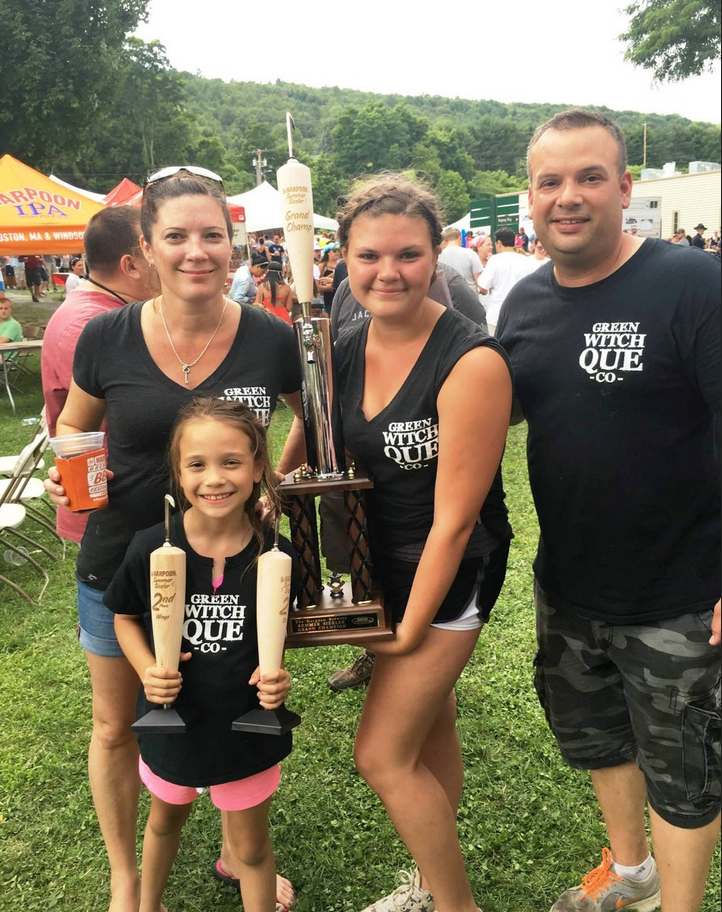 While the Ambrogios have won numerous awards over the years including several 1st place people’s choice and 1st place pulled pork, this was their very first Grand Champ title. 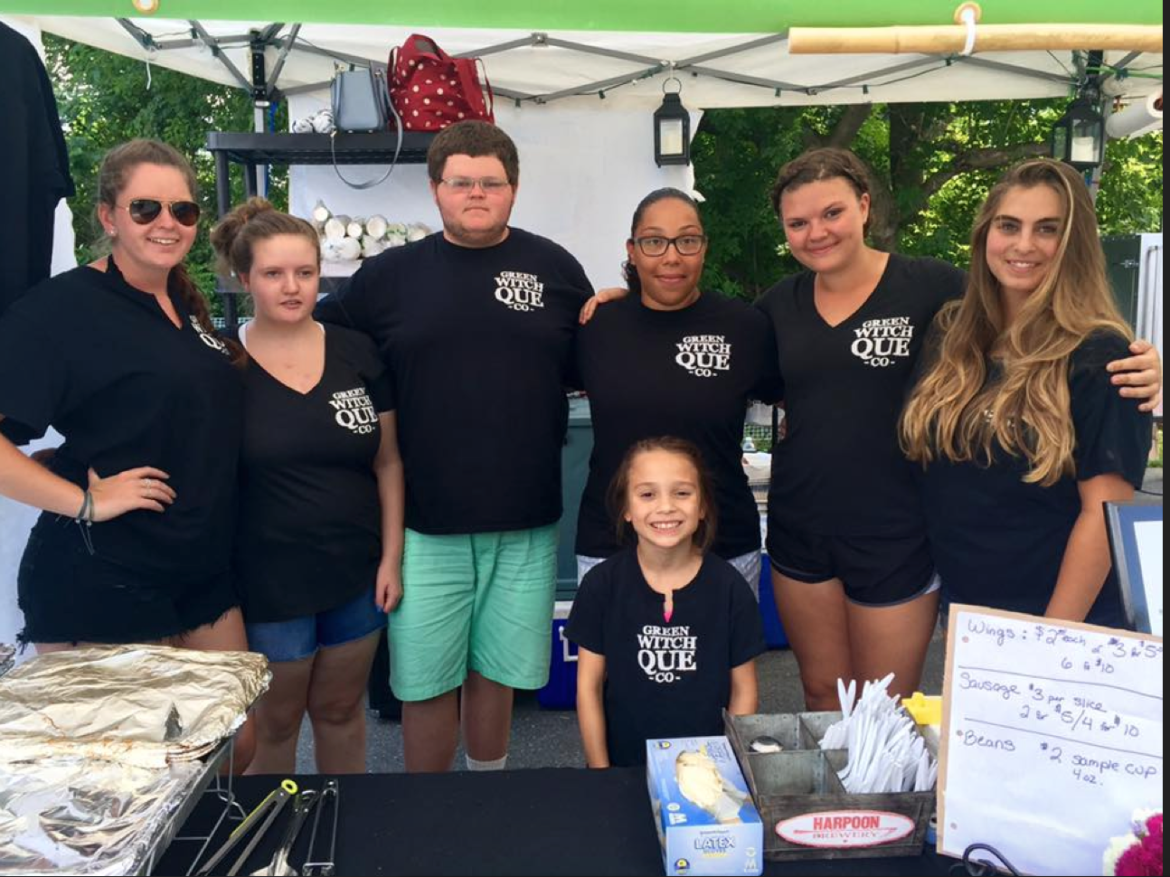 Click for more information on the Harpoon Brewery BBQ Competition.

To contact the Ambrogios for catering quotes email [email protected]