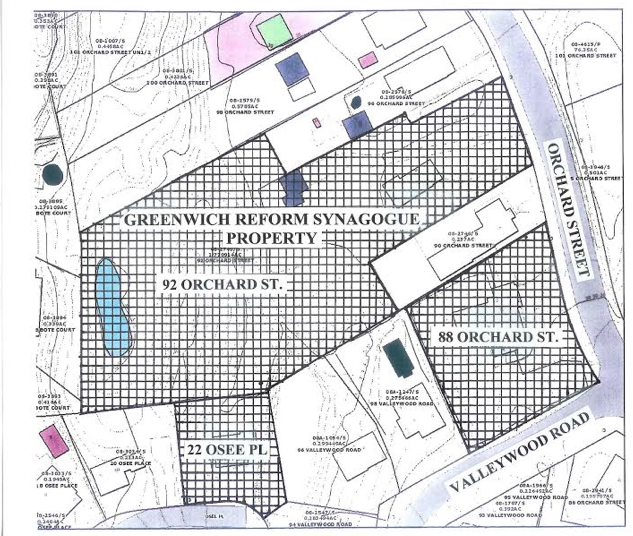 At the Selectman’s meeting on Oct. 2, 2014 after the Selectman approved the settlement of the Greenwich Reform Synagogue (GRS) Federal RLUIP lawsuit a co-president of GRS commented ….” respectfully ask that we make no changes to the meeting tonight.” (This was in reference to the Zoning Board of Appeals meeting to be held that night.) …..”more of an imposition for us to once again delayed and delayed and delayed”….”we respectfully ask that nothing else delay for us”…..

Below is listed the process and time GRS has gone through so far.

GRS submitted an application to Planning and Zoning (P&Z) for a lot line revision on 10-3-12 after three public hearings the application was approved on 2-12-13.

GRS submitted an application with the Inland Wetland & Watercourses Agency (IWWA) on 8-28-13 after four public hearings the application was approved 3-3-14.

GRS submitted a new P&Z application for a final site plan and special exception on 12-13-13 the first public hearing was on 3-4-14. Before P&Z can approve their application the GRS applications with the Zoning Board of Appeals and the Architectural Review Committee have to be approved.

GRS submitted an application with the Architectural Review Committee (ARC) on 8-29-13. Again it is up to the applicant to say when their application is opened at a ARC meeting and there is no expiration date for a ARC application. The GRS application was opened at an ARC meeting on 5-7-14. The ARC members commented that GRS did not submit the required documents 3 weeks prior to a meeting.

So what do you make of this? To others who have read this say that Greenwich Reform Synagogue took their time and did not expedite the process and caused their own delays by postponing meetings or not being prepared to properly present their application at a meeting.