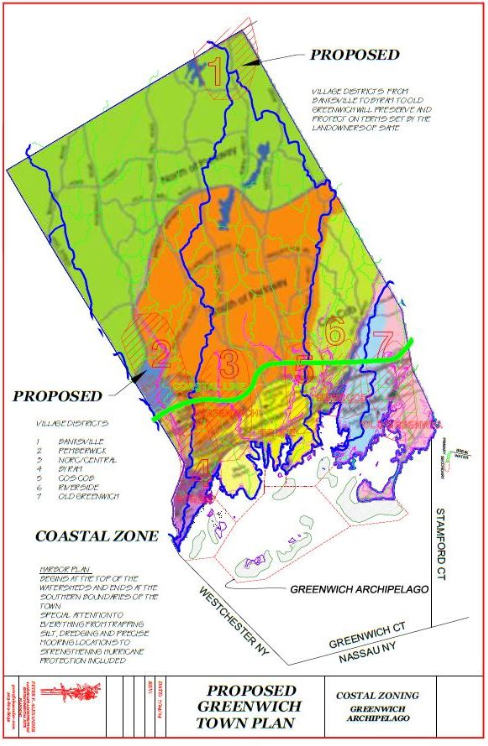 The following was submitted by Peter Alexander of Greenwich

The Nature Conservancy is a prime example of the Town’s historical impact on the present.

Founded here to protect 6 acres on the Mianus River just North of our border. Founders good intentions are aghast that now it owns more land than Switzerland as a multi-national corporation that gets more money from oil wells owned in Texas than all the membership revenue. But is still taken seriously as a do-gooder, (especially those getting grants from same) at heart of its founding was managing a watershed.

Combining and creating an entity with existing regulations combined rather than separated is the base concept of CWICA. The standard landowner is confused and burned with costs and overlapping partial jurisdictions. Oversight and enforcement of protective measures and identification of conservable landscapes and buildings of importance creates a situation where real progress toward improving our Town when combined.

Changes from, buildings to roads to landscape changes have effect outside their property lines. Drainage is an example, if the improvements were considered to help the ecosystem rather than change it. Having the various interests streamline their interaction will lower homeowner and taxpayer costs.

The combination can observe and respect the State and Federal jurisdictions and rules without requiring approval other than the formation by the RTM. The current situation that separates inland rivers and streams from the coastal area defies Nature. Combining the responsibility of protecting our man made treasures will honor our proud history.

CIWCA will make the whole process for change back quika for resident landowners. Eliminating the head positions at Conservation, Health, Planning and DPW and giving Ms. DeLuca real authority to effectuate a Town Plan voted on by landowners. Action would also reach out with at least a symbolic acceptance of responsibility to the 10’s of thousands of child days spent frolicking on hazardous waste site  at High school. GREEN & DUMB? Conservation has undergone a change in meaning recently. Fifty years ago Robert Moses style “urban planning” came to Greenwich. The swearing of Lowell Weicker as Selectman, race based riots in New York City and many thousands of children my age and younger created an unmissed opportunity. Present institutional incompetence can be overcome.

Once the sewer pipes are fixed the next wave of Moses dictates will challenge downtown height restrictions using the 6 story illegally leased on Town land Greenwich Plaza that started the debacle as a model for PC urbanization.

Youth have been shortchanged here, big time. We need to get them engaged. Author Hessel  states  to them: Indifference The Worst Attitude. “The worst possible outlook is indifference, ‘ I can’t do anything about it, I’ll get by.’ Behaving like that deprives you of one of the essentials of being human: the capacity and the freedom to be outraged. That freedom is indispensable, as is the political involvement that goes with it.”

Let’s speak up for CWICA or vote to rename our still fabulous bit of our planet GRUBERWITCH.