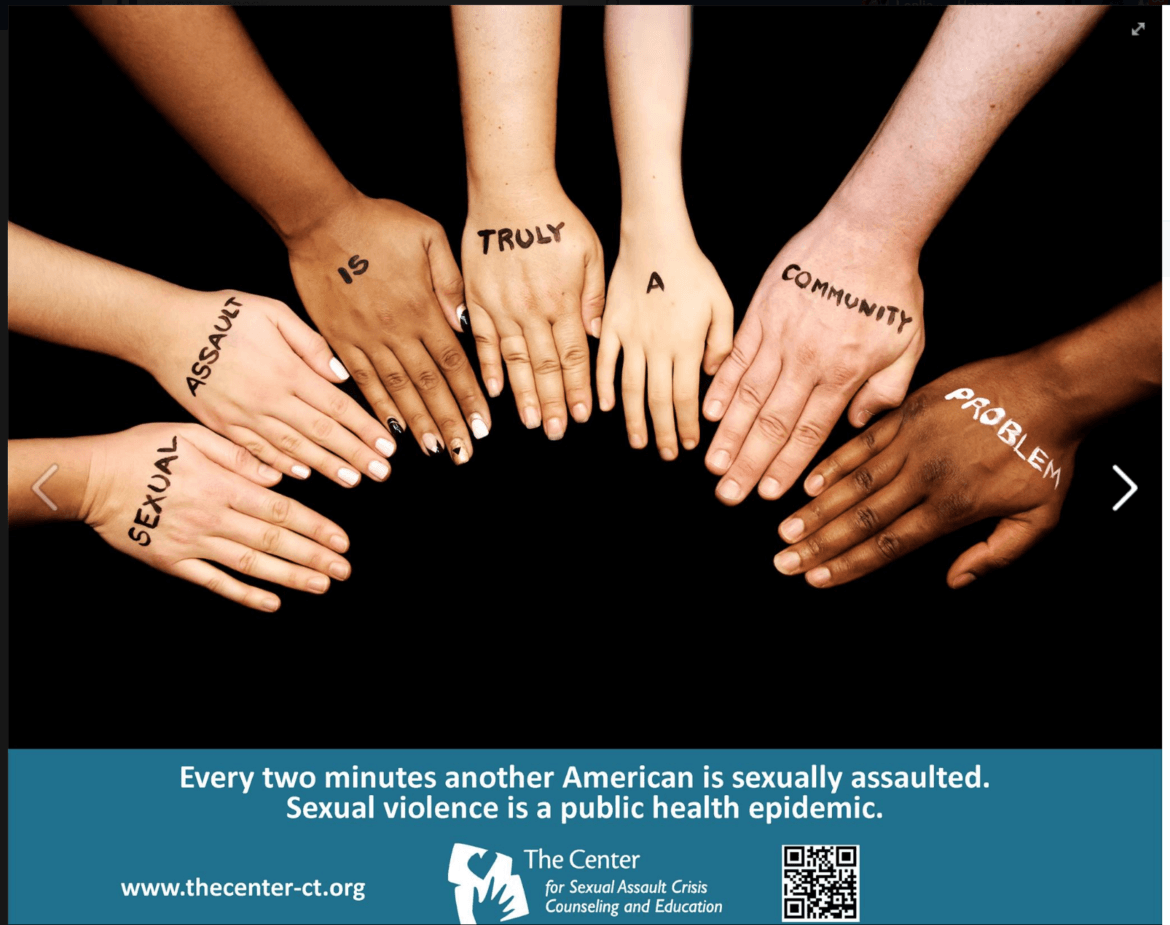 The Center for Sexual Assault Crisis Counseling and Education, “The Center,” has a new awareness campaign, Reveal to Heal.

Created in conjunction with photographer Veleska Martin and local artists, the photo campaign is designed to raise awareness of the harm inflicted by sexual violence.

The project also raises the profile of The Center and the services provided to survivors of sexual assault and abuse.

“The visualization is very powerful,” Peter Tesei said. “I commend The Center for doing something creative to exemplify why we have zero tolerance for sexual assault.” 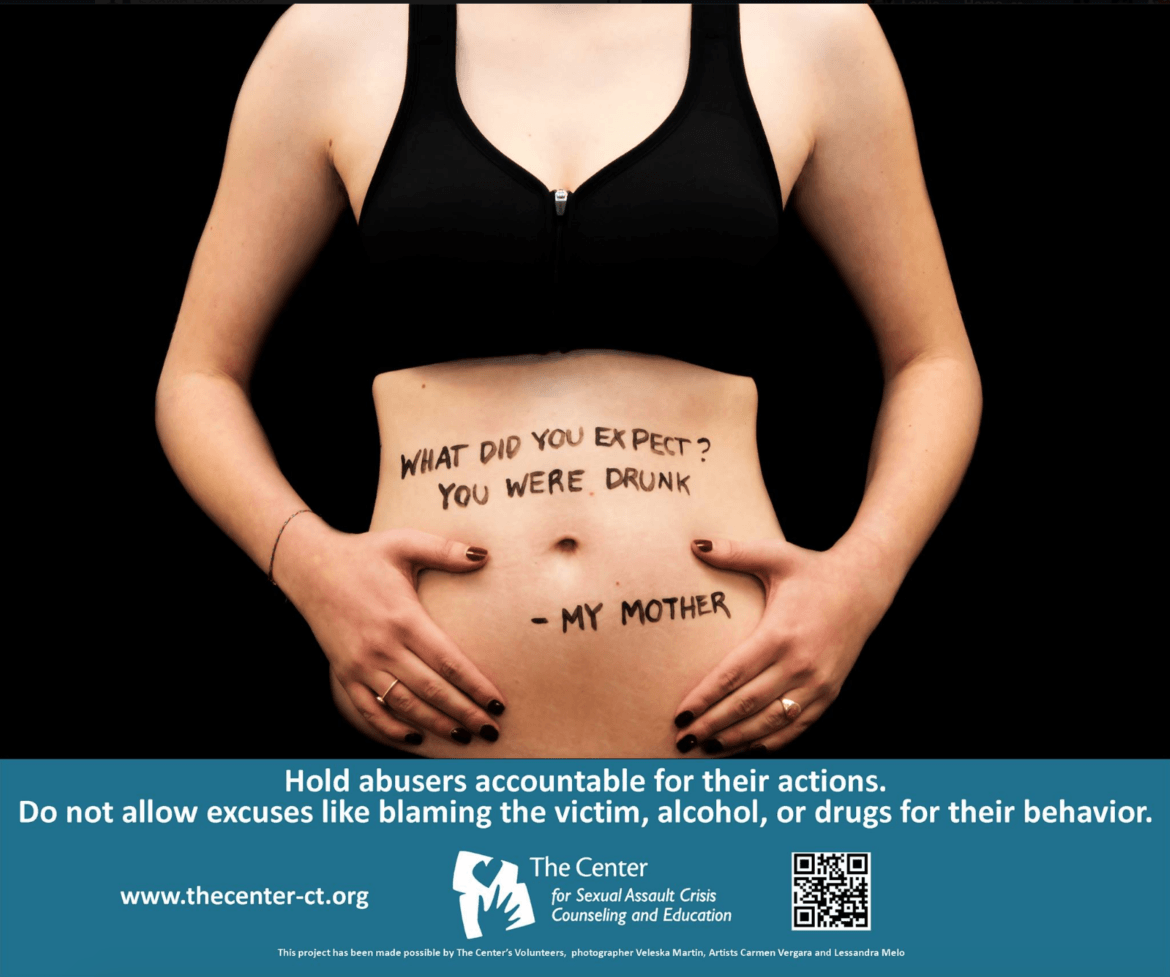 Senator Duff said the campaign reiterates that “sexual assault is not the victim’s fault and help is out there.”

A series of stunning photographs featuring modestly undressed models with messages written on their bodies, Reveal to Heal calls attention to the struggles survivors often face in getting people to believe them, and the many discouraging messages they receive when they do disclose assault or abuse.  The symbolic disrobing in the photographs reveals the emotional scars of sexual violence that may never leave the survivor; those wounds are literally “written” on the body. The campaign images will be widely distributed throughout Lower Fairfield County.

About The Center:  Serving Lower Fairfield County since 1979, The Center for Sexual Assault Crisis Counseling and Education provides free, 24-hour confidential help to women, men and children who have experienced sexual violence.

Additionally, it provides age-appropriate prevention education for children ages 4-18, college students, and the community at large.

Last year The Center provided crisis counseling to 578 people and prevention education to over 17,000 children and adults.

For further information about Reveal to Heal, call The Center at 203-348-9346 or visit www.thecenter-ct.org