Students at the Beacon School in Stamford recently had the chance to spend a morning with Colonel Perry Baltimore from the Marshall Legacy Institute (MLI) and participate in its Children Against Mines Program (CHAMPS).

As part of the initiative, they also had the opportunity to meet a true canine hero: Dino, a German shepherd that just returned from mine detection duty in Afghanistan.

The CHAMPS program was created to educate students in the United States about the devastation of landmines. Beacon students learned that the most effective method of landmine detection is performed with dogs trained as expert sniffers, and referred to as CHAMPS. Another component of the program is collaboration of children across the globe. Students in mine-affected countries communicate with students in the US, and together they help the children hurt by landmines.

“Imagine going outside to play in your back yard if everywhere you step could cause an explosion, possibly ending your life,” said Beacon seventh grader Jack von Riesemann. “These dogs save children’s lives and help people in war-torn countries feel safe again. Students at Beacon came up with the idea to sell puppy merchandise to support this important organization.” 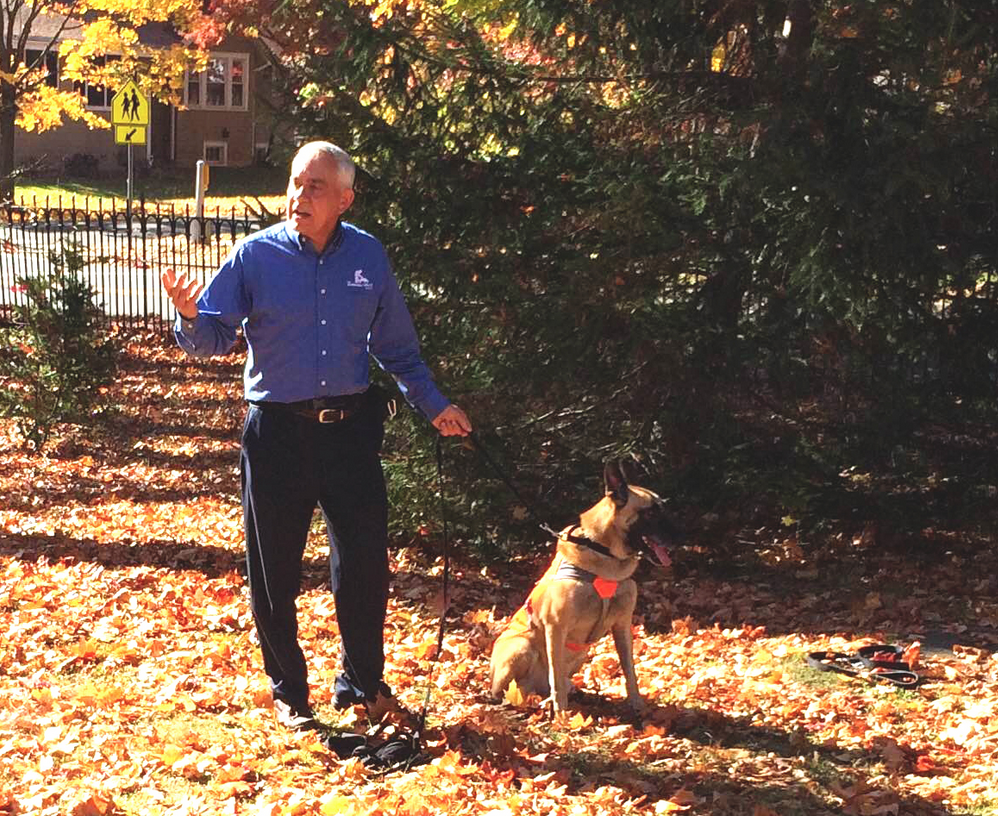 Each CHAMPS campaign raises awareness about landmines and enables children to be part of the solution by contributing money they raise through projects like bake sales.

The money goes to sponsoring a dog, which is named for the children’s state, town, or school. One hundred percent of the money raised by CHAMPS participants goes to the purchase and training of the dogs. Students can follow the training and deployment of their sponsored dog on the Marshall Legacy Institute website.

The Marshall Legacy Institute was founded in 1997, the 50th anniversary year of the post-World War II Marshall Plan, to honor General George C. Marshall and carry on his work rebuilding war-torn countries. The Institute’s goal is the eradication of landmines worldwide. Its educational arm, CHAMPS was launched in 2005 and provides year-round programs for students around the country. CHAMPS International is a program to help children who are landmine survivors. For more information, see The Marshall Legacy Institute, or CHAMPS Kids.

The Beacon School , an accredited, coed, independent school for intellectually curious learners in grades three to twelve, will be hosting an Admissions Open House event on Sunday, November 8, 2015, from 1:00 pm until 3:00 pm at 111 West North Street in Stamford. For more information on The Beacon School in Stamford, contact Meredith Hafer, the Head of School, at 203-200-7244 or [email protected]