There will be a ribbon-cutting of the long anticipated September 11 Memorial in Cos Cob Park this Friday, Sept. 11 at 9:00am.

While the memorial is a program of the non-profit Greenwich Community Projects Fund, the twin translucent towers overlooking Long Island Sound is open to all visitors seeking to honor the 32 people with ties to the Greenwich community who lost their lives on September 11, 2001.

Back in May, during a well-attended groundbreaking that took place under gray drizzly skies, Mr. Fred Durante whose landscaping firm has been involved in the project for several years, said the work was not a job, but an honor. 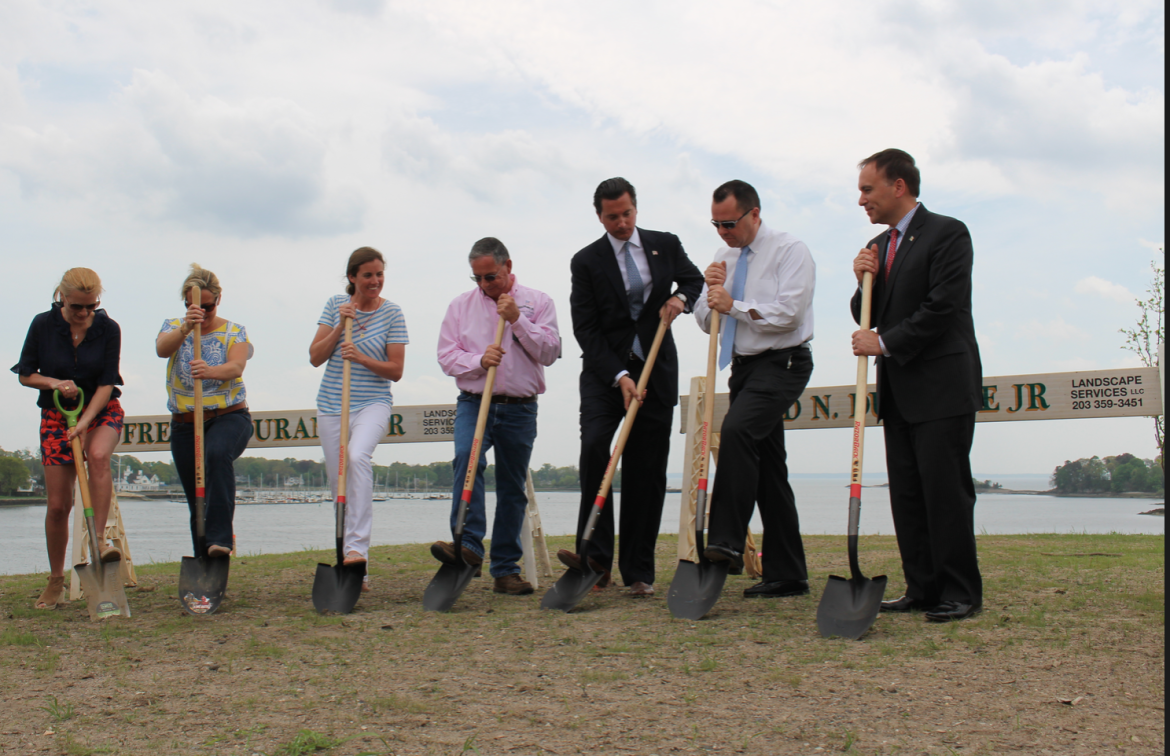 On May 12, Mr. Durante said he estimated the project’s completion would arrive in time for Sept. 11, and indeed this week workers put the finishing touches on the landscaping, which included many newly planted trees encircling the proud memorial.  In time the trees will mature and create a shady spot along the circular walking path and open air pavilion. The formal unveiling of the privately funded memorial this Friday means residents will have an easily accessible and fitting place to mourn, reflect and even smile. 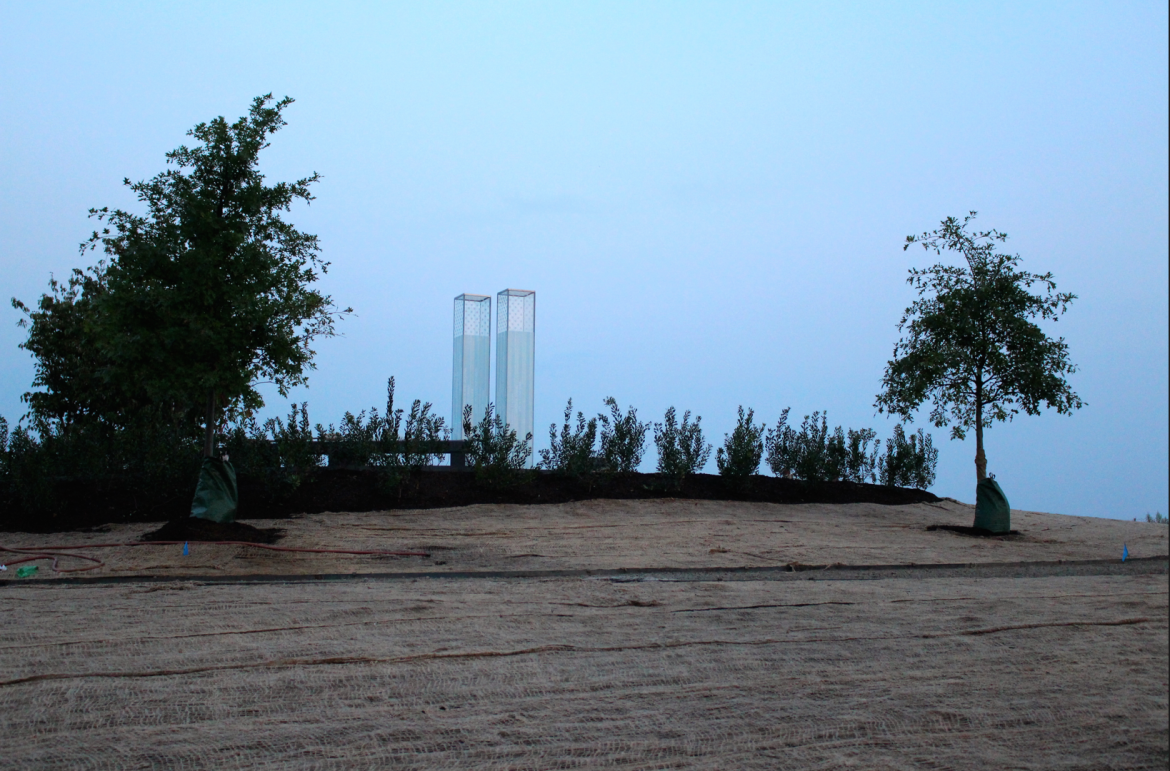 The mission of the September 11 Memorial Greenwich, to honor the memory of the 32 people with ties to the Greenwich community who lost their lives on September 11, 2001, will include providing an educational resource to the community’s youth about the meaning and impact of a moment in history that should always be remembered.

Mr. Ritman said he  hoped local schools would arrange classroom visits to the memorial, and teachers would teach about September 11. “It’s important that this memorial will serve as a symbol so no one will ever forget,” he said.

Jimmy Ritman, President of the Board of the September 11 Memorial Greenwich, who described the effort as “grassroots” and the memorial as “a gift from the Town to the Town,” said that over 1,000 donations had been received from individuals, companies and schools in Town, including fundraisers as small as collecting dollar bills on Greenwich Ave. 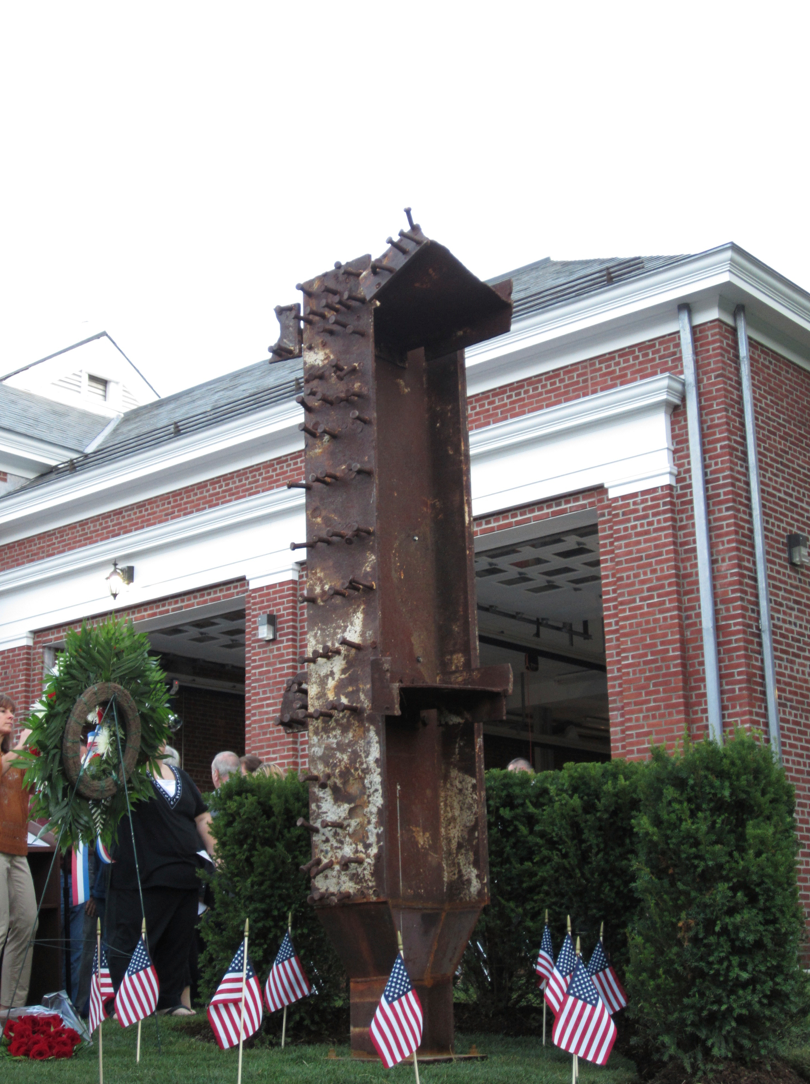 There is also a service being organized by the Sept 11 Remembrance Committee in Glenville set for Friday night at 6:00pm. The ceremony is open to the public in front of the fire house and adjacent memorial fashioned from reclaimed World Trade Center steel.