In honor of Veterans Day, the second annual “Community Walk” will take place at 10am on Nov. 11. The community is invited to gather at the top of Greenwich Avenue  (At Amogerone Crossway) at 10:00am on the morning of Veterans Day, Nov. 11 at 10:00am.

Following last year’s walk, which was attended by some 450 people, organizers are hoping to again draw a large, joyous, and festively thankful crowd to the walk and demonstrate their appreciation for veterans in a gesture of gratitude. 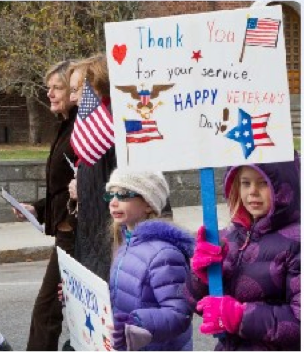 The event is being put together by a group within the Greenwich Military Covenant of Care called “Greenwich Military Moms Network.” Its members have military sons who have deployed to the War On Terror or who are preparing to deploy.

Bruce Winningham, Co-Founder, Greenwich Military Covenant of Care, said that this year he has tracked down and invited 14 veterans of WWII and four veterans of the Korean War to the event.

The Malcolm Pray Foundation Auto Museum is contributing several antique cars from the 1940s for these men to be transported, with their fellow citizens gathered around them, in the procession down Greenwich Avenue to the World War II Memorial. 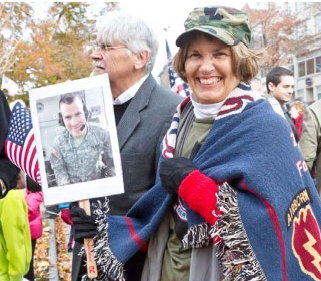 At the conclusion of the walk, veterans from WWII to those who recently returned from war in Iraq/Afghanistan will be thanked individually by a grateful citizen gathering.

“If the intricate logistics fit together, it should be a breathtaking moment,” Winningham said.  “This year, school is in session so we won’t have families, but the word is spreading well for a great event this year.”

The walk runs from 10:00am until 10:45am, concluding at the WWI Memorial, where the traditional American Legion ceremony will begin at 11:00 AM 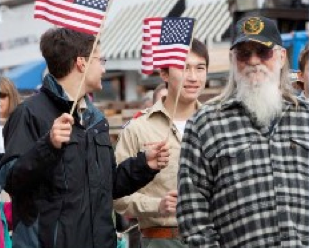 The Covenant of Care is partnering with the V.A. Health System of CT to provide still-image photo albums and videos of the walk, which will be shared as encouraging inspiration for Iraq & Afghanistan veterans undergoing clinical care for post-traumatic difficulties.

For information on “networked mentoring” for veterans, visit AdvisorNet.org