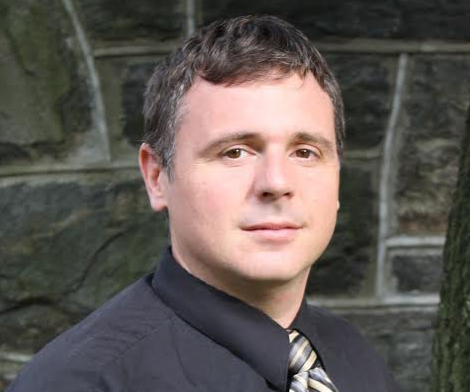 Greenwich Library announced that Joseph Williams will serve as its new Deputy Director. Williams has extensive library experience and was identified through a nationwide search.

“We are pleased that a librarian of Joe’s caliber is joining us at Greenwich Library. He is an excellent addition to our team of dedicated staff members,” said Barbara Ormerod-Glynn, Greenwich Library’s Director in a release.

Williams earned a BA in Political Science and History at SUNY Geneseo. He attended graduate school at Queens College earning an MA in American History with a concentration in New York City History and a Masters of Library Science. His early career consisted of teaching Social Studies in New York City for private and public schools. In addition, Williams worked for McGraw-Hill and Pearson Education as a content editor for elementary to high school level text books.

In 2006, Williams became the Director of the Briarcliffe College Library System.  It was during this tenure that he was selected by the American Library Association to enter its inaugural class of its Emerging Leaders program. In 2008, he joined SUNY Maritime College as the Head of Technical Services and Collection Development then later was promoted to Assistant Library Director when he was approved for tenure. In 2014, Williams was presented with the State University of New York’s Chancellor’s Award for Excellence in Librarianship.

Williams writing has been featured in a variety of publications including  history journals and popular magazines. He has also written a book, published by the Fort Schuyler Press in 2013, on the history of Maritime College, the country’s oldest merchant marine training school, and is currently working on a second book set to come out next year by the Chicago Review Press. He recently moved to Harrison, NY with his wife and one year-old daughter.

The Greenwich Library system consists of the Main Library and its Byram Shubert and Cos Cob branches.  The mission of the Library is to provide free and convenient access to information and to promote the love of reading and research, the joy of lifelong learning, and engagement with the arts, sciences and humanities.  With 1,400 programs and events per year, the Library seeks to serve as the cultural and intellectual crossroads of the community.  Greenwich Library has a total circulation of about 1.5 million, the highest reported in Connecticut.  Greenwich Library was recently named a five-star library by Library Journal for the fifth time.  The Main Library is located at 101 West Putnam Avenue in Greenwich.  More information is available online at www.greenwichlibrary.org or by calling 203-622-7900.