The Alzheimer’s Association, Connecticut Chapter, announces a milestone in the organization’s history. Greenwich resident Barbara Brock Zaccagnini and her sons, Douglas and Steven, raised $50,000 to benefit the recent Walk to End Alzheimer’s. The funds represent the single largest donation related to the event surpassing the previous benchmark of $16,000. 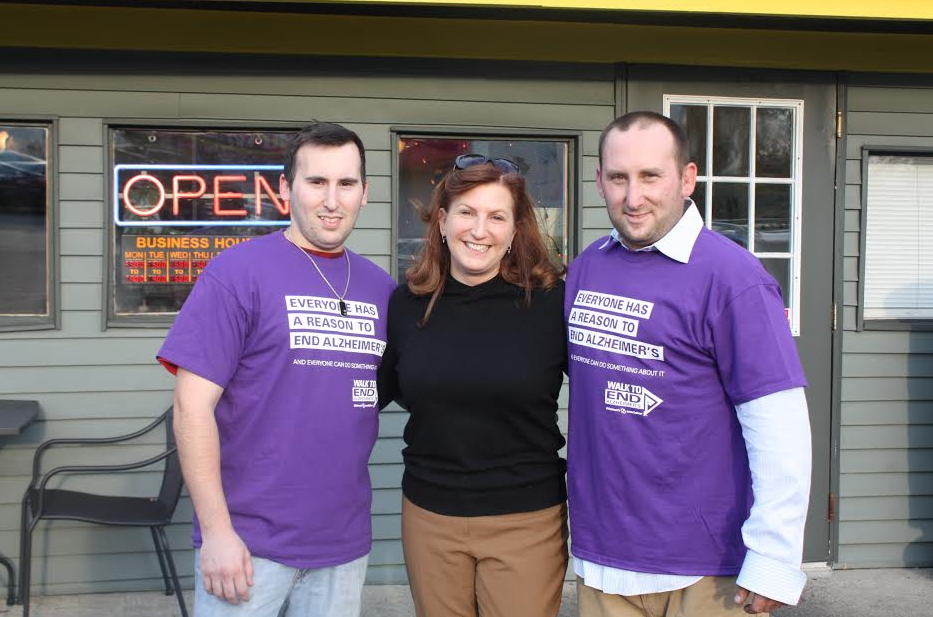 The Zaccagnini family including Douglas; Barbara Brock and Steven pictured at Dougie’s Stand By. Contributed photo.

The date is set for Sunday, September 20, 2015 when all proceeds will benefit the Alzheimer’s Association, Connecticut Chapter.

Barbara Brock Zaccagnini will also sponsor the upcoming Greenwich Gala, Celebrating Hope 2015. The third annual event will take place on Friday, May 1 at Richards of Greenwich. “I am really trying to grow this effort and be helpful since this disease hits home for so many people,” states Zaccagnini.