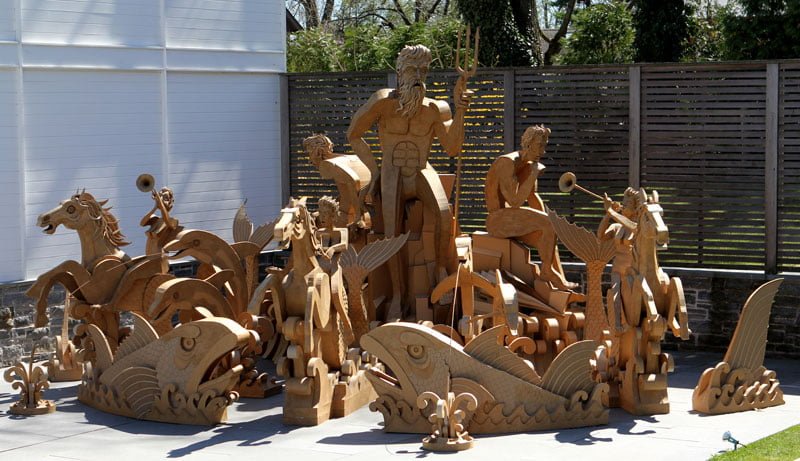 On Friday, March 24, 2017 the public is invited to view special documentary: The Cardboard Bernini at the Cole Auditorium at Greenwich Library at 8:00 pm.

This film screening examines the life and work of artist James Grashow as he spends four years building a giant cardboard fountain, with the intention of putting it outside to dissolve.

Inspired by the baroque, Italian sculptor Bernini, and propelled by a crucial event documented in the film, Grashow is driven to experience the process of creation and loss by making an extraordinary artwork that will be destroyed in the end.

This film follows Jimmy’s journey, as he questions life’s fragility and the artistic process. Directed by Olympia Stone, whose father, Allan Stone, was Grashow’s art dealer for almost 50 years.

View the trailer to the film: 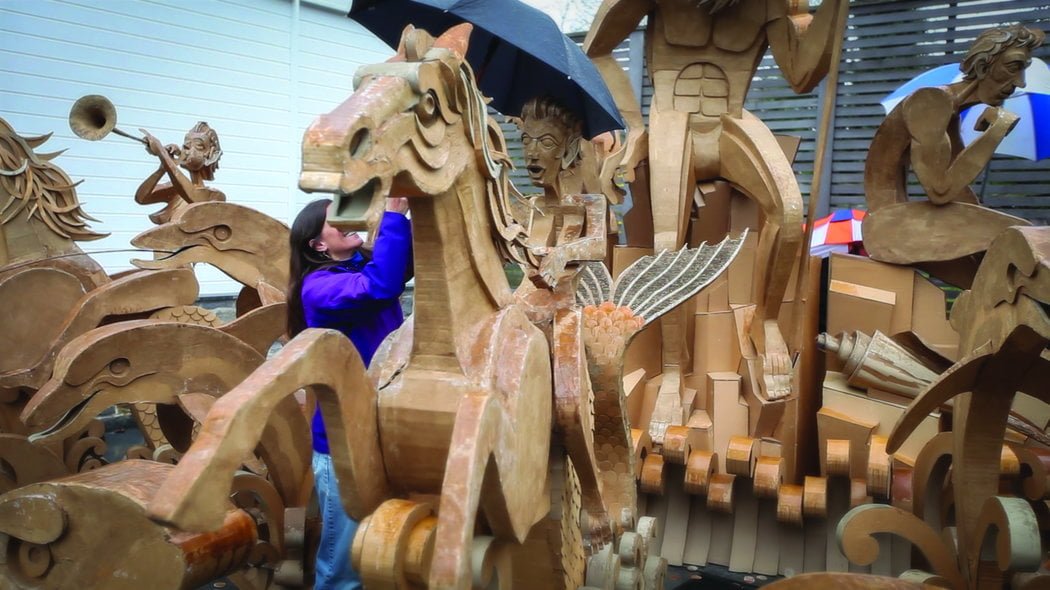 Come see the exhibit before the film: Corrugated World: The Art of James Grashow. Extended gallery hours prior to film, Flinn Gallery (second floor), 5-7:45 pm with the artist present. 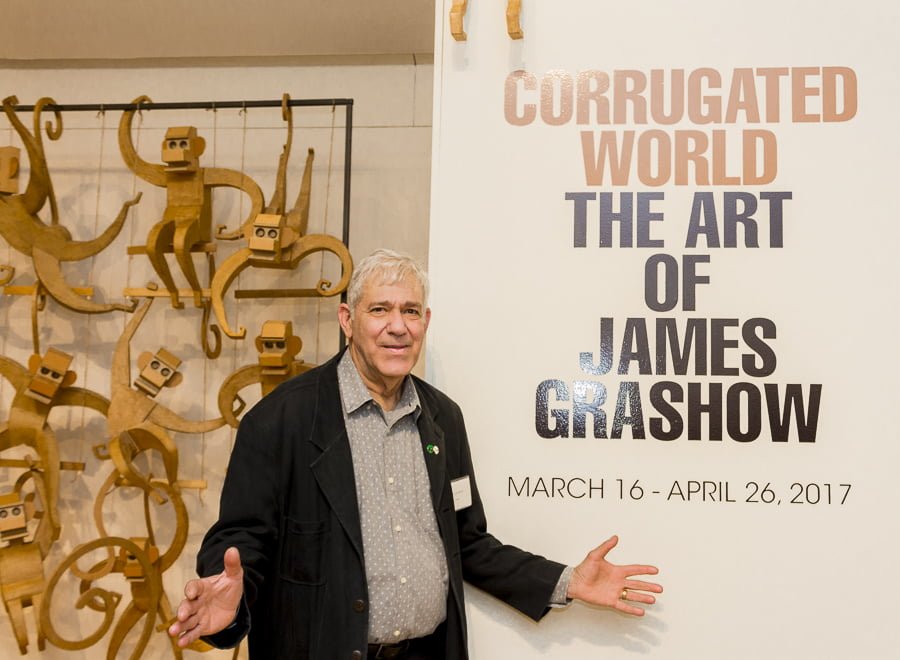 KS: Since Corrugated World: The Art of James Grashow is considered a retrospective of your work, how do you feel seeing all of your creations together at the Flinn Gallery?

JG: A retrospective is a unique opportunity to see my work together.  putting the show together became a reflective and emotional journey through my life.  You remember where you were with each piece, what you were thinking and how and why each work evolved. You remember not just the thoughts that brought the work into the world but the physical process of doing it.  Everyone sees finish, but you remember the whole process, the cutting the lifting the glueing.

You remember the risks that you and your body were willing to take.  Seeing part of my body of work together in a fantastic space like the Flinn Gallery has given me the opportunity to see where I’ve been and where I want to go.

KS: Can you explain the difference of artistry/method between your works – Woodcuts, House Plants, Monkeys, Fish and Cardboard Structures.

JG: People make a mistake identifying an artist by the subjects he draws.  You can tell who an artist really is by the materials he chooses to work with.  An artist that works in steel is a different person than one that works in paper.   I choose cardboard.  The material reflects how I feel. It speaks on its own about mortality and the transient nature of man.

I’ve alway felt that I have two different sides.  The physical part of myself that wants to sweat and feel muscle and the slow contemplative side that wants to slow everything down and work line by line.  The woodcuts and houseplants represent that slow side and the corrugated board is the muscle.  Work is an incredible stew you throw every part of yourself into and see what comes out.

KS: What are you influenced by?

JG:  I am influenced by everything. The profound and the mundane from Rembrandt to Judge Judy.   The trick is to learn all you can and still listen to your own voice.

KS:  The crowd on opening night seemed amazed of your meticulous detailing – how do you have such patience for such intricate work?

JG:  Working on intricately detailed pieces is a very satisfying process.   The world shrinks and the chaos becomes manageable. Doing Houseplants or woodcuts, the work becomes a mantra. Like Ghandi weaving, the slow repetitive process settles the mind.

KS: What are you working on next?

JG: I’m working on several large commissions. One a group of eleven ground monkeys that will be cast into bronze.  The project will be installed in a fantastic garden in the spring.   I’m also building a large aquarium where all the fish are coming out of flowers.

Seeing all the work together has given me a chance to see how the seeds of current work are sown  in earlier pieces,   I can trace the development of ideas, clearly see the past and anticipate the future.