The 23rd annual Greenwich Concours d’Elegance held on June 1-3 at Roger Sherman Baldwin Park in Greenwich saw more than 13,000 people pass through its gates to view an array of significant collector cars.

Featured this year on both days were the cars of the late Briggs Cunningham. Of the 35 remaining Cunningham-built cars, 33 were on the field, along with five Cunningham team race cars, four continuation cars, and Cunningham’s personal 1955 Thunderbird. This was the largest display of Cunningham cars ever assembled in one location. 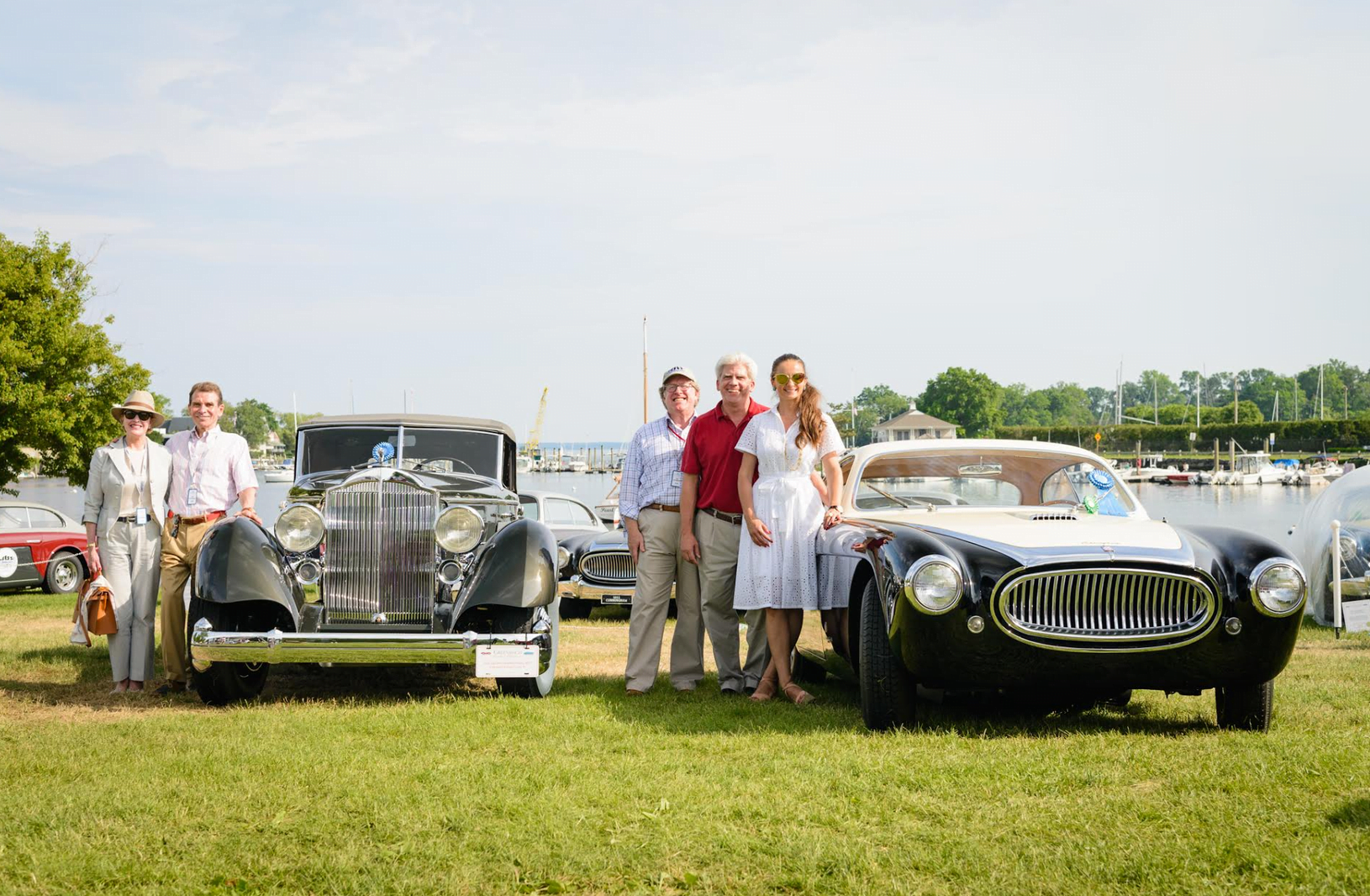 The 1971 OSSA Pioneer of Billy Blythe, selected by Dr. Fred Simeone, received the HVA Heritage Award. Receiving this award is considered a high honor in the collector world for both cars and motorcycles.

The coveted People’s Choice Award-American went to the 1948 Tucker Twin Turbo owned by Jack and Carolyn Kiely. The Tucker was built by IDA Automotive and was driven to the award ceremony by Sean Tucker, the grandson of Preston Tucker. The 1955 Cunningham C-6R of the Collier Collection at The Rev’s Institute was the People’s Choice-International winner.

Race-car driver and TV motorsports commentator David Hobbs was on hand both days to sign copies of his new book, “Hobbo: Motor Racer, Motor Mouth,” and drove up to the podium with Nick Grewal in Grewal’s 1965 Lola T70, which Hobbs had raced in the 1960s. The car was awarded the Lime Rock Park Historic Fall Festival Best in Class trophy, presented by track owner Skip Barber.

Wayne Carini, host of TV’s Chasing Classic Cars, and journalist Ken Gross, held special presentations each day on the field, introducing fans to interesting cars, such as a 1938 Jaguar SS 100 that belonged to Dave Garroway, the original host of NBC’s Today Show. Carini bought the SS 100 at the Concours from its current owner.

Dr. Fred Simeone, of the Simeone Foundation Automotive Museum in Philadelphia, Pa., accepted the Best in Class-Cars of Briggs Cunningham Award for the 1952 Cunningham C-4R Roadster that raced at the 24 Hours of Le Mans. Two C-4Rs were built, and both were at the Concours. The other belongs to The Revs Institute in Naples, Fla.

The Bonhams auction on Sunday resulted in $10.5 million in total sales and a 92-percent sell-through rate. More information and results may be found at  http://www.bonhams.com/auctions/24810/?category=results#/aa0=1&w0=results&m0=0.

“I could not be more pleased with this year’s Greenwich Concours. Everything was perfect, from the wonderful people to the incredible cars,” said Mary Wennerstrom, Concours Chairman. “Seeing the smiles on everyone’s faces throughout the weekend was the highlight for me! I have many thank-yous to write, as so many people helped to make the event a success.”

Since its inception, the Greenwich Concours has raised funds to support Americares, a health-focused relief and development organization that responds to people affected by poverty or disaster with life-changing medicine, medical supplies and health programs.

The 24th Greenwich Concours d’Elegance is scheduled for June 1-2, 2019. Featured classes will be announced soon.