The event, which takes on a spy theme, is the culmination of a year’s worth of work, and for many is the pinnacle of their high school Broadcast Journalism experience.

The film categories include PSA, documentary, creative and experimental. 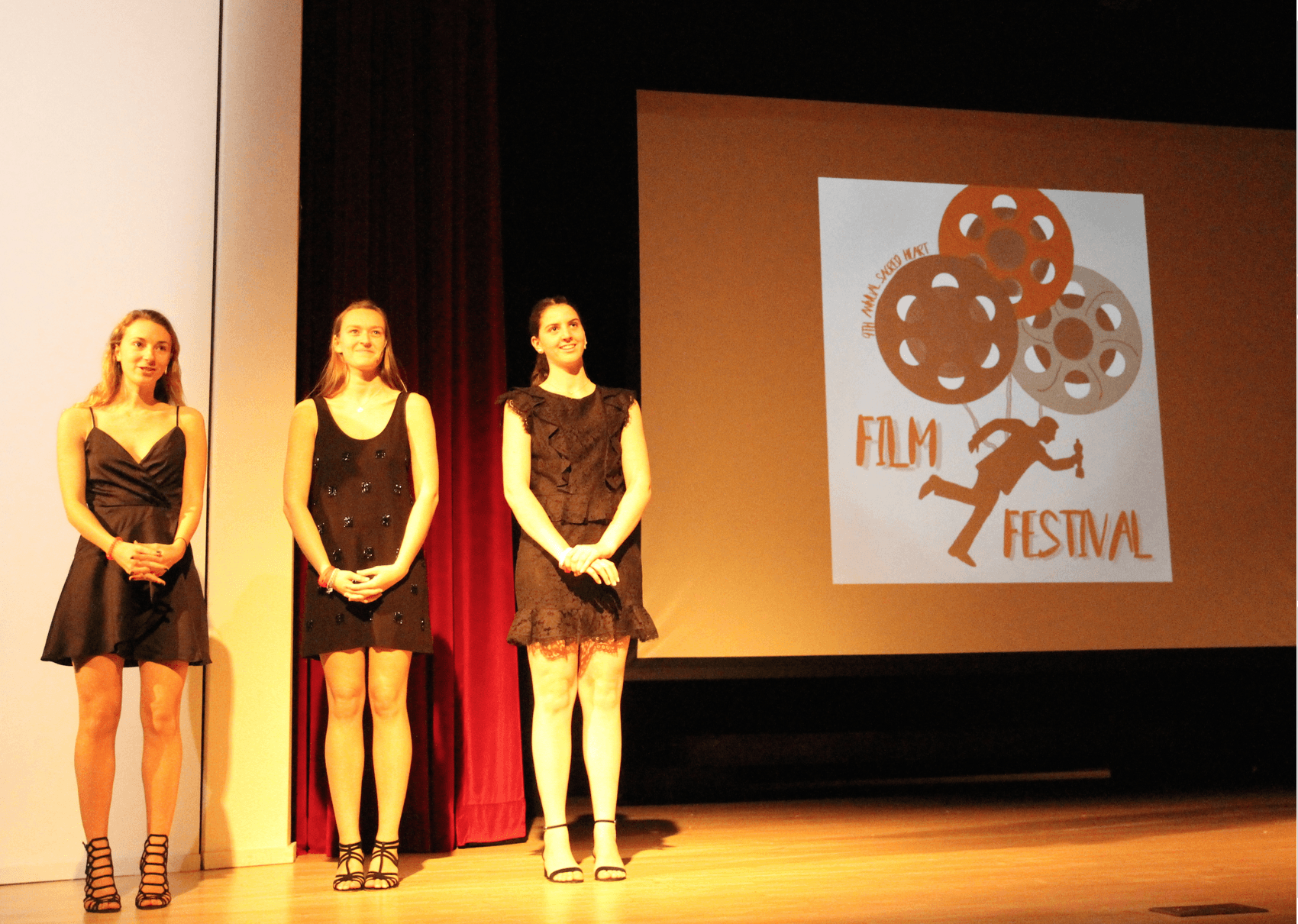 “Ms. Stewart and the students have been working hard since September to plan this event,” said senior Kaitlin Reilly who is heading to Elon University next fall to study communications.

The three hosts also described feeling inspired by the Broadcast Journalism program, an elective in the upper school, and plan to continue their studies in college.

Sophia Brusco plans to major film studies at Vanderbilt University in Nashville. Jackie Shannon has been accepted to the S.I. Newhouse School at Syracuse University. Lily Lemkau who took courses at USC last summer will head back to that school to study film next fall. 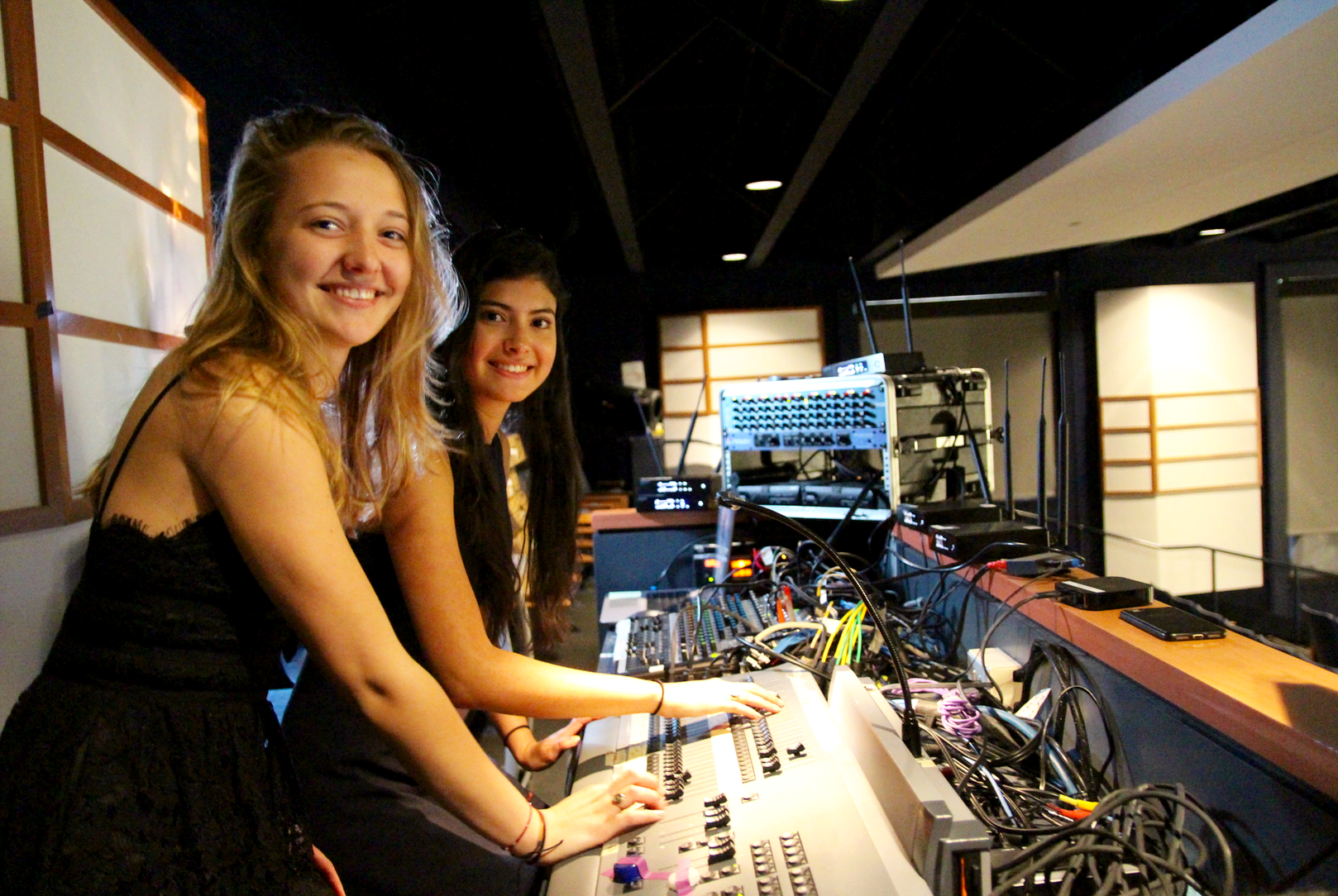 “Across the board, alumnae come back and say they had a strong advantage versus others in their majors for having this experience at the high school level,” said Ms. Stewart.

“A lot of people don’t even find out they like film making until they get to college,” Lily said.

“The Broadcast program at Sacred Heart Greenwich is unique because it empowers young women in the media and offers them the opportunity to tell stories that matter to them and make a difference in the world,” Ms. Stewert said. 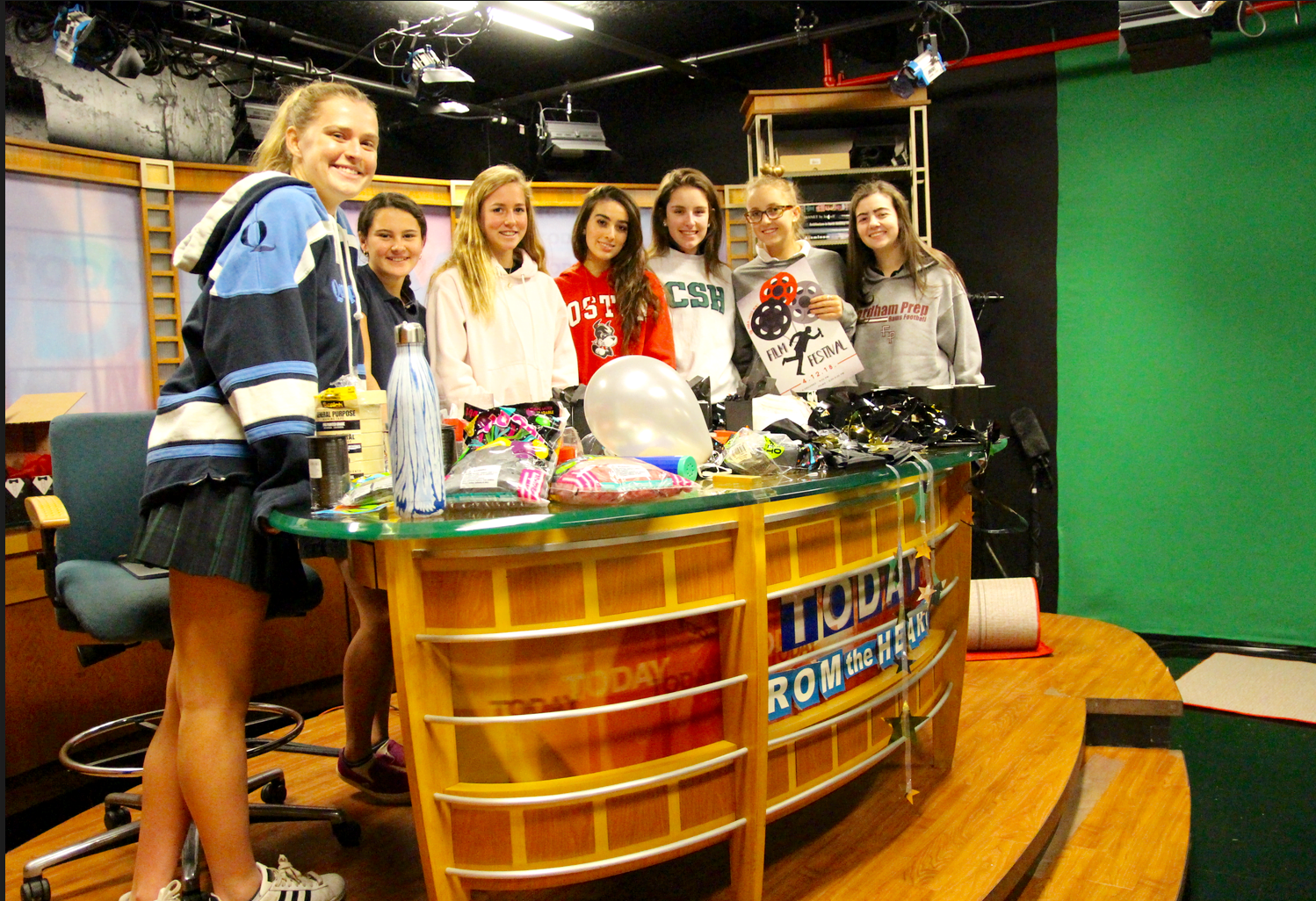 New this year at Sacred Heart Greenwich is a class called Real World Filmmaking.  Seven out of the 8 films in the documentary category sprung from that class.

In the class, students collaborate with non-profit organizations, such as Mothers for Others, a Greenwich non-profit that provides diapers and baby resources for local mothers.

Students begin by taking Intro to Filmmaking and then move on to courses in broadcast journalism, creative filmmaking, and real-world filmmaking.

Since opening the studio, filmmaking students have won more than 400 awards from local, national and international competitions. Notably, in the 2017 Greenwich Youth Film Festival, Sacred Heart students won 15 out of 20 awards.

The Film Festival Selection committee consisted of 12 students and two faculty members who watched more than 70 videos to select the finalists for Thursday night. 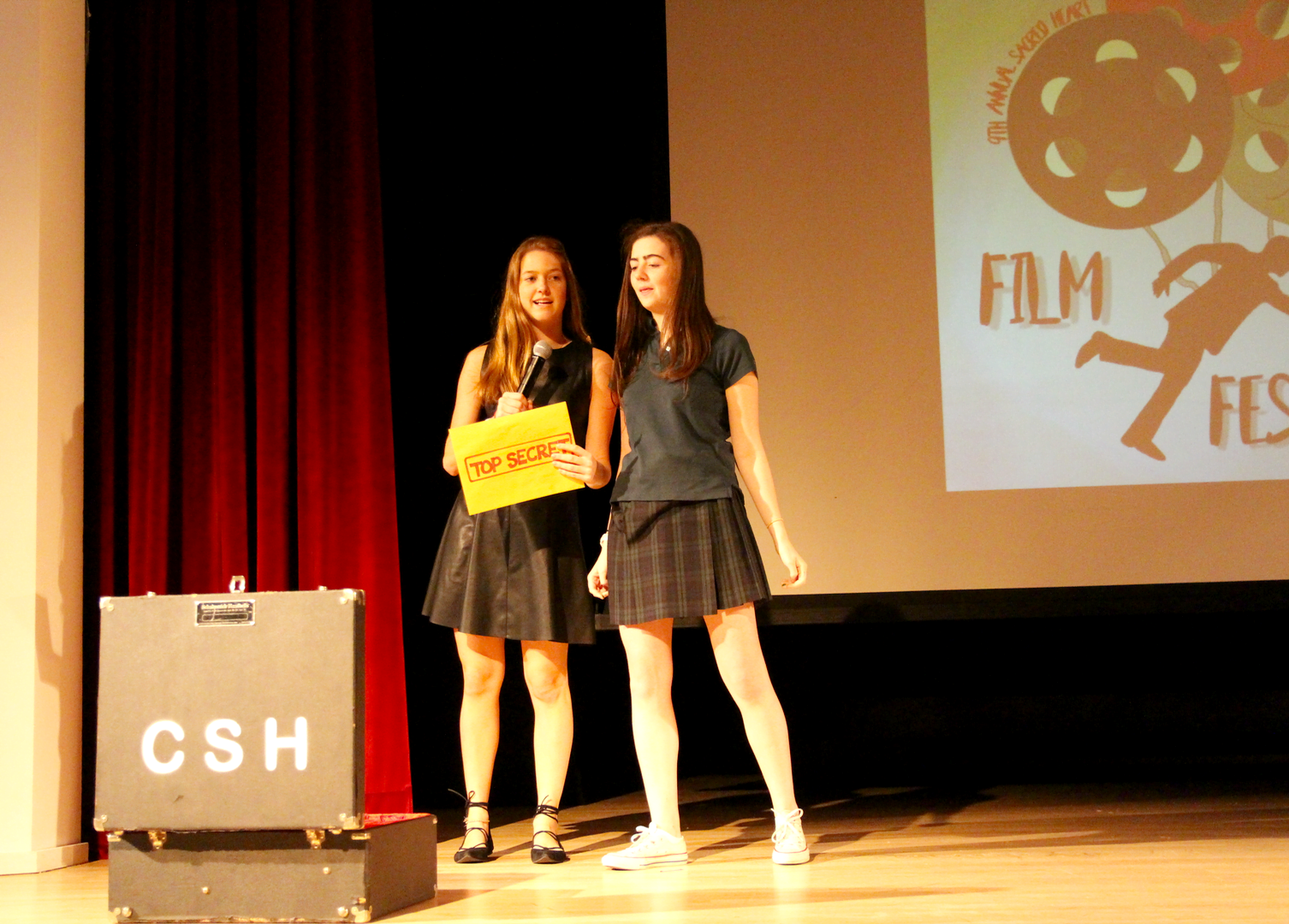 Special media guests who will serve as judges on April 12 are Jackie Batrus from Sacred Heart Greenwich class of 2013 who graduated Boston College in 2017 and is working at the WILD Foundation, an environmental organization; Michelle Buccieri, a producer who has worked in broadcast, cable and syndication with media companies including NBC, ABC, FOX and MTV; Paul Buccieri, who is President of A&E Studios and A&E Networks Portfolio Group; Sacred Heart Greenwich class of 2013 graduate Grace Jorgensen who graduated Salve Regina and hosted the film festival when she was a senior; Molly Paul, an Emmy award winning producer and editor for NBC’s Today Show, and radio personality Scott Shannon who currently hosts the morning radio show on WCBS-FM in New York.

First and second place awards will be given after the presentation of each video category. The audience also has a chance to vote for their favorite video in each category. 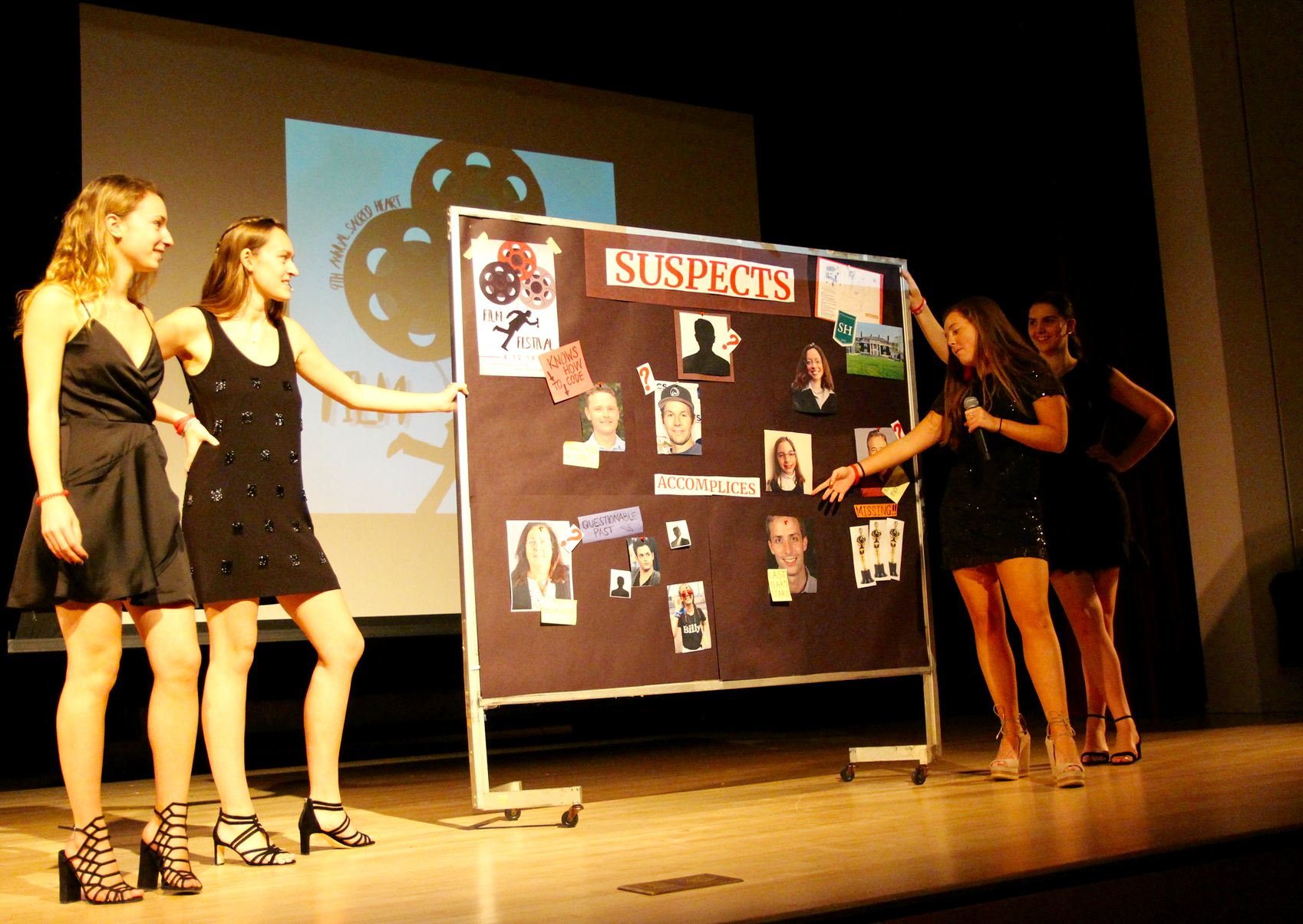