Isa Goldberg drove all the way home from Amherst College on Thursday just to testify on behalf of her former band teacher at GHS, John Yoon. She was just one of over many students, present and past band students, as well as parents, who testified on behalf of GHS band teacher John Yoon, who was suspended in late April from his job and placed on administrative leave.

Though the back story to Mr. Yoon’s suspension is confidential, and no one claimed to be the wiser, the testimonials on behalf of his character, professionalism and high expectations of his band students went on for over an hour – at a three-minute maximum per person. 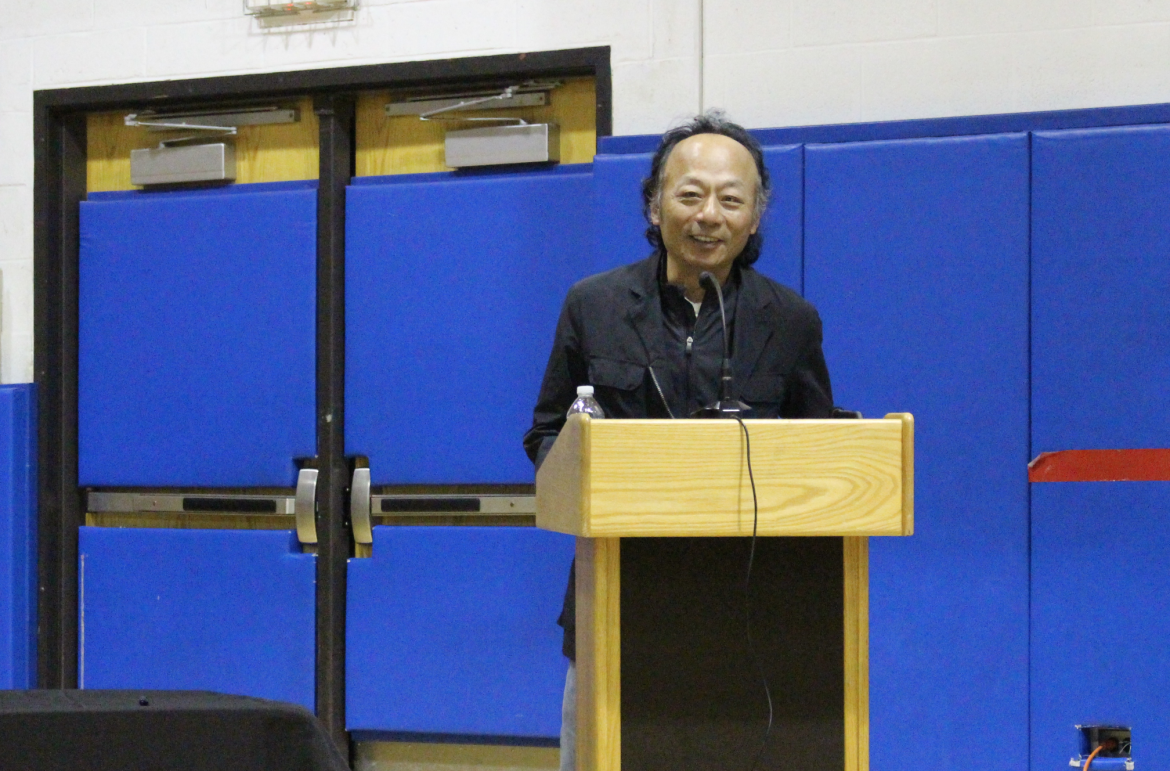 Zan Ng testified on behalf of John Yoon at Thursday’s Board of Education meeting at Parkway School. Credit: Leslie Yager

Cos Cob father of two boys and one girl who went to GHS, Zan Ng, said he’d been a chaperone on the band trip to China, helping out with his ability to speak Chinese. He had the audience in stitches when he told the story of the missing GHS band student during the band’s China trip. Though it mostly likely was not funny at the time, he said he and Mr. Yoon rode around in a police car with a loudspeaker looking for the missing girl who had wandered off. Mr. Ng. said that when the girl eventually wandered back to the hotel, Mr. Yoon only asked whether she was okay. 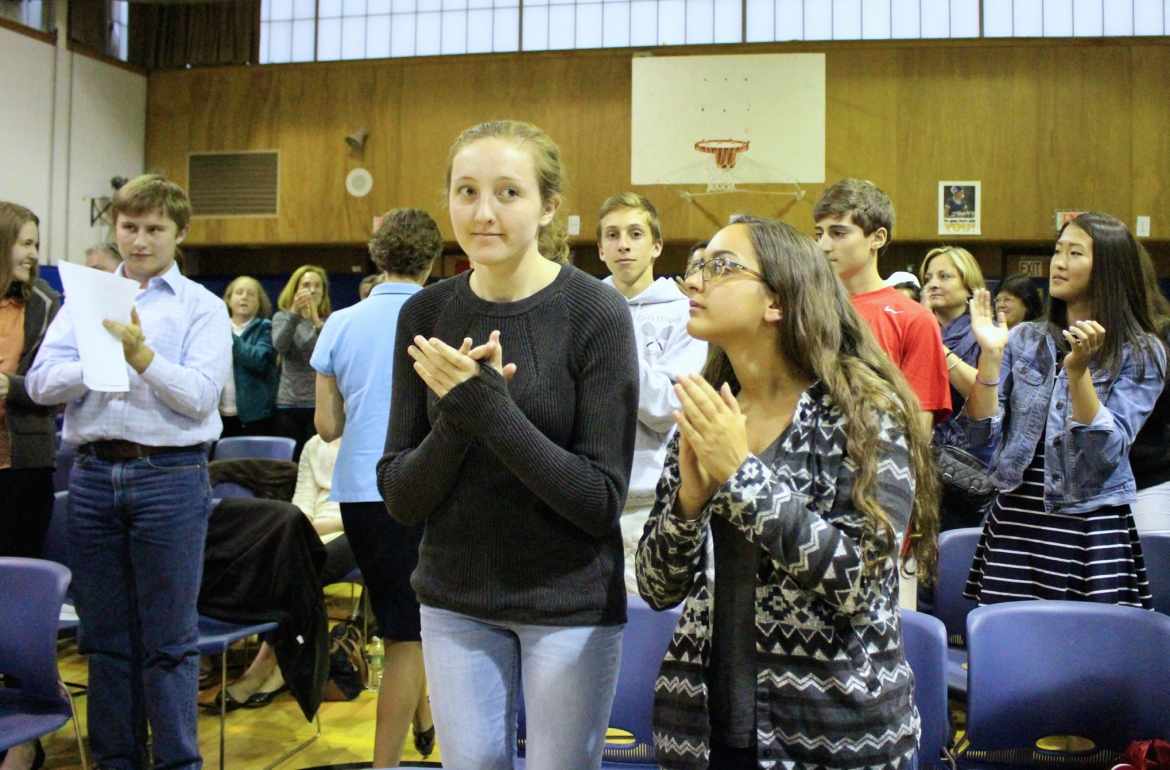 Throughout the night there were several standing ovations for speakers providing testimonials on behalf of John Yoon.

Steve Waters continued the story of the missing girl. “I’m the chaperone who lost the girl in China,” he said.

“This was a difficult situation. We lost her in a city of seven million people…,” he said, going on to describe how he’d taken a group of 24 to a park to exercise, paired them off with buddies instructed not to separate. He said that the girl separated from her buddy, wandered off with some boys and found herself alone and lost outside the park. Later, he said that after she’d been reunited with the group, in the airport, he’d asked the girl what happened and she was unapologetic.

“Her parents, after we got back, called the system and said John should be fired, and it had nothing to do with John,” Waters said. “And I would encourage this board to think about this matter and ask whether in fact John really is responsible… I don’t know the facts, but I would encourage you to look very carefully before you let this occur this way.” 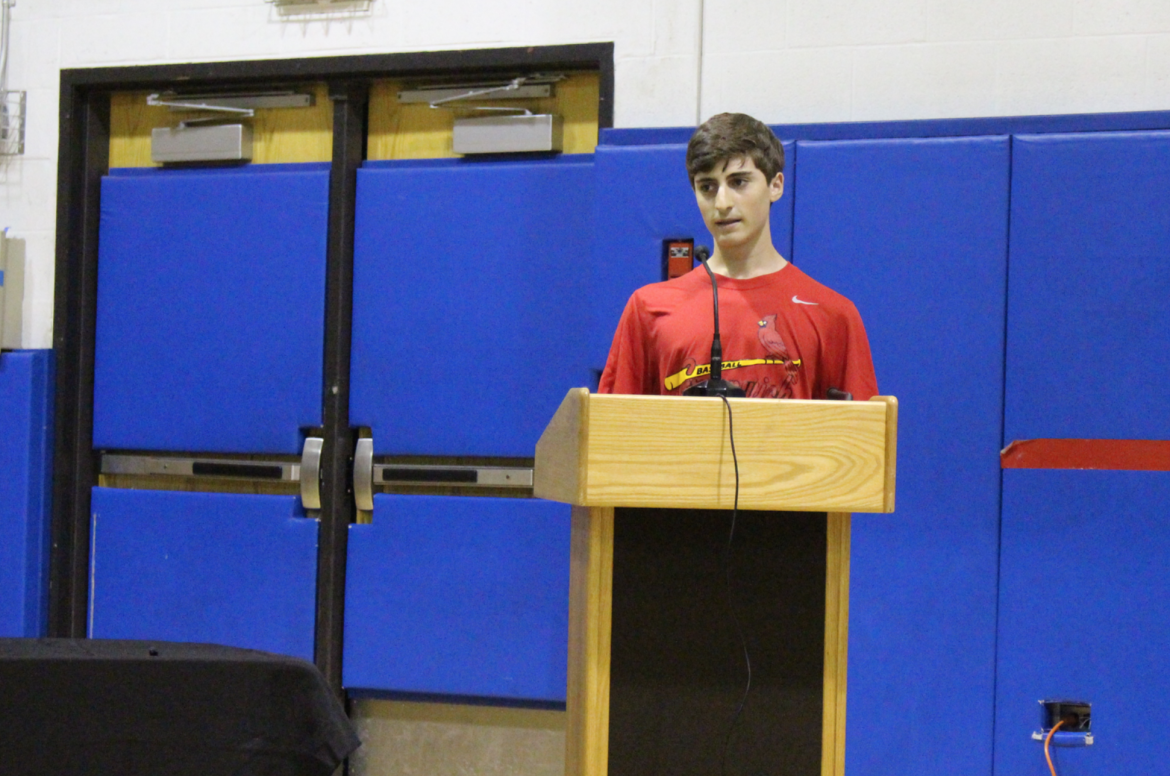 Ben Michaels, a member of the jazz ensemble at GHS, said he’d like to see Mr. Yoon back at GHS as fast as possible. Michaels described how Mr. Yoon harps at his friend, constantly reminding him to keep his trumpet up and play louder.

Ben said that Mr. Yoon’s persistence could be annoying, but that his focus on small details — how a player looks, their posture, keeping the trumpet up — all contribute to the big picture and a positive culture. “That’s why I love it, and why everyone here is in support of it loves it and why it’s so great,” Ben said. 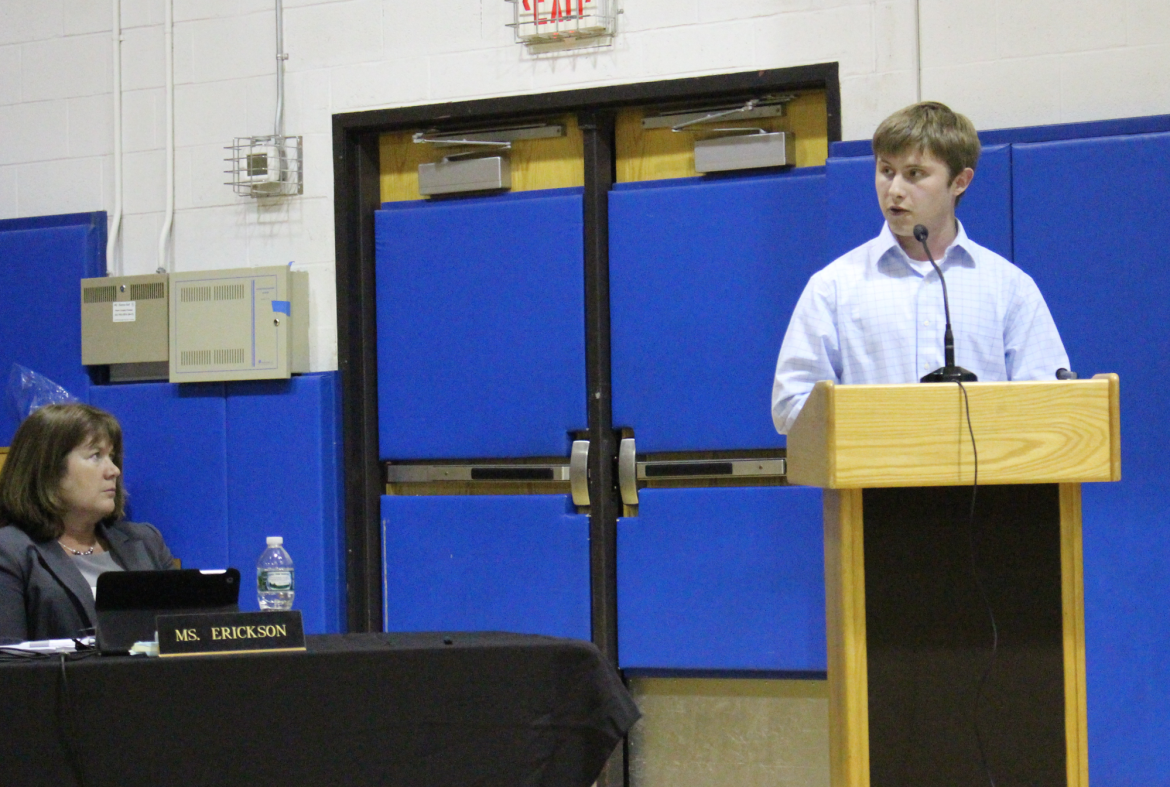 Peter Russell, a senior who said he’d spent 1,000 hours with Mr. Yoon over four years and in four bands praised his teacher. “We’ve gone from marching on the Avenue to traveling the world in pursuit of educational opportunity, whether in Greece, China or Cuba,” Russell said. Credit: Leslie Yager

GHS Band member Peter Russell, a senior who said he’d spent over 1,000 hours with Mr. Yoon in four bands over four years, offered to share some insights on Mr. Yoon and his band program. He said that since Mr. Yoon arrived 22 years ago, the band grew from 40 students to over 200 students today.

“It went from two small ensembles to six larger ones,” Peter said. “We’ve gone from marching on the Avenue to traveling the world  in pursuit of educational opportunity, whether in Greece, China or Cuba.”

Anna Reguero from GHS class of 2000 said she played clarinet in the percussion ensemble, jazz ensemble and flute ensemble.

“I did it all, and Mr. Yoon knew early on that  I wanted to be a musician and got me the best clarinet teacher in Connecticut,” she said, adding that after high school she went on to Eastman School of Music, the number one school for music in the country, and then got a masters in arts journalism. She said she then got a job as a music critic and is currently pursuing a Ph.D. in music. “This is all because of Mr. Yoon. He’s the one who put me on this path,” she said. “He never took it easy on me. …He was not easy. And I thank him very much for that,” she said, breaking into tears.

After the last person testified on behalf of Mr. Yoon, the room cleared out, leaving fewer than a dozen in the audience for the remainder of the meeting. 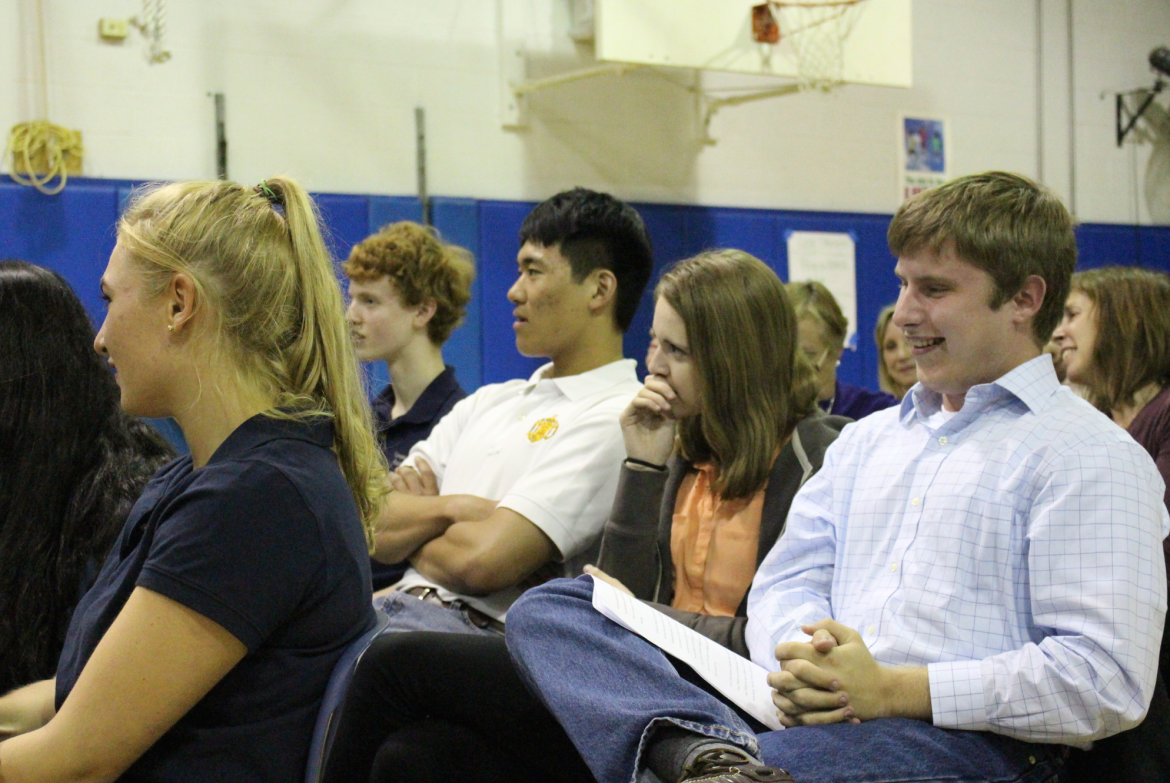