At Thursday’s Board of Education meeting, GHS band director was honored for being included in the School Band & Orchestra Magazine December issue, “50 Directors who Make a Difference.” 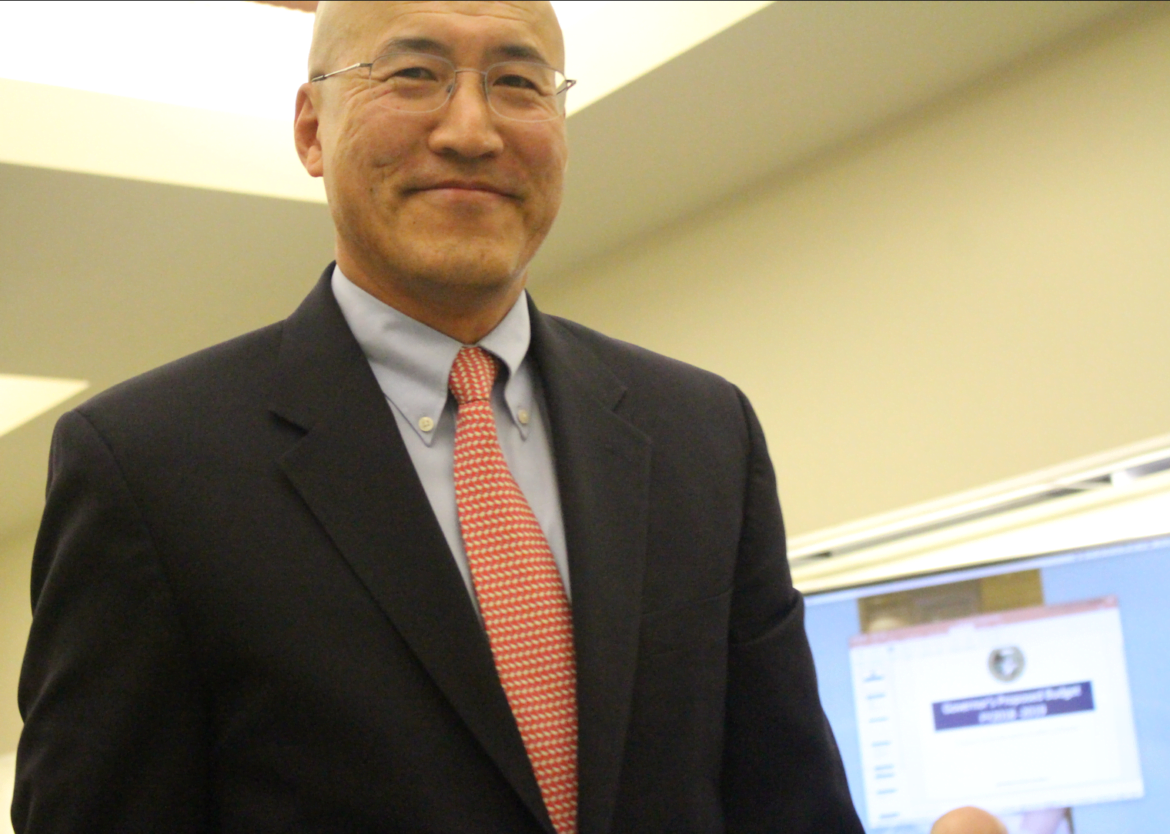 John Yoon smiled as he approached the Board of Education to be recognized for being included in “50 Band Directors Who Make a Difference.” Photo: Leslie Yager

BOE Chair Peter Sherr said Greenwich was fortunate to have a band director who makes a difference.

Greenwich Schools Arts Program Coordinator Laura White said, “The magazine features one music educator from each state. John Yoon, one of our band directors at the high school has been selected to represent Connecticut.”

Ms. White said that even though the magazine was “blown away” by all the  heartfelt, inspiring stories all candidates received, Mr. Yoon stood out. She said that multiple students and parents submitted information that supported the inherent of his program of his instruction to his students, parents, and the community.