Honor Band is comprised of over 100 fifth and sixth grade band students representing every elementary and middle school.

These students were nominated to join this group by their respective band teachers; selections were based on their musical aptitude, hard work and dedication to their instrument.

Band Teacher and Honor Band Co-Chair Ms. Holly Brown shared, “The Honor Band Festival has quickly become a staple of the band program in the Greenwich Public Schools. This is our third year and I believe it is something all of the teachers and
students look forward to each year. It is exciting to have this high level of collaboration happening on a district-wide level.” 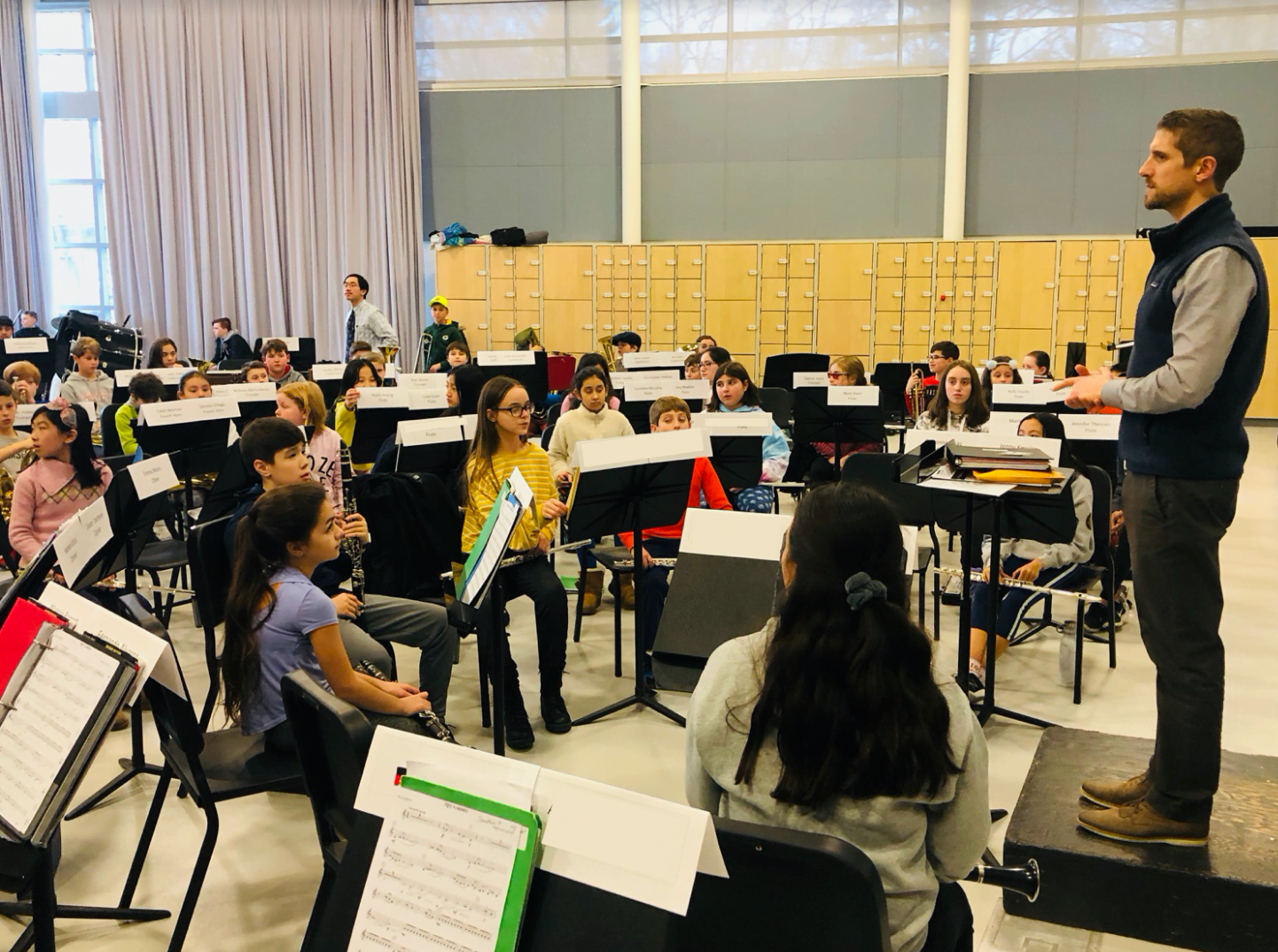 While students in the Honor Band have only rehearsed three times as a group, they have been diligently preparing at home and at their schools. A great feature of the program is the relationship building between Honor Band members. Often times, the sixth graders serve as role models for their fifth-grade band partners.

Band Teacher and Honor Band Co-Chair Mr. Mike Strange said, “I have thoroughly enjoyed watching the collaboration between our hardworking and talented band students. One of the main goals for this town wide Honor Band was to help encourage
our students to continue playing and enjoying music throughout their GPS education. We are fortunate to have such great teachers to mentor and support our students as well!”