Before the 2015 Pops Concert on Wednesday night, featuring well known music from shows such as Sound of Music, Jersey Boys, Wicked, and Phantom of the Opera, eager musicians tuned their instruments and chattered excitedly and nervously amongst themselves.

Not only was it the final concert of the year for these freshmen, sophomores, and juniors, but the last concert in many seniors’ high school careers.

When asked how she felt about completing her years spent in high school orchestra, Marina Pipher said, “It’s the first time a major chapter of our lives is behind us. It kind of cast all of those years in a different light and perspective and it’s all very beautiful. Orchestra has given me the knowledge to find music everywhere in life, and to think its been such a big part of my life for 10 years is something I’m really grateful for.” 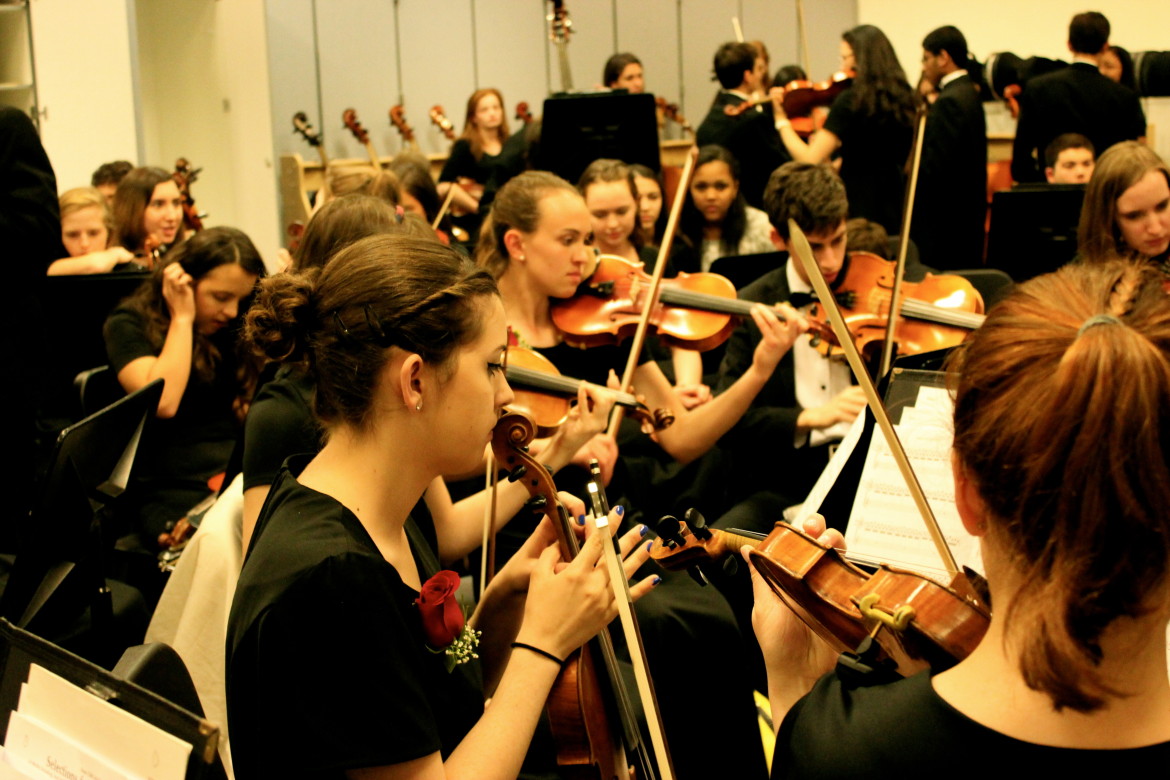 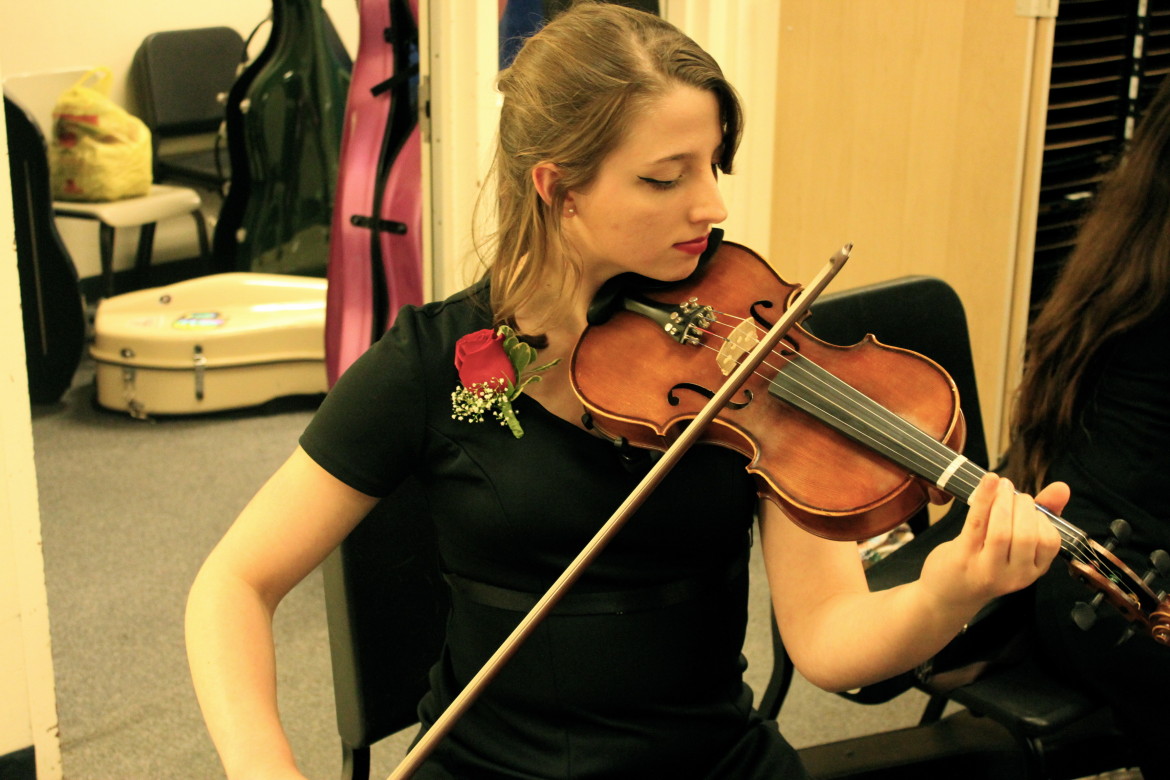 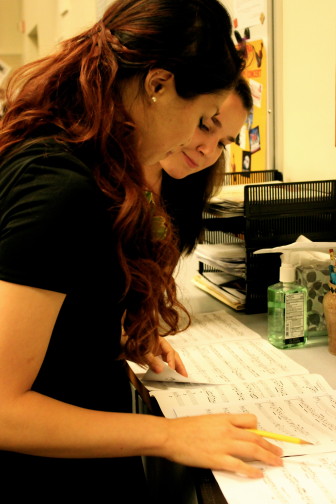 The students’ passion for orchestra really shows in their hard work and enthusiasm. When asked how she felt about orchestra, Amanda DeBold, a Junior exclaimed “I love orchestra!” saying it’s a class that she looks forward to not only because she loves to play her instrument, but because it gives her a chance to mingle and make friends in other grades.

The performance gave her and many others the opportunity to demonstrate their talent earned by hard work and dedication.

Another senior, Brianna Tam, apart from being the featured Cellist in Saint-Seans’ Cello Concerto No. 1 in a minor (no easy feat,) also arranged a Phantom of the Opera Medley performed by the string ensemble. These accomplishments add to a long list, and to be moving on towards the next chapter in her musical pursuits is certainly a momentous occasion. 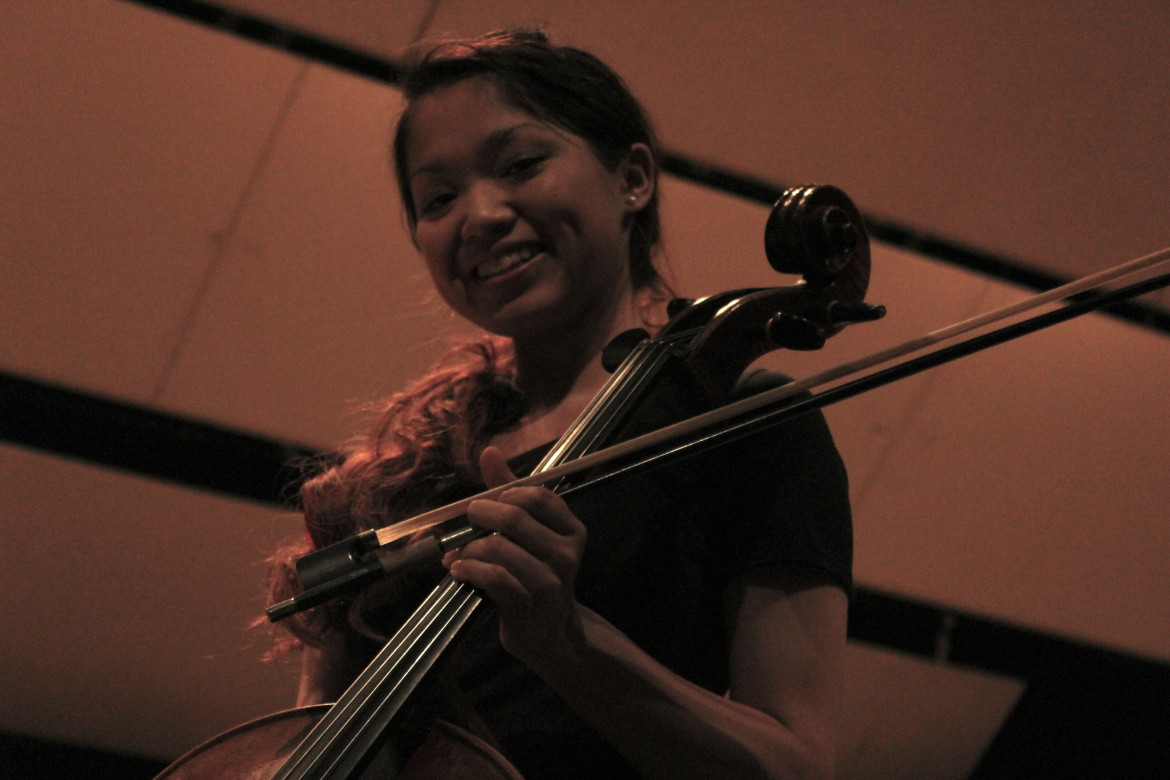 For Mrs. Fuscaldo, the choir director the night featured many significant moments as well. Many of high school grads in the orchestra are students she has taught since they were in elementary school, and as Pascale Carrel said in thanking her, they would not be the accomplished musicians they are without her encouragement and good humor.

Honoring each Senior individually, Mrs. Fuscaldo spoke thoughtfully, thanking all seniors  for the incredible impact they had on their peers over the years.

Overall, the 2015 Pops Concert was a night to be remembered. Not only did it showcase each orchestra member’s individual talents,  but it left audience members humming the lively, familiar music long after the last notes had been played. 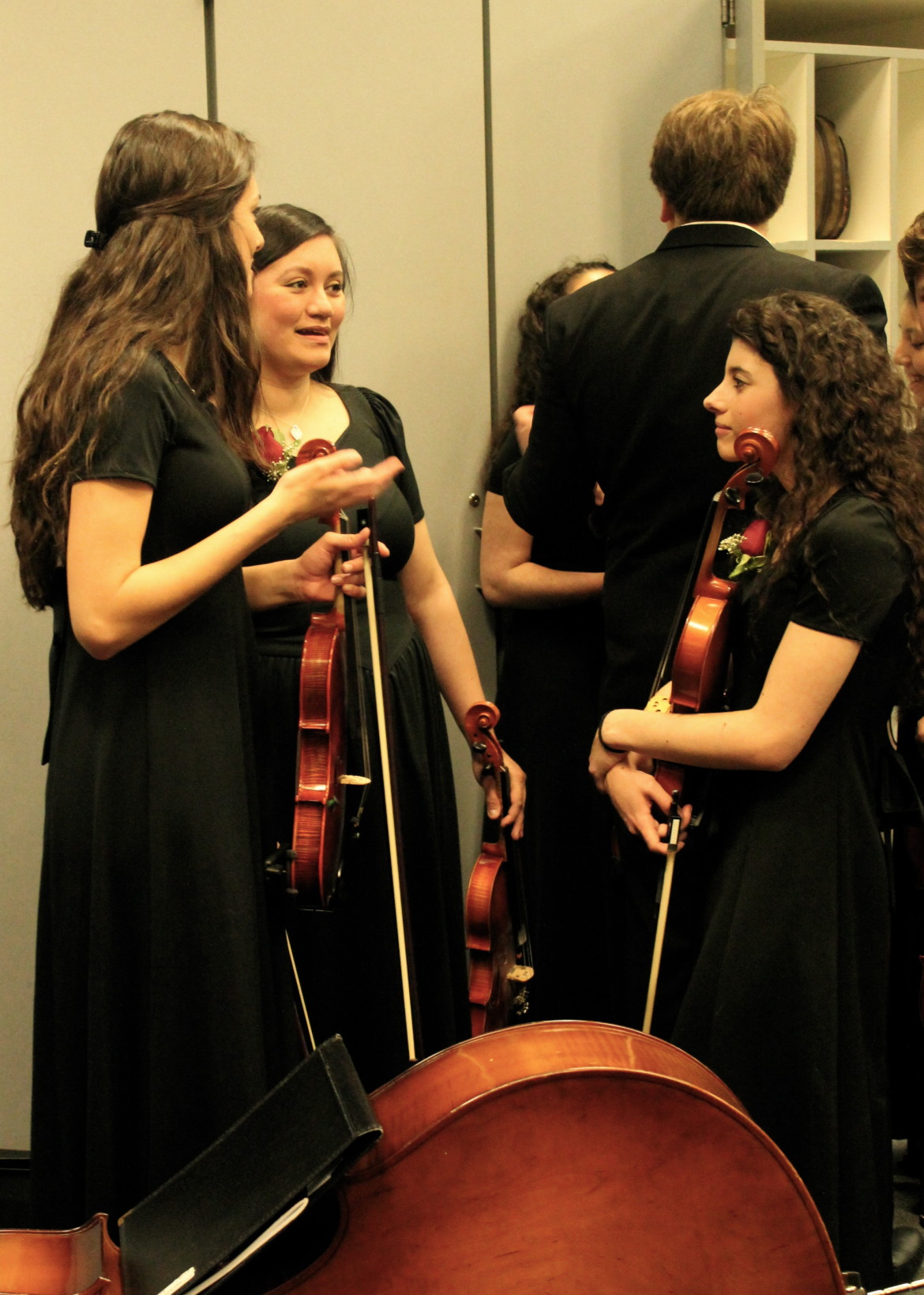 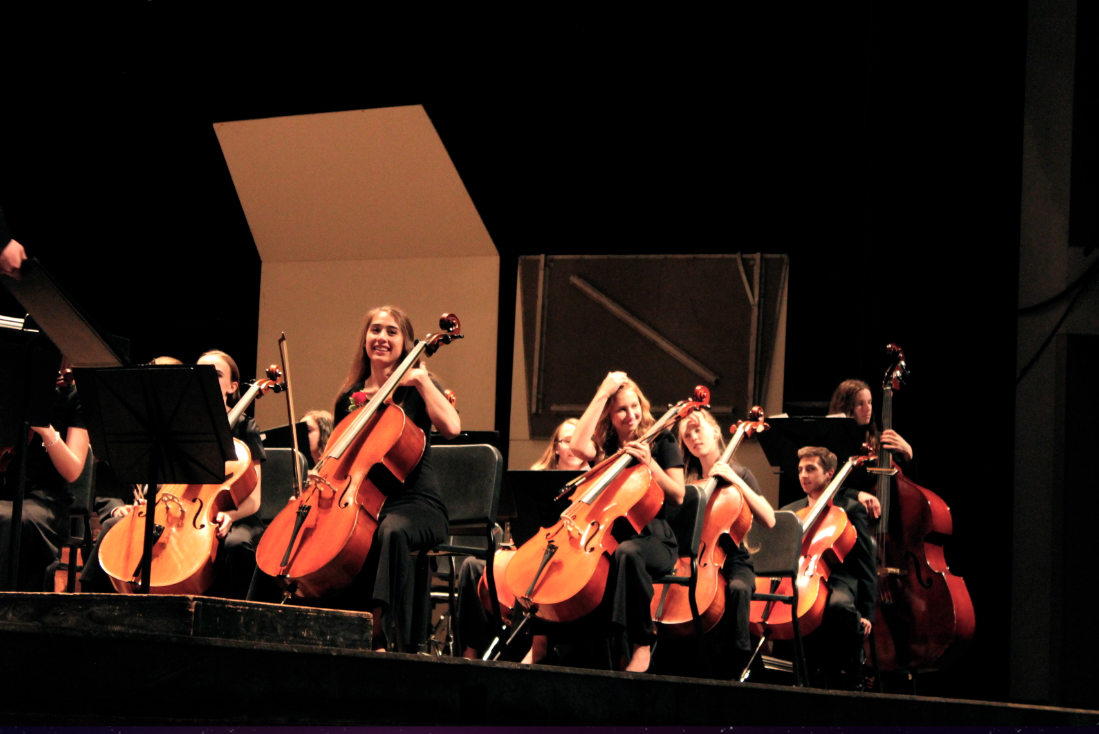 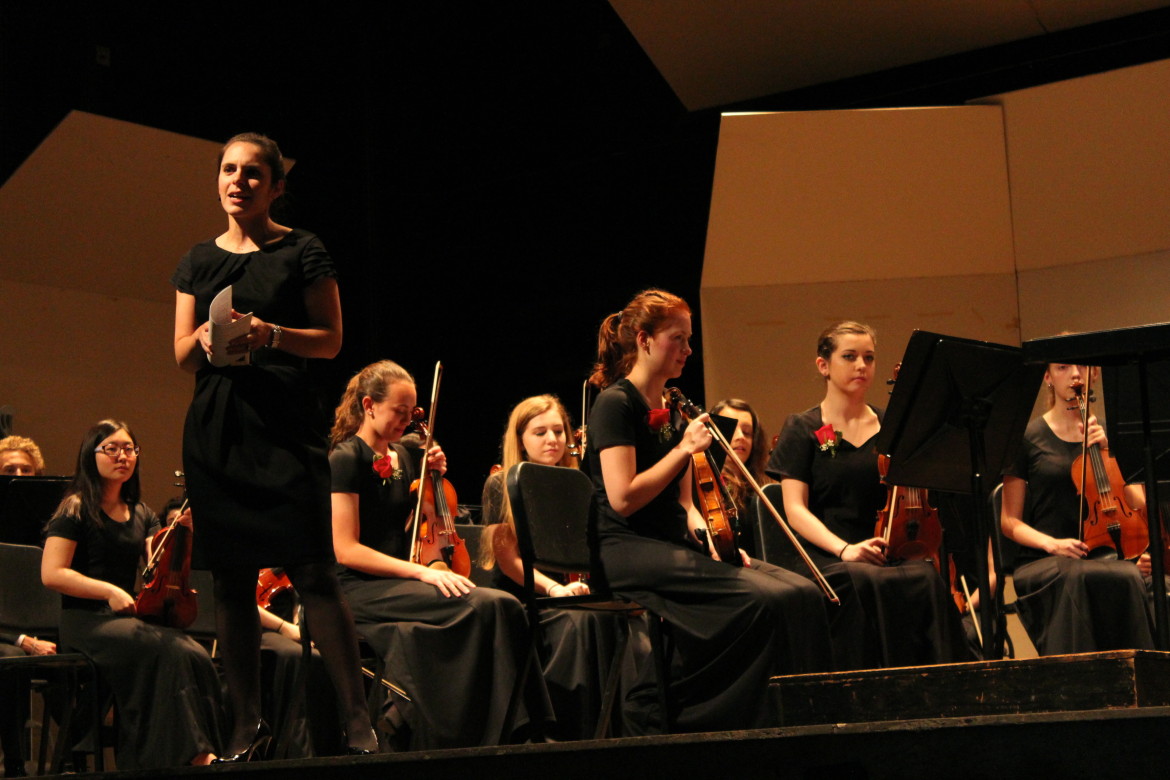 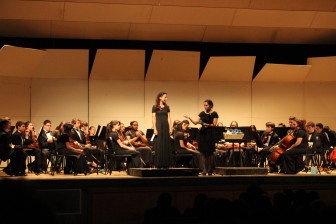 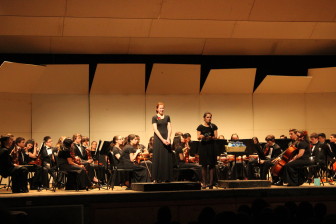 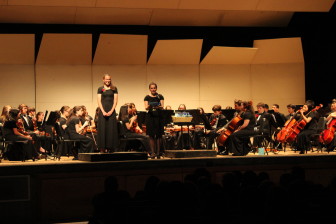 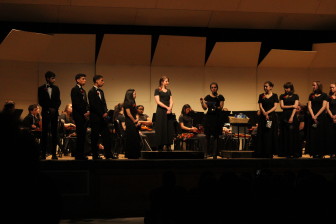 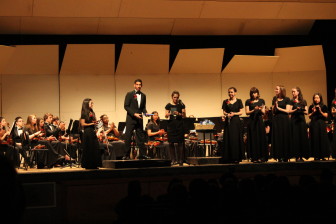 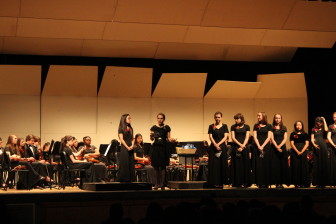 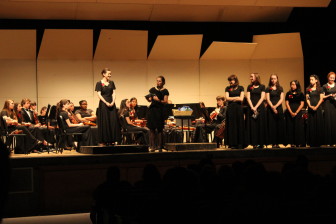 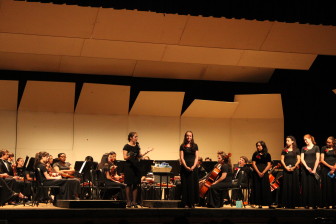 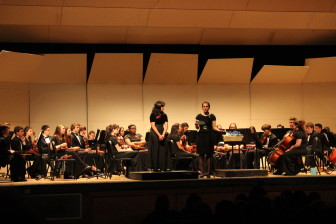 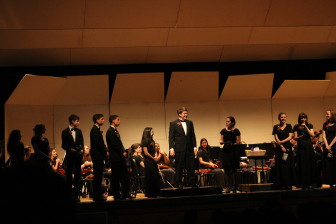 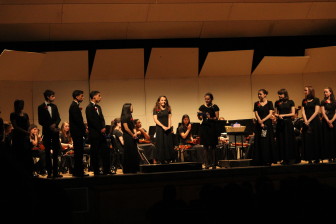 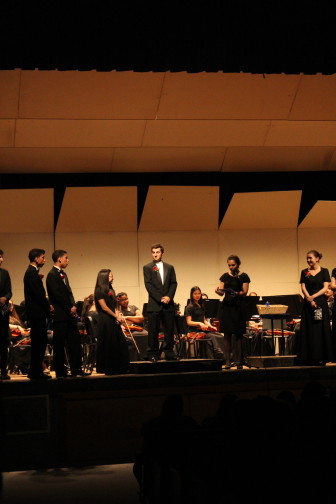 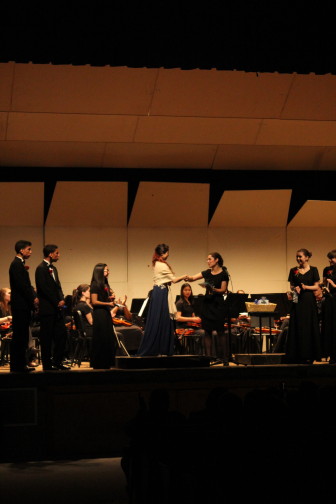 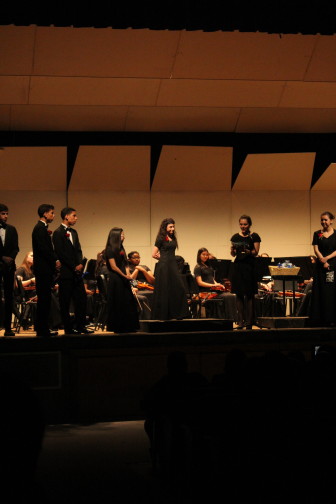 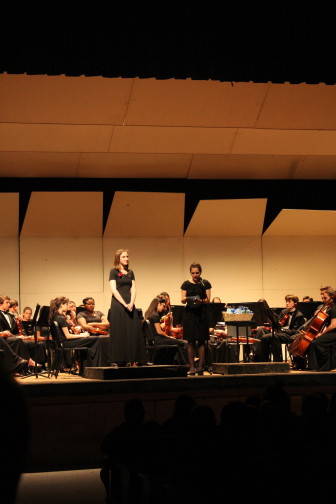 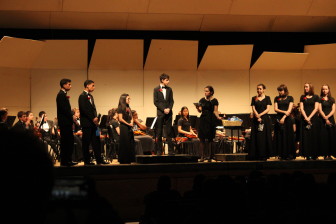 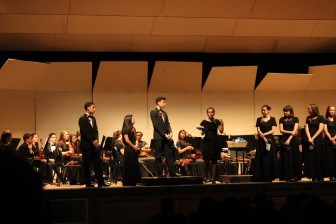 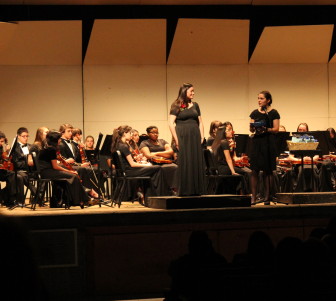 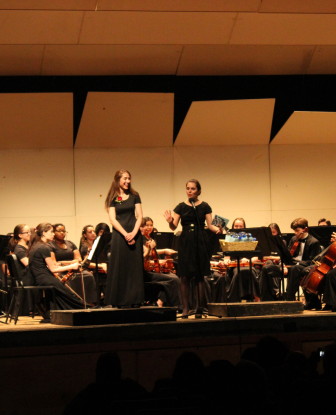 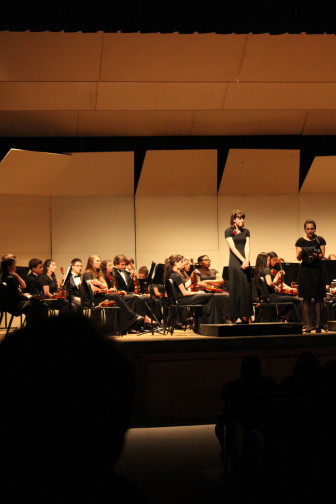