On April 7, 2018, the Bruce Museum will open In Time We Shall
Know Ourselves, an exhibition of black-and- white photographs by New Haven photographer Raymond Smith. The exhibition will be on display in the Museum’s Bantle Lecture Gallery through June 3, 2018.

The Bruce Museum will host a reception and artist talk for the exhibition on Sunday, April 15, 3 – 5 pm.

At 3:30 pm, Raymond Smith will present a lecture titled, “I Am a Camera,” which will be followed by a Q&A and book signing. The reception is free for Museum members and students (with valid ID); non-members $15. Advance registration is required, as seating is limited. To reserve your seat, please visit brucemuseum.org and click “Reservations,” or call 203-869- 0376. 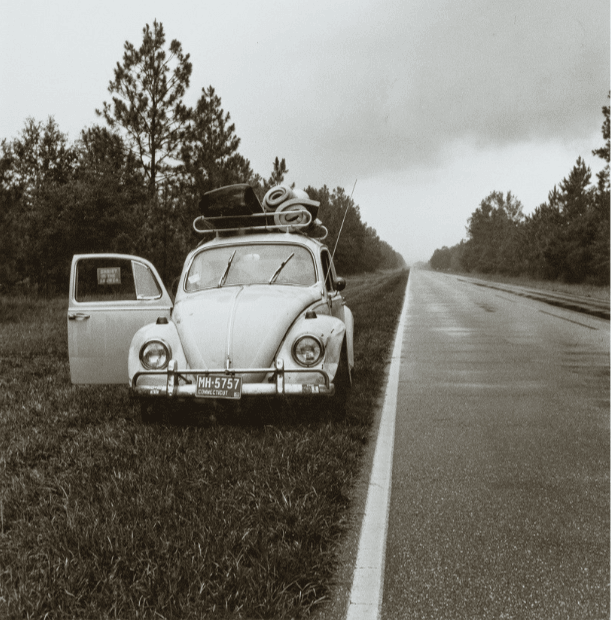 Inspired by the photographs taken in the American South in the 1930s by Walker Evans, a teacher and mentor of Smith at Yale University, as well as by Robert Frank’s The Americans (1958), in the summer of 1974 Smith embarked on a photographic expedition of his own. Smith traveled with his friend Suzanne Boyd in an aging Volkswagen from New England through the South and into the Midwest, camping and photographing people and places he encountered during the three-month journey.

Intending to write a Ph.D. thesis in American Studies, Smith instead channeled his intense curiosity about his country and its inhabitants into a moving suite of portraits, works that are at once down-to-earth, melancholy, and filled with surprise.

The exhibition features 52 photographs, most of which are vintage prints. Smith also has produced a book, In Time We Shall Know Ourselves, which features perceptive essays on Smith’s photography by Alexander Nemerov, Professor of Art History at Stanford University, and Richard H. King, Professor Emeritus American Intellectual History at the University of Nottingham. 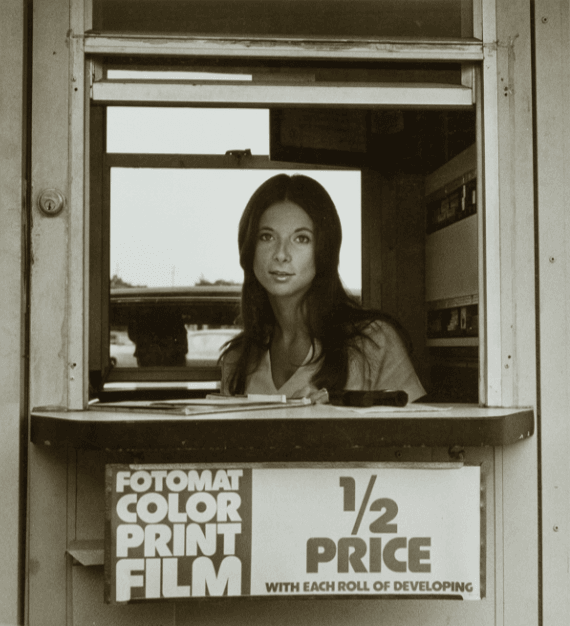 In the book Smith explains where he got the title. Driving south toward New Orleans and on the outskirts of Hattiesburg, Miss., midway through his trip he saw this sign: “In time we shall know ourselves/ Even as also we are known/ As we ourselves are known.”

For decades, Raymond Smith’s photographs remained unknown. After mounting two small exhibitions locally, in 1974 and 1975, Smith pursued a career as a seller of rare books on art, architecture, design and photography, through R.W. Smith Bookseller, the New Haven business he continues to operate.

In 2009, a curator of photography at the Yale University Art Gallery encouraged him to publish his work, a project that in turn led to an exhibition in 2014 at the Montgomery Museum of Fine Arts in Alabama.

After traveling to six other major museums in the South, Smith’s exhibition of road trip photographs is finally coming to the Northeast.

“The work that was hidden away for all those years is now seeing the light,” Smith said to Randall Beach, a writer for the New Haven Register in a 2017 article. “I thought, ‘If this has the power to move somebody …’ That was always my dream and I thought it would hold. I’ve kept this dream alive all these years.”

Smith’s work may have been inspired by Walker Evans and Robert Frank, but In Time We Shall Know Ourselves stands as an independent statement about America and about photography in Smith’s times and places. Through the exhibition In Time We Shall Know Ourselves, these vivid short stories blossom into an epic travel narrative, a great American novel set in the 1970s but with its culmination in the exhibition now traveling the country. The photographs serve not only as windows through which we see an earlier age, but also as mirrors in which, in time, we may learn something of ourselves.

In Time We Shall Know Ourselves is organized and circulated by the Montgomery Museum of Fine Arts in Montgomery, Alabama. The  exhibition is generously supported by The Charles M. and Deborah G. Royce Exhibition Fund, with support from the Connecticut Office of the Arts.