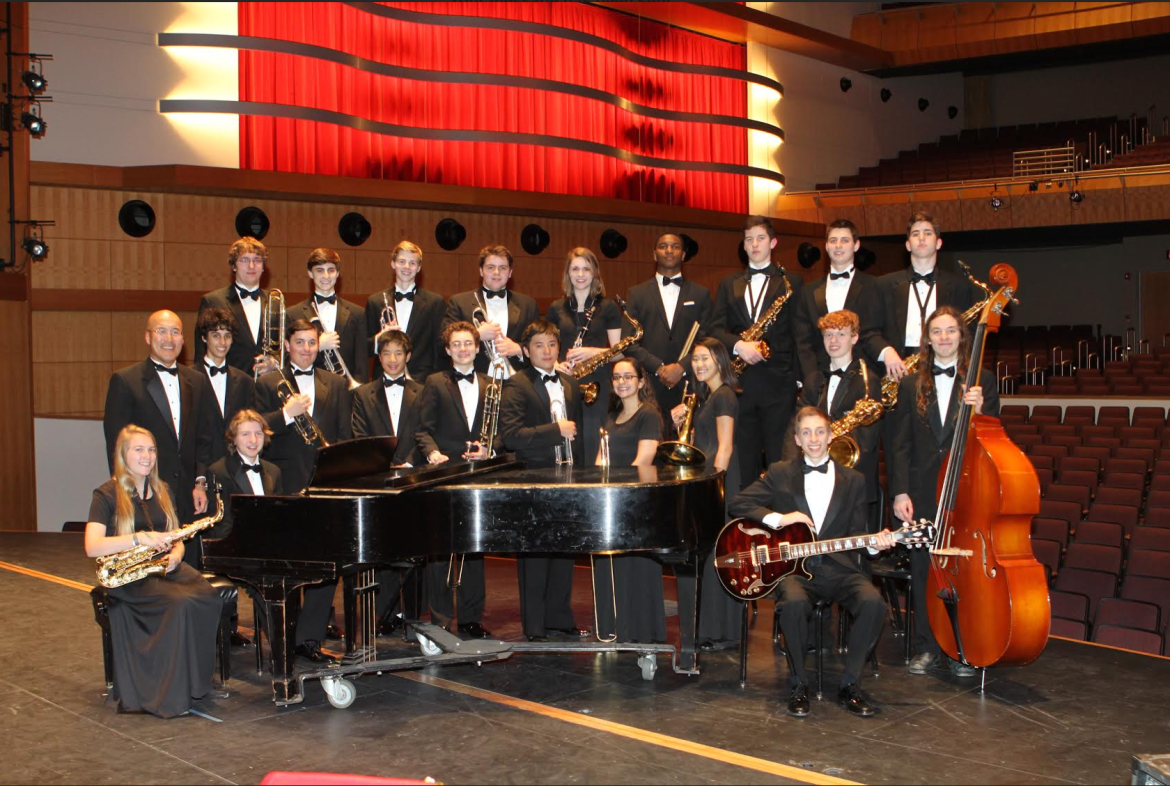 Twelve high school jazz bands will participate and compete at the Essentially Ellington Regional Festival, hosted by Greenwich High School and co-sponsored by Jazz at Lincoln Center on Saturday March 19, from 11:00 am to 7:00 pm.

Every half-hour, from 11:00 am to 5:30 pm, jazz ensembles from different tri-state area high schools will perform for the community, each other, and a panel of notable judges.

Admission is $10 at the door and $5.00 for students and seniors. patrons can come and go all day.

Sandwiches, pizza, baked goods, and beverages will be available for purchase throughout the day.

At 6:00 p.m., the judges, all professional jazz musicians, and emcee – Greenwich’s own bassist Rick Petrone – will take the stage for an exhibition performance before they present awards to the students at 6:30 pm. 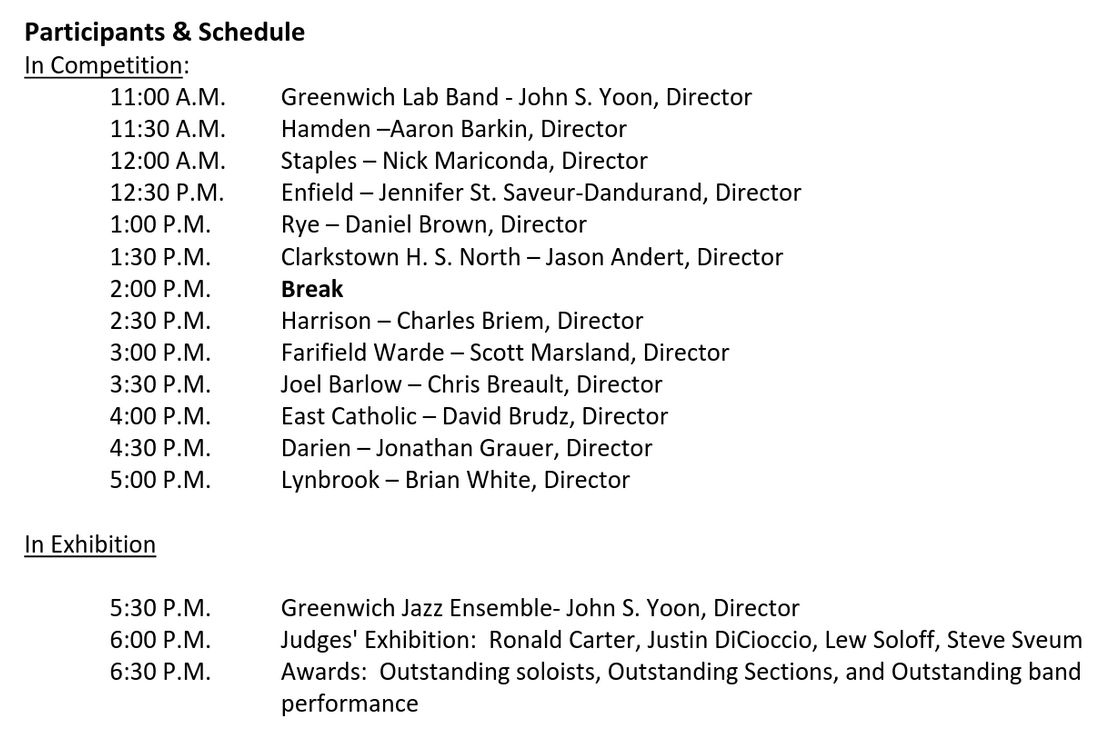 Alex Norris, Trumpet:  Residing in New York City, Norris performs all over the world with his own jazz group and with the Ron Carter’s Great Big Band, the Mingus Big Band, Pat Martino, Alan Ferber’s Big Band, Miguel Zenon and many other jazz and Latin jazz artists. He performs regularly at top New York Jazz Clubs such as the Jazz Standard, Smalls, Smoke, Birdland, the Jazz Gallery and the Blue Note.  He is also a member of the Jazz Studies Faculty at the Peabody Conservatory of Music.

Justin DiCioccio, Drums:  Inducted into the Jazz Education Hall of Fame in 2001, Mr. DiCioccio is internationally recognized as one of the foremost jazz educators of our time. DiCioccio chairs the jazz department and is assistant dean at the Manhattan School of Music.  He is also director of the big band at the Henry Mancini Institute and directs international jazz programs, in partnership with Manhattan School of Music, that take place in Amsterdam, Holland.  DiCioccio is also former member of the Rochester Philharmonic and the Marine Band the “President’s Own,” where he served as the official White House drummer during the Kennedy and Johnson administrations.

Chris Crenshaw, Trombone:  He was born in Thomson, Georgia and started playing piano at age three.  He started playing the trombone at 11 and received honors and awards along the way.  In 2007, Crenshaw received his Master’s degree in Jazz Studies from The Juilliard School, where his teachers included Dr. Doulas Farwell and Wycliffe Gordon.  He joined the Jazz at Lincoln Center Orchestra in 2006 and in 2012, he composed God’s Trombones, a spiritually-focused work which was premiered by the orchestra at Jazz at Lincoln Center.

What is the Essentially Ellington High School Program?  Jazz at Lincoln Center (JALC) created the Essentially Ellington program (EE) in 1995 to make Ellington’s music accessible to as many high school musicians as possible and to support the development of their schools’ music programs.  These non-competitive, education-focused festivals were designed to offer high school jazz bands of all levels the opportunity to perform the music of Duke Ellington and other seminal big band composers and arrangers. Participating bands receive professional feedback from JALC clinicians and other jazz professionals.   While the music of Duke Ellington will always be central to EE, the program now explores other important big band arrangers and composers as well—one each year.

Sponsorship: Founding leadership support for the Essentially Ellington High School Jazz Band Program is provided by The Jack and Susan Rudin Educational and Scholarship Fund. Major support is provided by the Surdna Foundation, The Irene Diamond Fund, the United States Congress, the National Endowment for the Arts, and Alfred and Gail Engelberg.