John Yoon, the band director for GHS, along with a host of student and parent volunteers welcomed ten ensembles from Connecticut and New York. 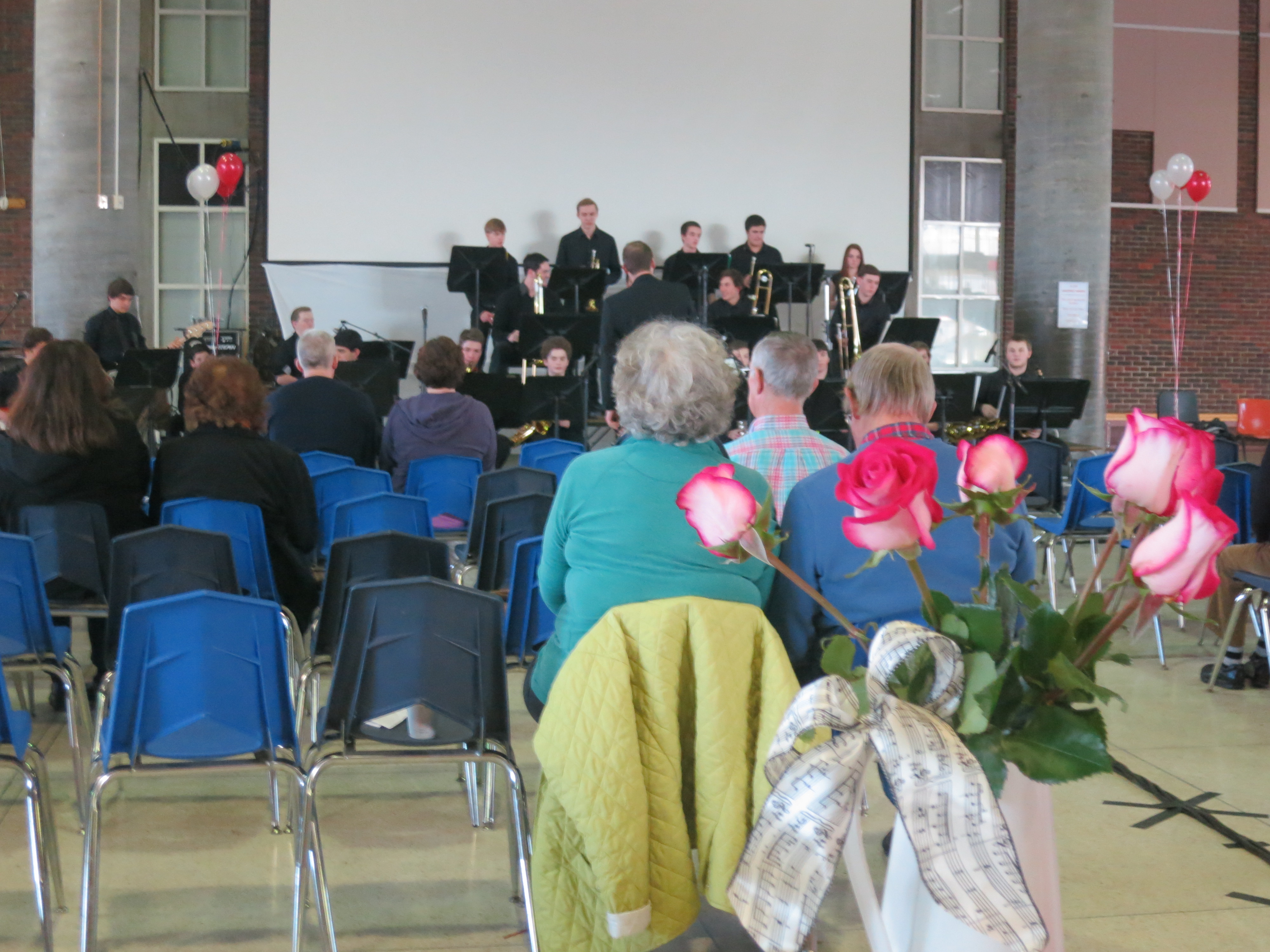 The daylong event was attended by  jazz fans of all ages, some who traveled a great distance for the display of talent. With both a Jazz Lab Band a Jazz Ensemble, GHS was unique among the 10 bands who joined them at the festival. 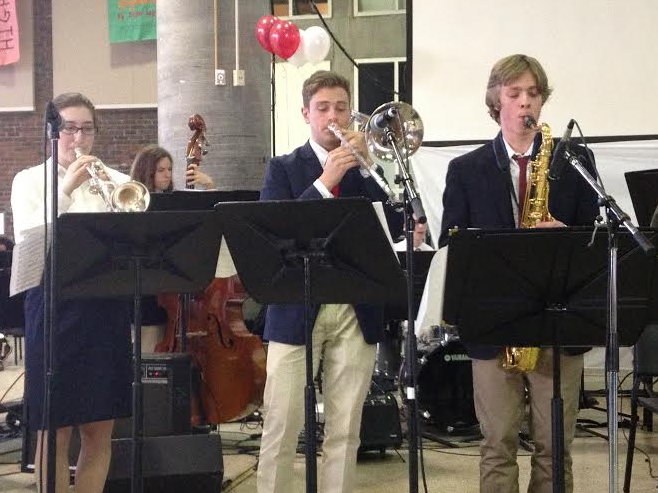 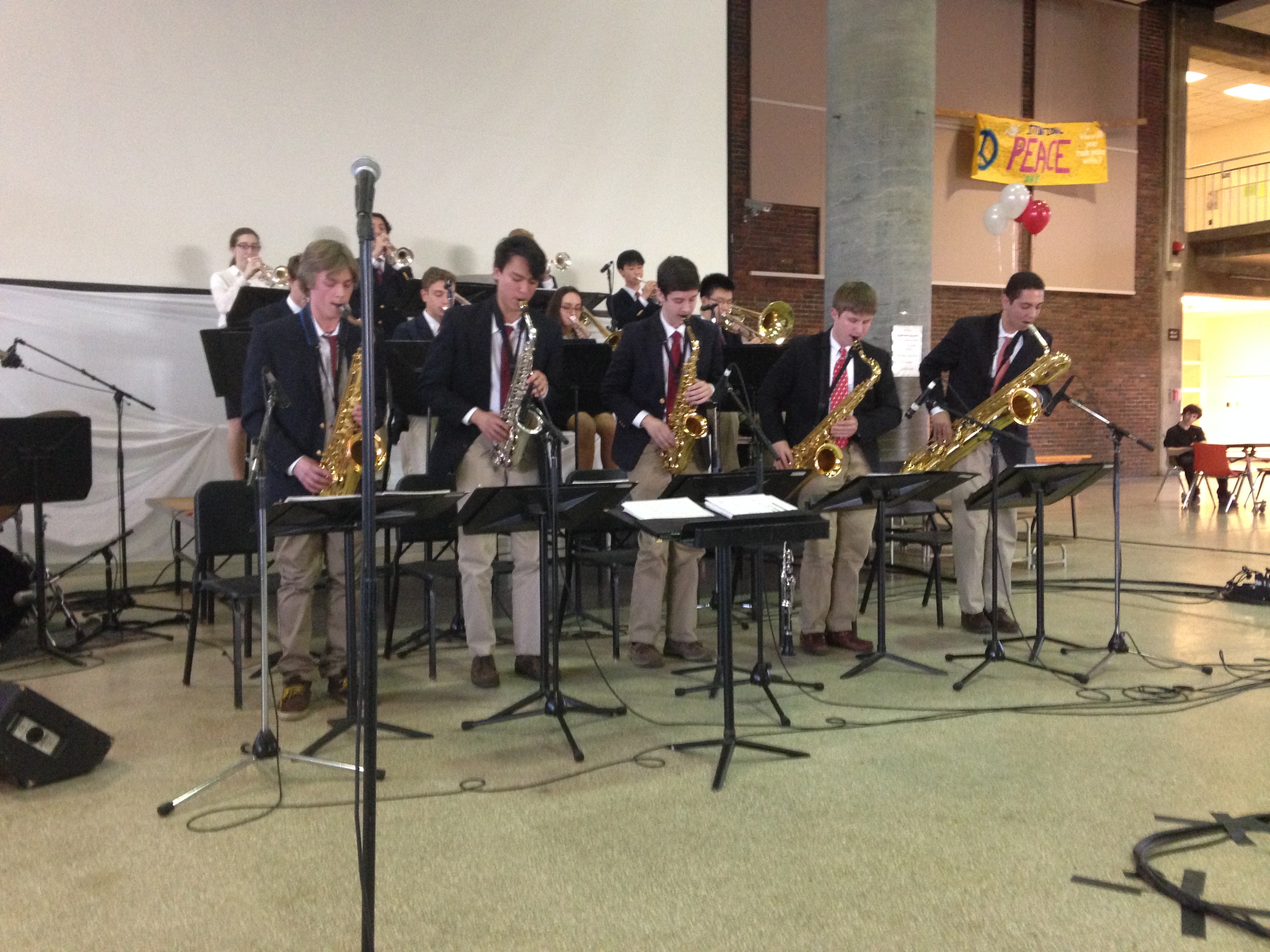 The GHS Jazz Ensemble performed in exhibition toward the end of the festival. Contributed photo, Lisa Bologna. 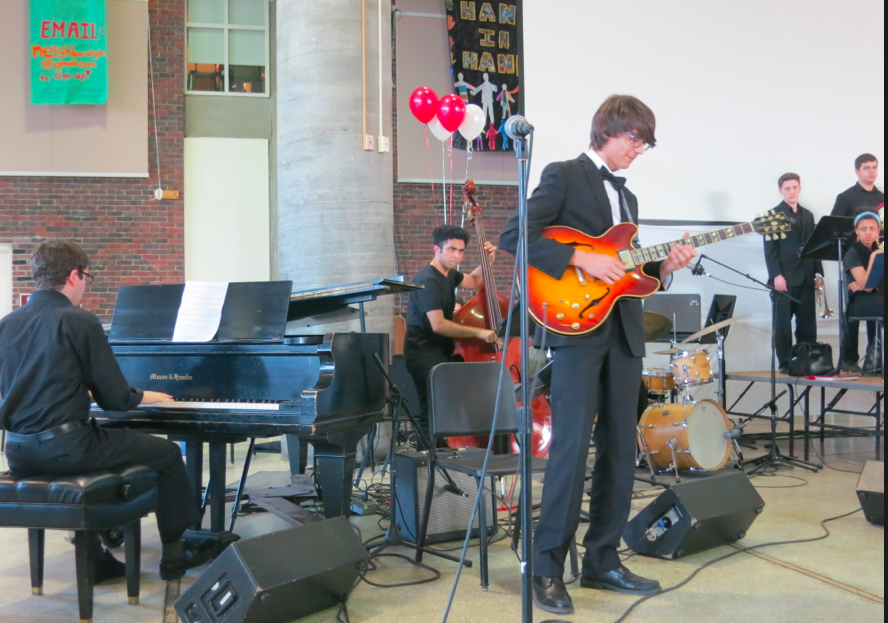 The LaGuardia High School of Music & Art and Performing Arts was top band of the festival. Featured: Emmett Sher on guitar.

The top band of the day was LaGuardia High School‘s senior jazz band under the direction of Kevin Blancq, winning “Outstanding Band Performance.” The school, located in New York City, has a competitive admissions process. 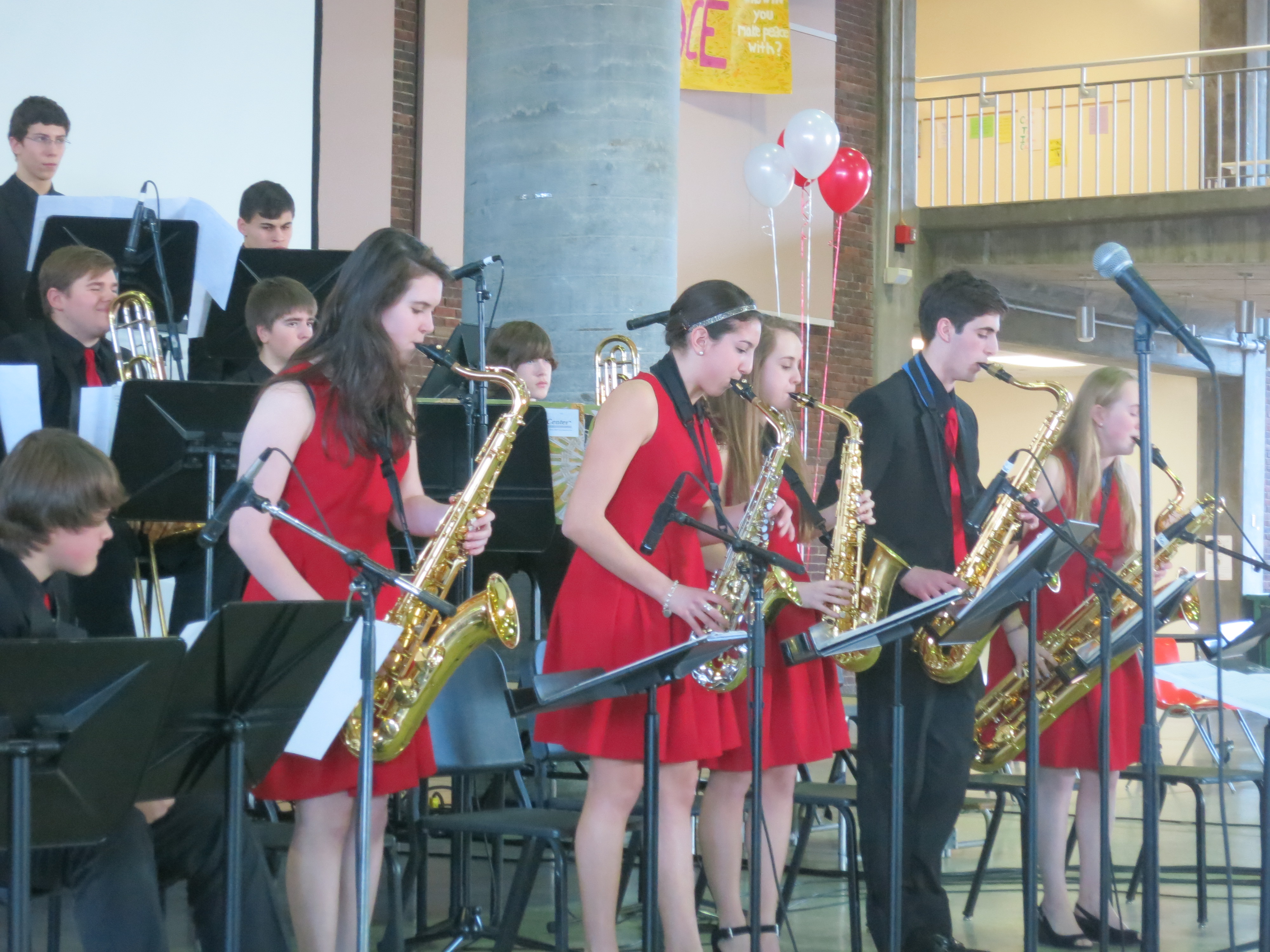 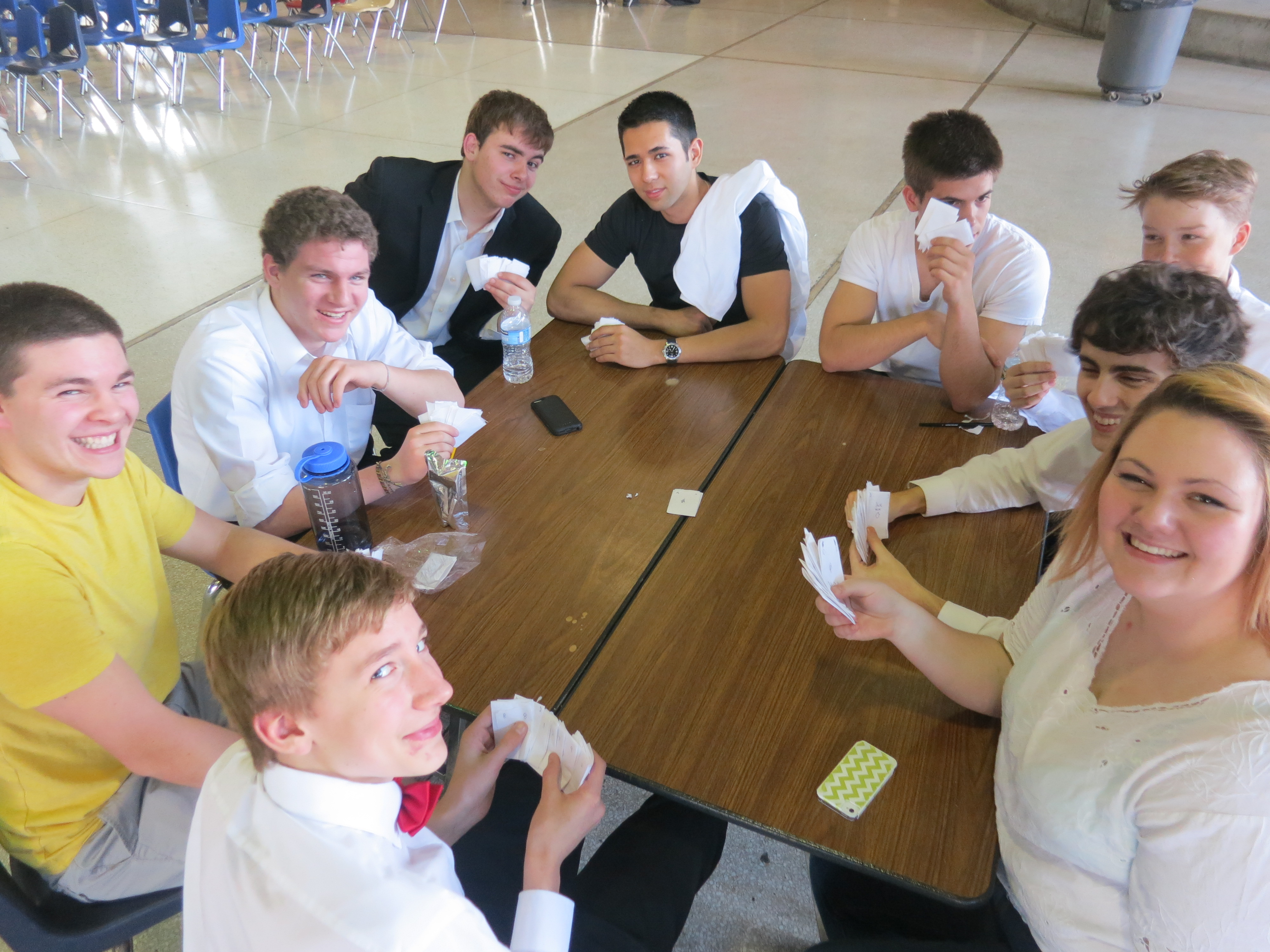 According to Wynton Marsalis, Managing and Artistic Director, Jazz at Lincoln Center, who partner with GHS and Mr. Yoon for the regional festival, the event well organized and well run. After each band’s performance, the members participate in something of a de-brief or critique from one of the festival judges. 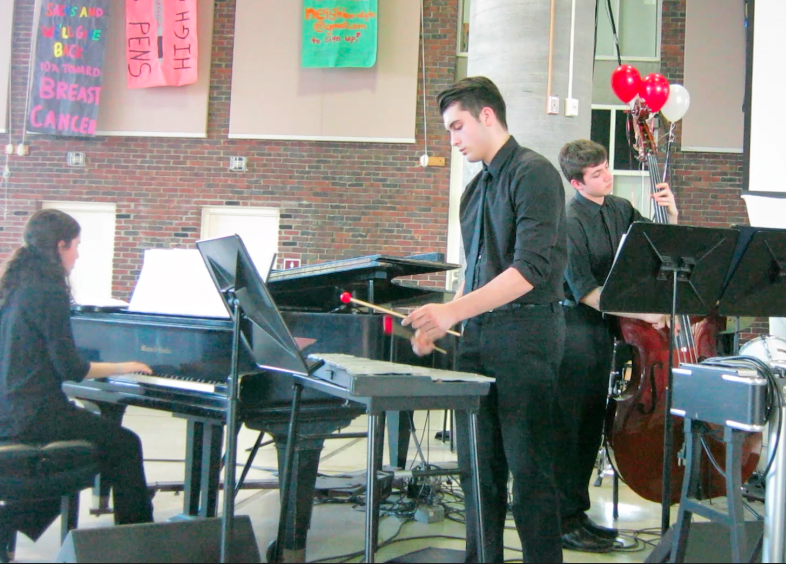 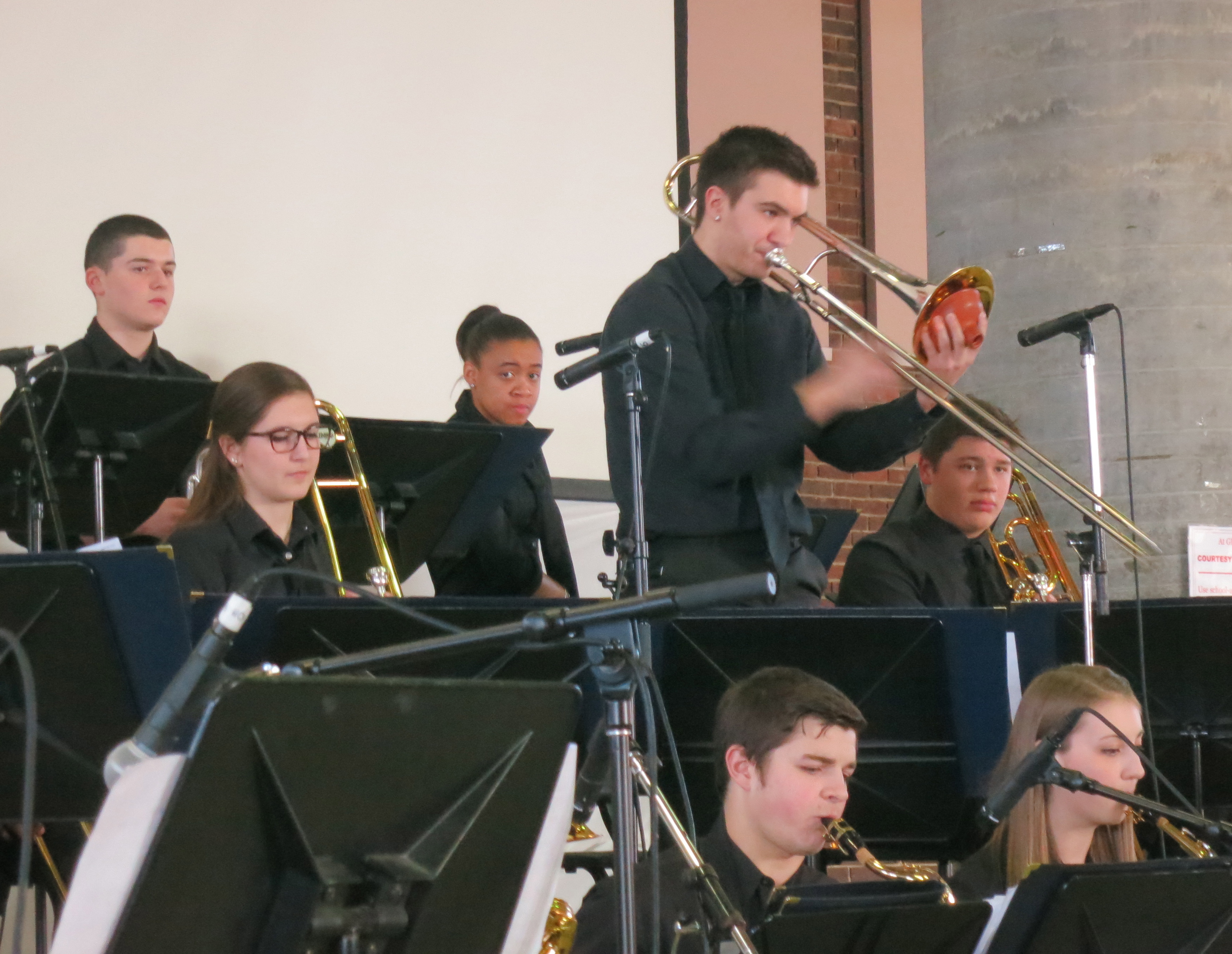 Festival Emcee and Judges
The festival emcee was Rick Petrone who sketched the directors in pencil on a drawing pad between making announcements and change-overs in bands ever half hour.

The Competition judges were Justin DiCioccio, Rich Perry, Gregory Gisbert and Scott Brown. DiCioccio is an internationally recognized jazz educator who was inducted into the Jazz Education Hall of fame in 2001. In 2002, he was named assistant dean of Manhattan School of Music, where he chairs the school’s jazz department.

Rich Perry joined the Thad Jones/Mel Lewis Orchestra in 1977, which included Pepper Adams, Jerry Dodgion, Rufus Reid and Harold Danko at the time. He spent two years touring the US and Europe. the band, with Perry as a key member, is now known as The Vanguard Jazz Orchestra and continues to tour and record. Three of their recent CDs have been nominated for Grammy awards.

Gregory Gisbert took up the drums as a child and later picked up the Flugelhorn and went on to attend Berklee College of Music in the 80s, where he recorded alongside Cyrus Chestnut as part of Phil Wilson’s Rainbow Band. At Berklee Gisbert had the chance to go on the road with Buddy Rich. He has recorded three albums under how own name and is currently on the faculty of the Manhattan School of Music. 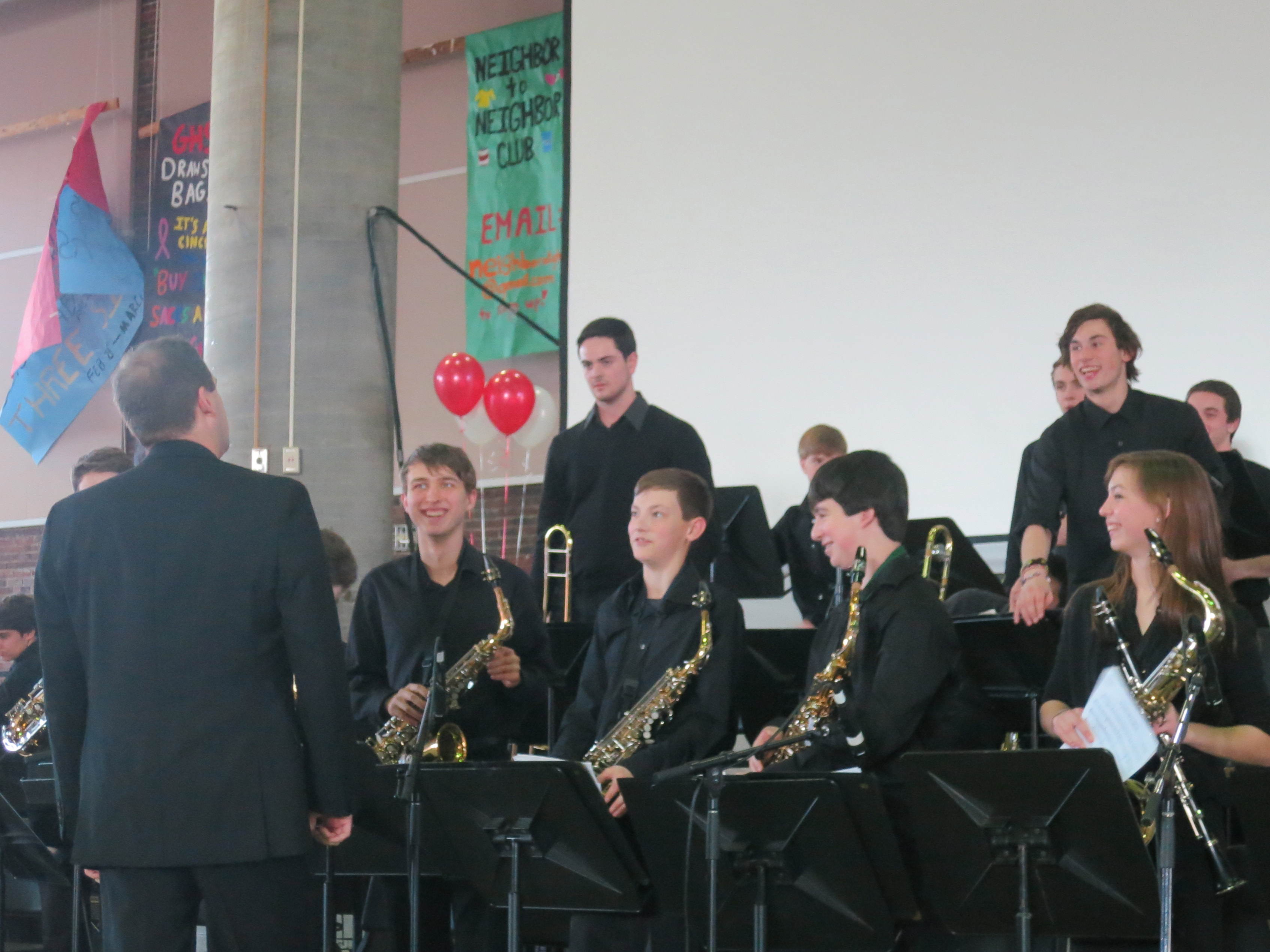