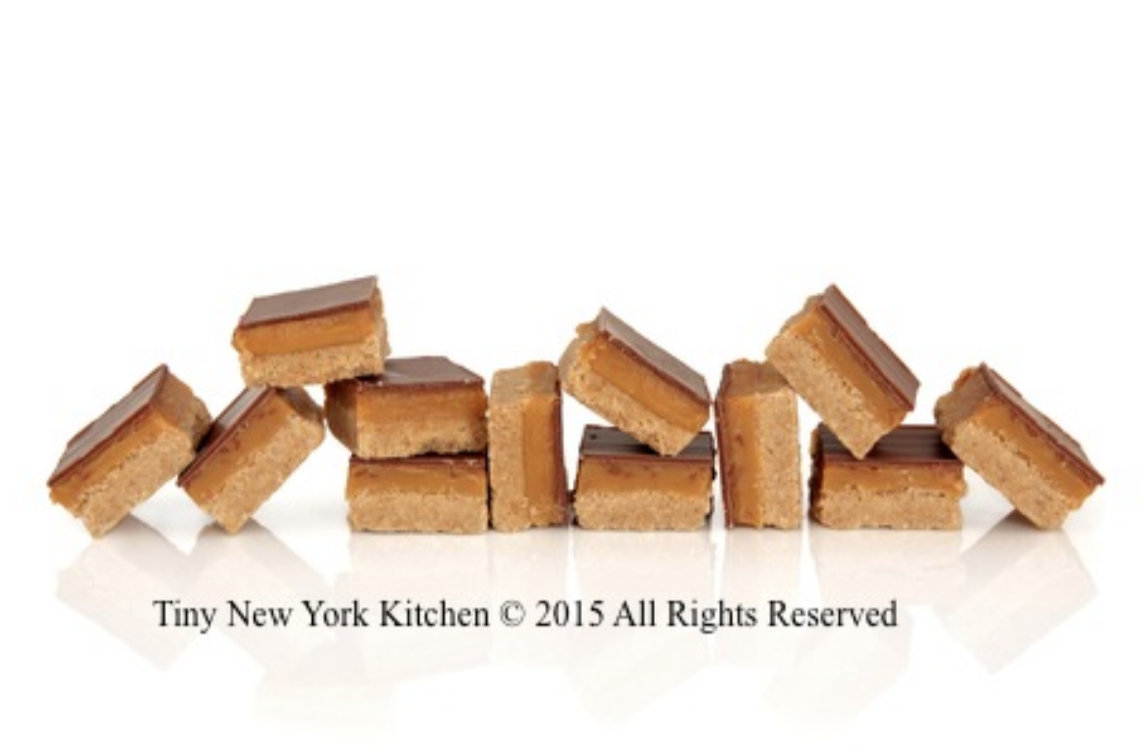 You just may want to double this recipe because they’ll be gone lickety split.

In heavy saucepan combine condensed milk, golden syrup, and butter. Turn heat to medium. Stir constantly and cook 10 minutes until mixture begins to bubble. You will want mixture to be a light caramel color. Turn off heat and stir in vanilla. Gently pour mixture over base layer and return to oven for 10 minutes. Remove from oven and let cool.

Using double boiler melt chocolate and butter. Stir until melted. Remove from heat and pour over cooled caramel layer making sure all caramel is covered evenly.

Place in refrigerator for 3 hours. Remove from refrigerator and cut into squares. Transfer to serving plate if you will be serving immediately or place back in refrigerator until ready to serve. Makes About 24
Note: You will find Lyle’s Golden Syrup in most grocery stores in the sugar