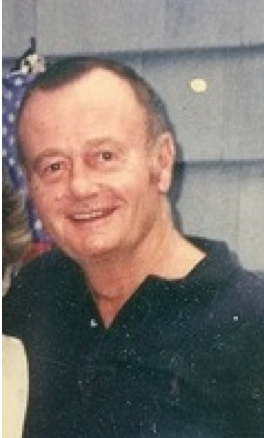 George J. Hyland, Jr. died peacefully at home, surrounded by his family, on April 13, 2016. He was a devoted and loving husband, father and grandfather. George was born on January 4, 1924 to George and Martha (nee Durkin) Hyland.

George graduated from Greenwich High School in 1942 and, while still in high school, enlisted in the United States Navy, serving through the conclusion of World War II. George served on PT-339 in the Southwest Pacific, earning three Battle Stars, the Pacific Theater Ribbon, the Philippine Liberation Ribbon, the Victory Medal and Good Conduct Medal.

George joined the Greenwich Police Department in 1951 and served through 1977, retiring as Lieutenant. Thereafter, he served as Director of Security at St. Joseph’s Hospital in Stamford until 1993. He then worked part time as an auxiliary police officer in the Milbrook community in Greenwich until 2012.

George enjoyed fishing on the Long Island Sound, attending Yankee games, and spending time with his family. He was an avid reader, particularly of history.
George married the love of his life, Alice Loughran, in 1953 at St. Mary’s Church in Greenwich, where both were lifelong parishioners. George and Alice enjoyed 60 years of marriage until she predeceased him in 2013.

In lieu of flowers, donations to Intrepid Fallen Heroes Fund or St. Mary Church would be appreciated. To leave an online condolence please visit www.castiglionefh.com.