On Thursday night the new New Lebanon School was the venue for the first Board of Education meeting of the school year.

Lucas Gazianis, senior class president said that this year the selection of student government reps includes an interview, which has resulted in many suggestions for policy proposals.

“We ask each rep if you were to lead your own project on a subcommittee what would it be, and to describe your action plan,” he said, adding that interviews have not only helped with the selection process, but revealed students are motivated to tackle environmental issues and seek more community service opportunities.

“Students of all grades want to make GHS a more eco-friendly school, to bring in more compost bins and reduce cafeteria waste,” Lucas said. “They also want to dive into the wealth of service opportunities.”

“I’m highly optimistic that at future board meetings I’ll be sharing plenty of policy proposals that come from the senior reps and the rest of student government,” he said.

He also said that the senior class appreciates changes to Opportunity Block and freedom and convenience it now affords them. This year seniors can leave their last period class at 2:45pm.

“Even lower classes have a much better deal than last year,” he said, referring to freshmen, sophomore and juniors who remain in their classes during OB unless they have an email from a teacher saying they can be excused.

“OB has become a time that offers the same enriching opportunities as it did before, but now with a much higher degree of flexibility,” he continued. “I’m expecting that we’ll see a large increase in productivity at least among seniors because the students who don’t want to be there won’t be there distracting the others who do,” he said.

Opportunity Block, a half hour at the end of the day created by shaving a few minutes off each preceding class, was conceived by former Greenwich Schools superintendent Dr. Jill Gildea.

After the change in school start times pushed the day forward an hour, Opportunity Block was a solution to the problem of athletes getting stuck in traffic en route to away games, missing academic instruction, quizzes and tests.

Implemented last year, students who didn’t have a pass to go to a club or meet with a teacher were stuck in what amounted to a mandatory, often unproductive study hall during Opportunity Block from 2:45 to 3:15pm.

“This year, the reception to the Opportunity Block has seemingly flipped in favor of it. Seniors are now able to live out the school’s motto of Freedom with Responsibility and leave campus at the start of OB.” – Zane Khader, GHS student body president

“Underclassmen can get a consent form if they have obligations or commitments to go to, and every student’s ability to gain extra help, or attend a club meeting before school ends, is greatly enhanced,” Zane said. “Opportunity Block is finally starting to look like what Dr. Gildea intended two years ago.”

Zane praised the interim headmaster and headmaster, saying, “The actions of Mr. Mayo and Mr. Piotrowski on behalf of the students of Greenwich High School in the midst of a terrible logistical and legal mess could be the standard of excellence across for administrators across the county and the state, and deserves to be recognized.” 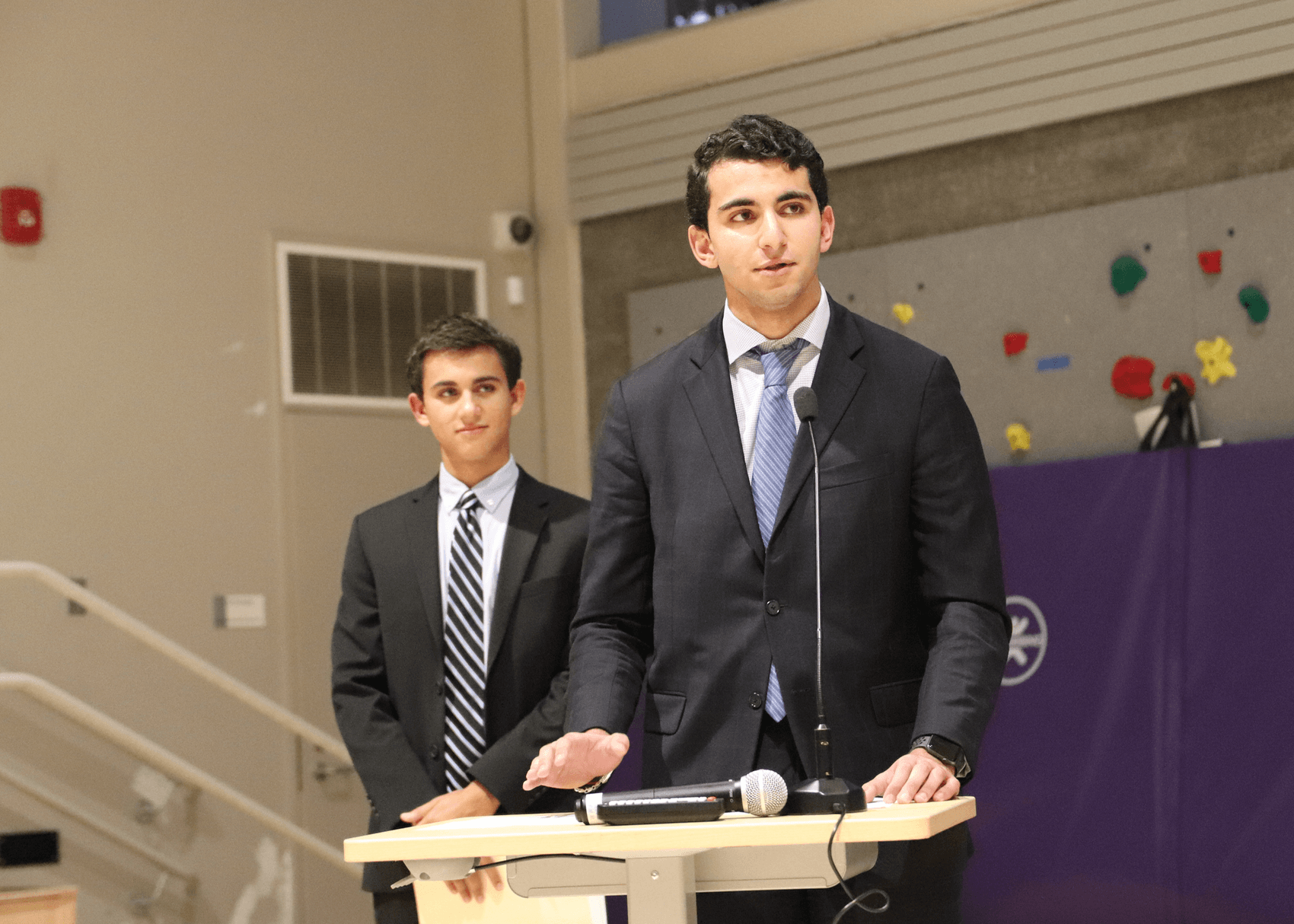