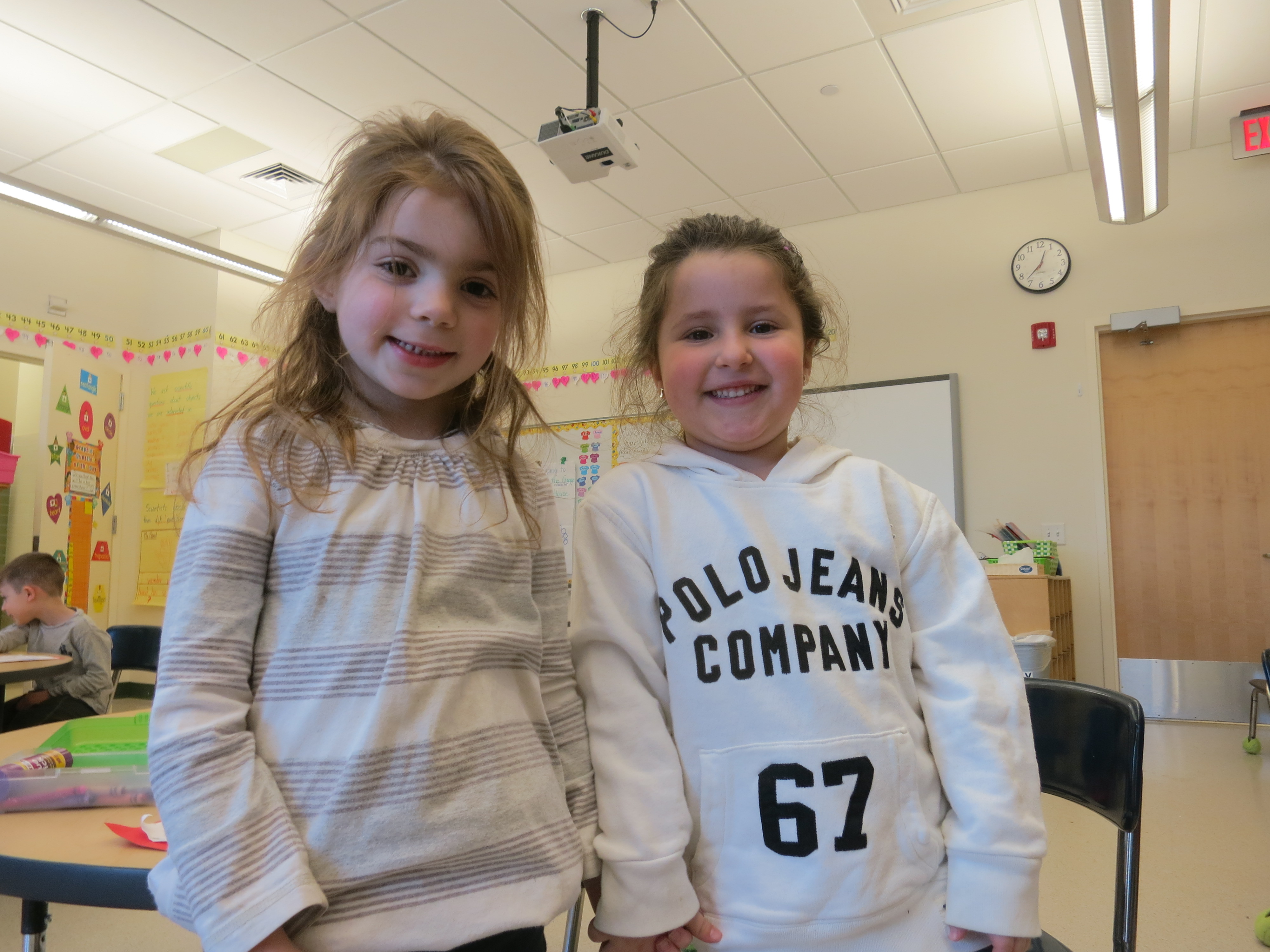 Where better to start modeling caring behavior and the meaning of friendship than in kindergarten?

At Glenville School, Joanne Riley, who has been teaching for 30 years, and paraprofessional Sharon Wessel, a 14-year veteran, planned several engaging activities for their class on Thursday.

March 27 was “Be Here, Be a Friend Day” in Greenwich Public Schools. 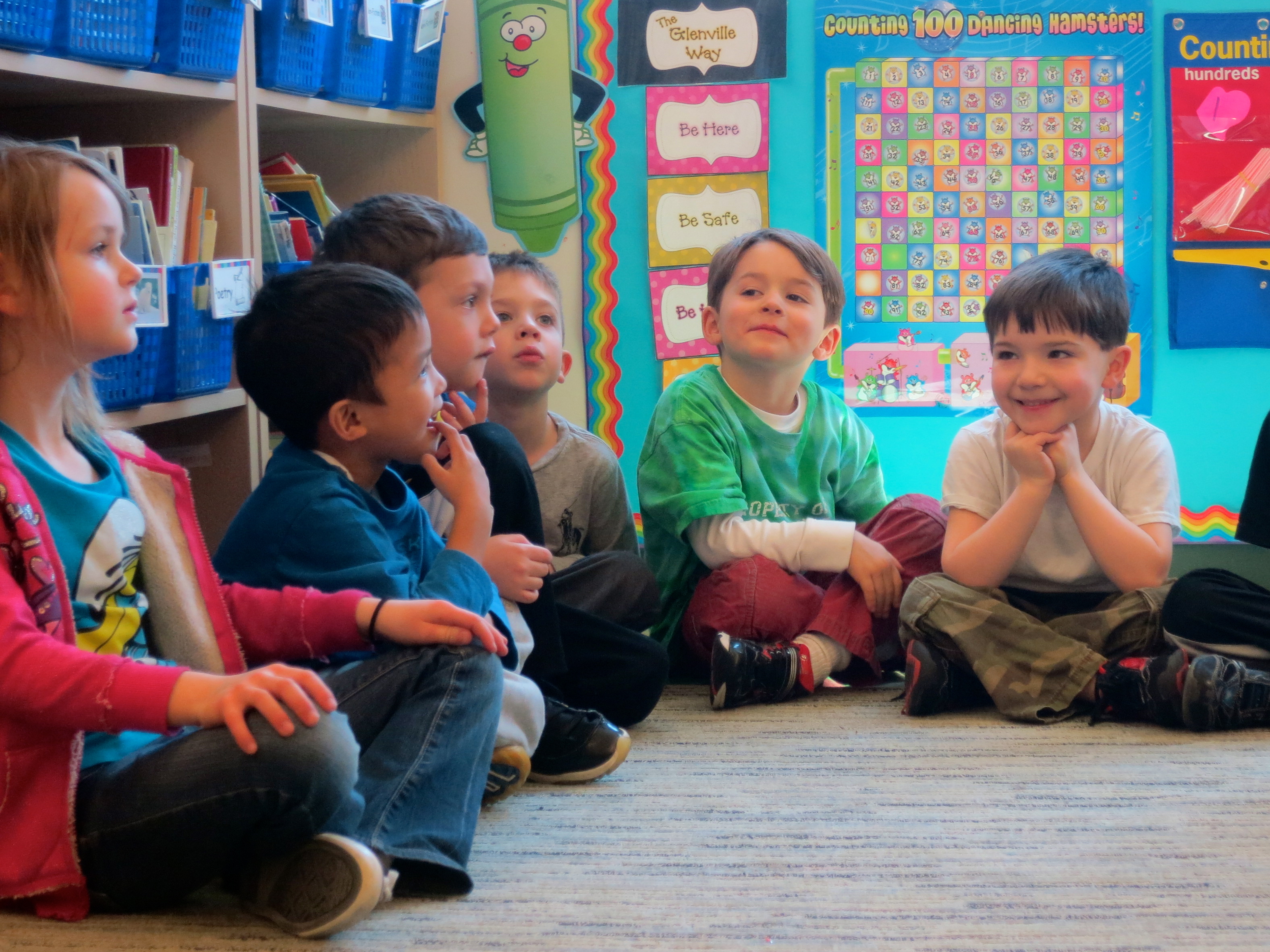 To remind students about the importance of being a good friend, the class broke into pairs to conduct ‘friendship interviews.” The teachers first modeled the exercise, which had the goal of supporting an environment for caring for one’s self and others. 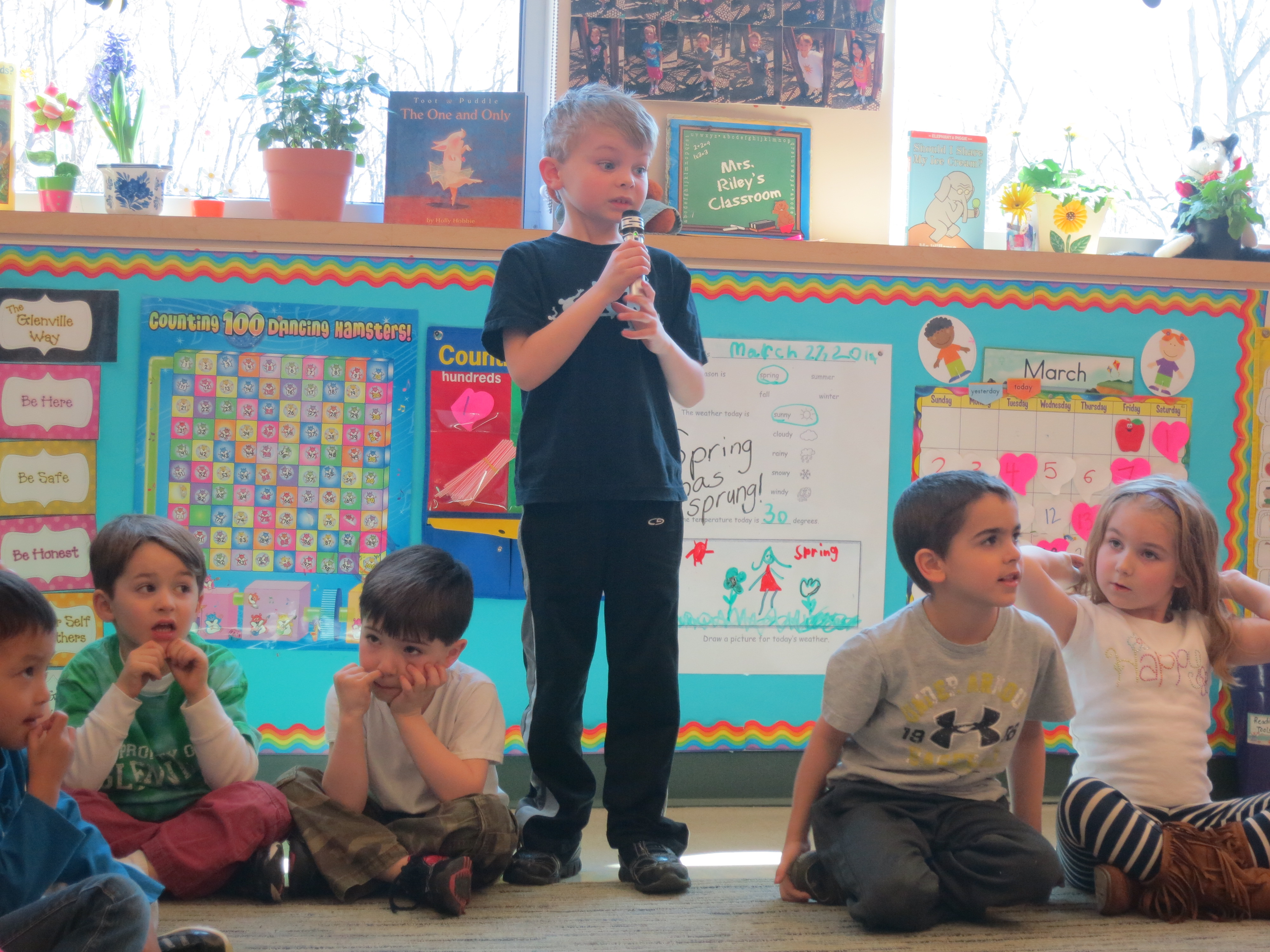 Mrs. Riley and Mrs. Wessel demonstrated a “friendship interview” by asking each other questions, taking turns talking and showing interest in each others’ answers.

Thursday’s friendship exercises reaffirmed the district wide “Norms” — Be Here, Be Safe, Be Honest, Care for Self and Others, Let Go and Move On — which provide an everyday framework for promoting a safe and nurturing school learning environment. 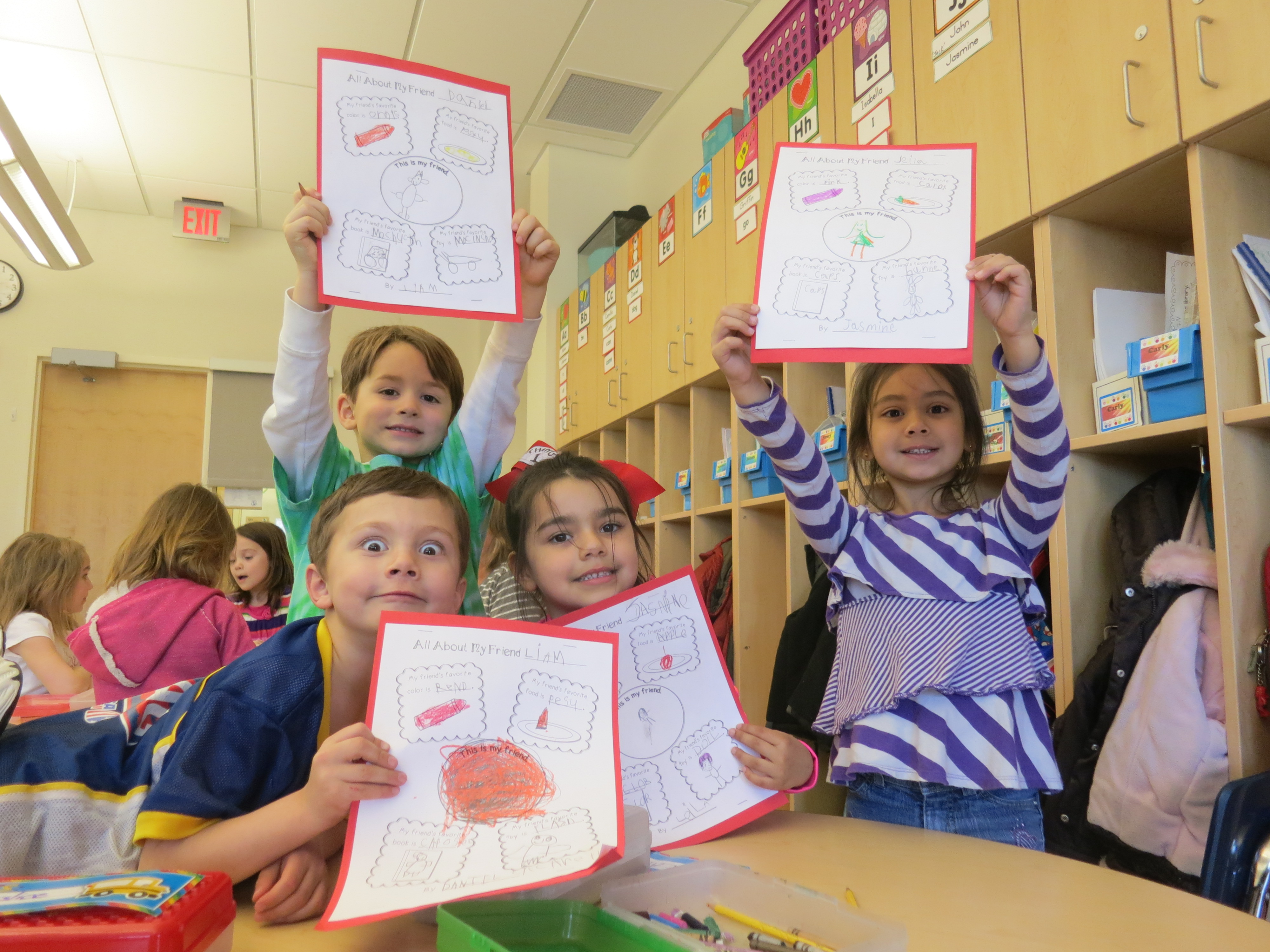 Before the friendship interviews, Mrs. Riley had read her class the book “Have You Filled Your Bucket Today?” by Carol McCloud.

McCloud’s book encourages positive behavior as children see how rewarding it is to express daily kindness, appreciation, and love. “Bucket filling and dipping,” metaphors for understanding the effects of actions and words on others were discussed, as each kindergartener had a chance to say how they had filled the bucket that day. “By sharing a toy,” replied Jasmine Alcantara when it was her turn at the mic. 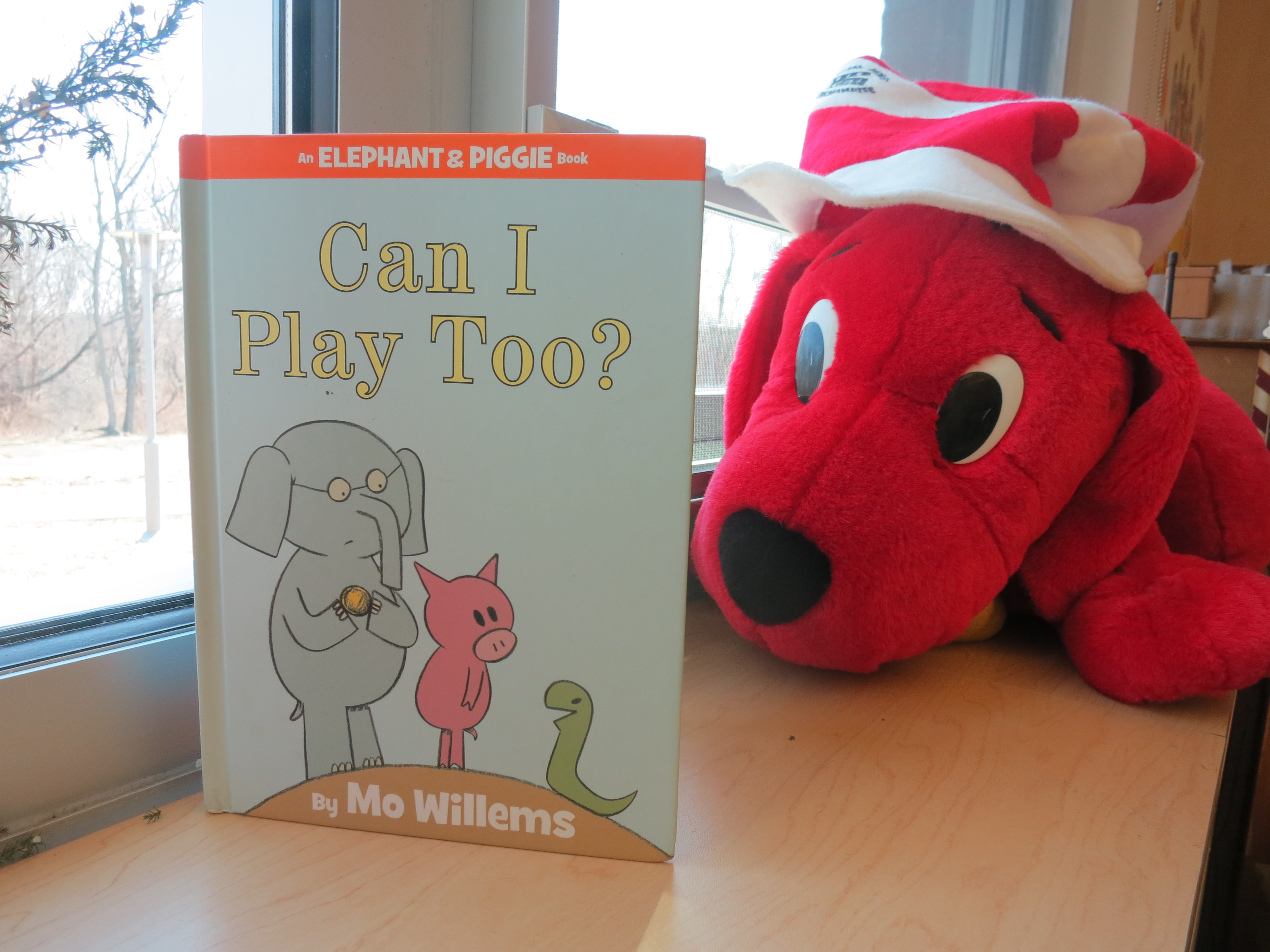 Books along the windowsill in Mrs. Riley’s Kindergarten classroom at Glenville School all fell into the theme of friendship, kindness and caring.

For the friendship interviews, the kindergarteners of Mrs. Riley’s class, all roughly five years old, worked in pairs.

The children took turns, asking each other questions, cooperating and listening to their partner’s responses.

Elsewhere in the school on “Friendship Day,” the third grade learned about meaningful compliments and how they can use kind words to build friendships. 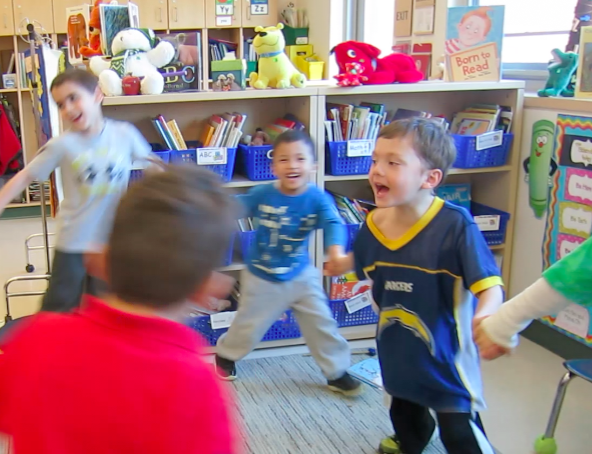 Books along the windowsill in Mrs. Riley’s Kindergarten classroom at Glenville School all fell into the theme of friendship, kindness and caring.

Students practiced this by writing a genuine compliment about each one of their classmates. Then each class discussed how friendships were strengthened when people appreciate one another.

The second grade made charts entitled “Friends are people who think of others.”

The second graders acted out situations that show what good friends do, think and say.

Fifth graders discussed how to be a friend through the transition to middle school. Each class composed a “Friendship Pact.”

The exercise reinforces how importance of having the support of caring friends during the transition to middle school. 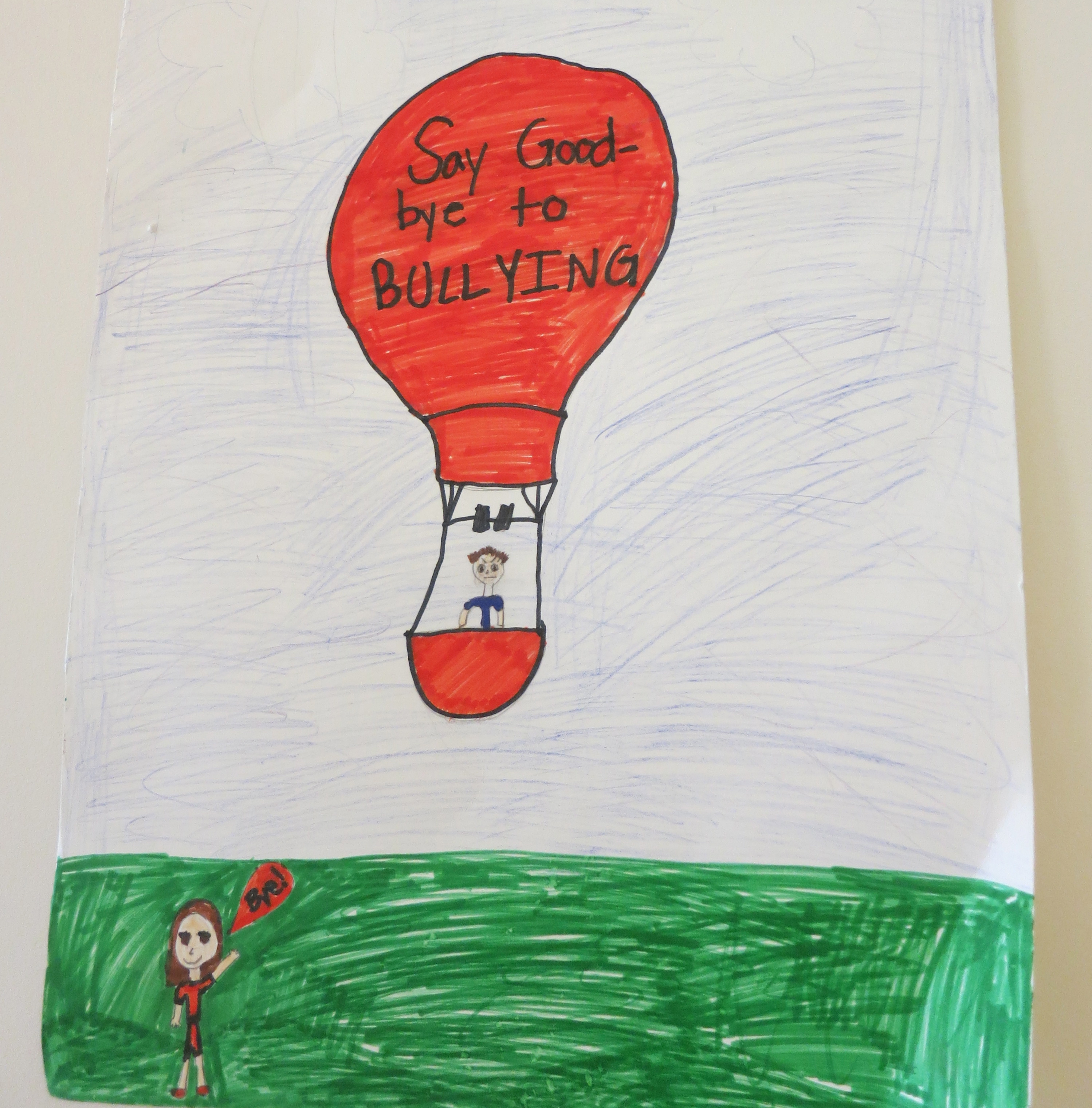 Bullying in Greenwich Schools: Is it Getting Better?