UPDATE #3 Nov. 19, 11:30am: On Thursday Greenwich Police Lt. Kraig Gray credited social media for multiple tips resulting in police identifying Roy Tiska, a 62-year-old Greenwich resident and charging him with creating a Public Disturbance. Lt. Gray said that within minutes of the attempt to identify being distributed on social media, the first of several tips arrived. 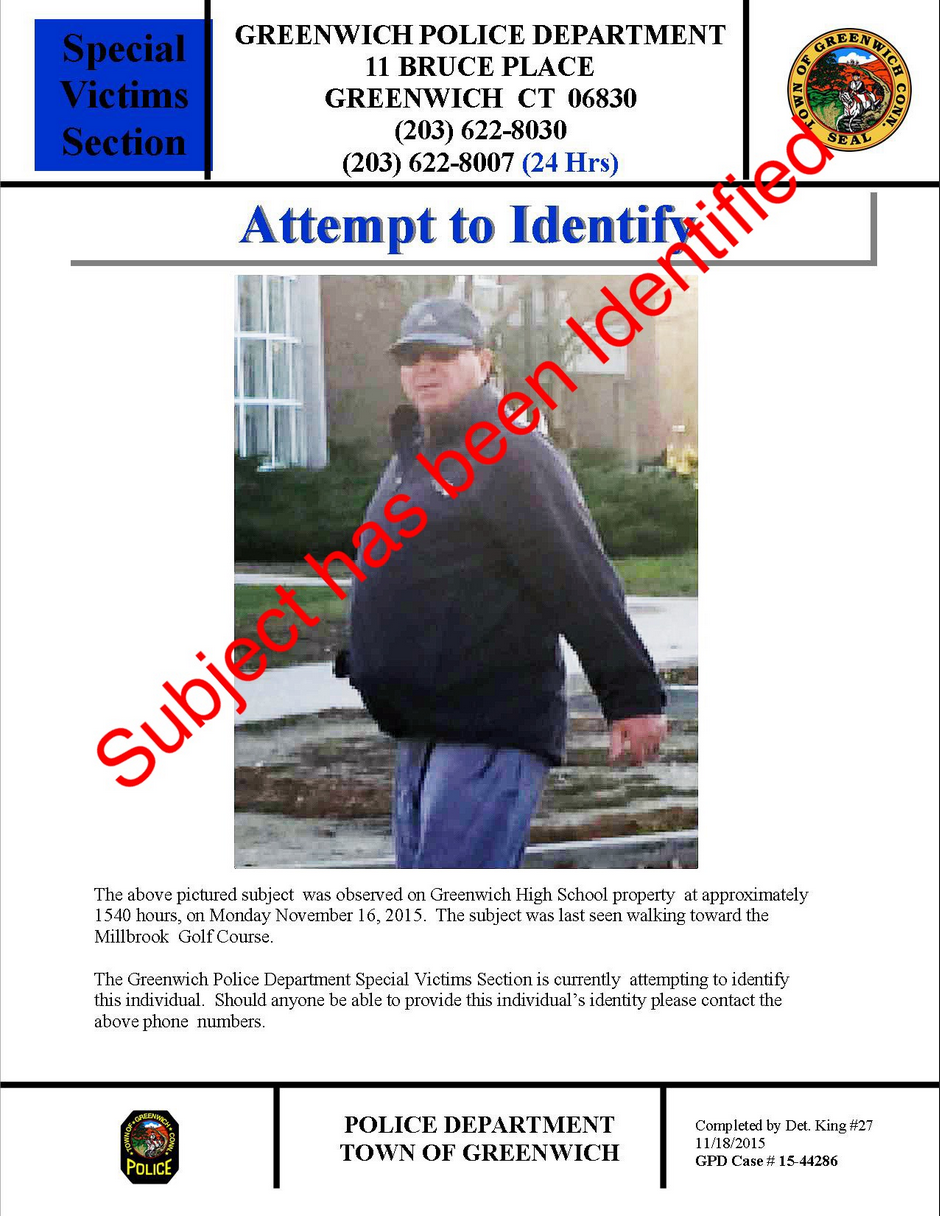 UPDATE #2 Thursday 10:08am: The subject has been identified as Roy Tiska and he has been issued an infraction complaint ticket for CREATING A PUBLIC DISTURBANCE- 53A-181a with a $103.00 fine. He is innocent until proven guilty. 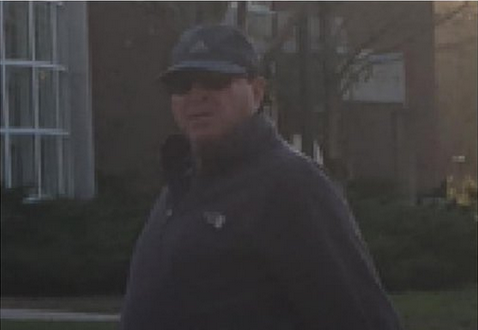 The subject was last seen walking toward the Milbrook Golf Course (south of East Putnam Ave). The Greenwich Police Dept. Special Victims Section is attempting to identify this individual. Anyone able to provide this individual’s identity is asked to contact the police at (230) 622-8030 or (203) 622-8007 (24 hours).

An man accosted a teacher and student Monday afternoon at Greenwich High School, according to Dr. Winters, headmaster.

“At approximately 3:45 this afternoon, an unknown adult, roughly 50 years old, verbally accosted a teacher and then a student in the back parking lot near the swimming pool,” Winters said in an email sent to parents on Monday. The headmaster added that school security and administrators pursued the man, who was not identified, as he fled from campus.

“Greenwich Police are aware of the situation and will have additional police presence at school tomorrow,” Winters continued. “We are monitoring the situation very closely. If anyone witnessed the incident, we would appreciate any information you can share with us.”