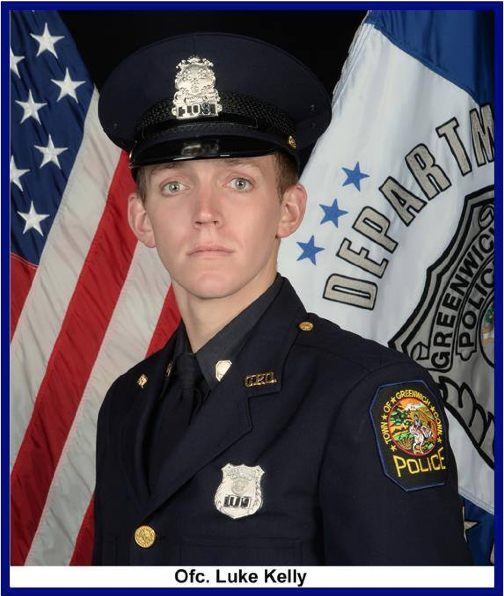 Greenwich Police Officer Luke Kelly has been named Officer of the Month for December 2015.

Officer Kelly investigated two separate car break-ins at Greenwich High School and realized that both thefts were linked not only by location, but by modus operandi. Kelly’s thorough investigation led to the identification of three unknown suspects with extensive criminal pasts. The suspects have been implicated in a larger crime spree in at least four other Connecticut jurisdictions. Kelly conducted all phases of the investigation to include the preparation and submission of arrest warrants.

“Officer Kelly’s investigation is a great example of a patrol officer taking ownership of what at first seemed like a routine car break-in but was, in reality, a rather intricate and far-reaching investigation,” Chief Heavey said in a statement commending Officer Kelly for his service.

“Luke has demonstrated some of the best quality traits of an effective police officer; he has excellent communication skills which he uses to engage with the public in a positive manner. In this instance, that communication skill set coupled with his investigative aptitude was instrumental in solving a property crime that likely would have gone unsolved.”