Officer Michael Macchia and his canine partner “Tyro” will share the Greenwich Police Officer of the Month award for December 2014.

The position of K9 officer is highly competitive and extremely coveted. The effectiveness of the K9 Team is a force multiplier within the Department and is in constant demand for their unique services. The K9 Team is often called upon at any hour of the day seven days a week regardless of the weather or holiday. A handler has to provide continuous care and training to their partner in order to maintain rigid certifications. The position has a daily intensity level which few outsiders can understand. 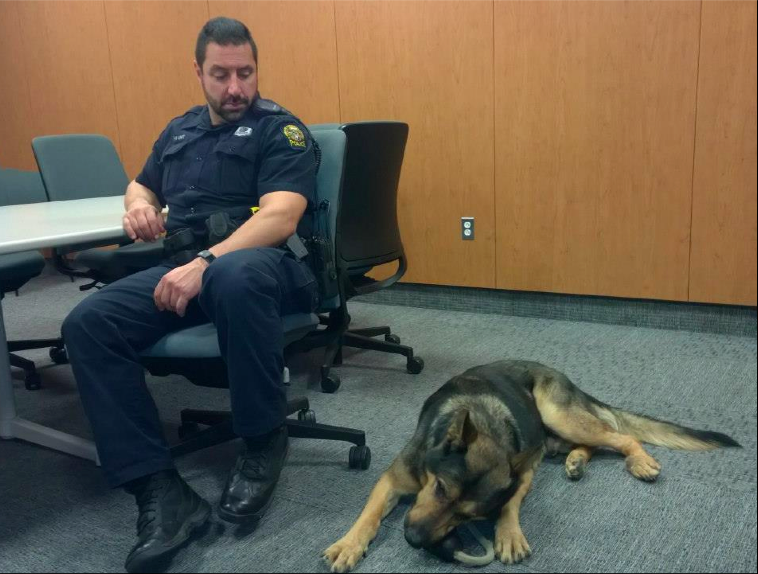 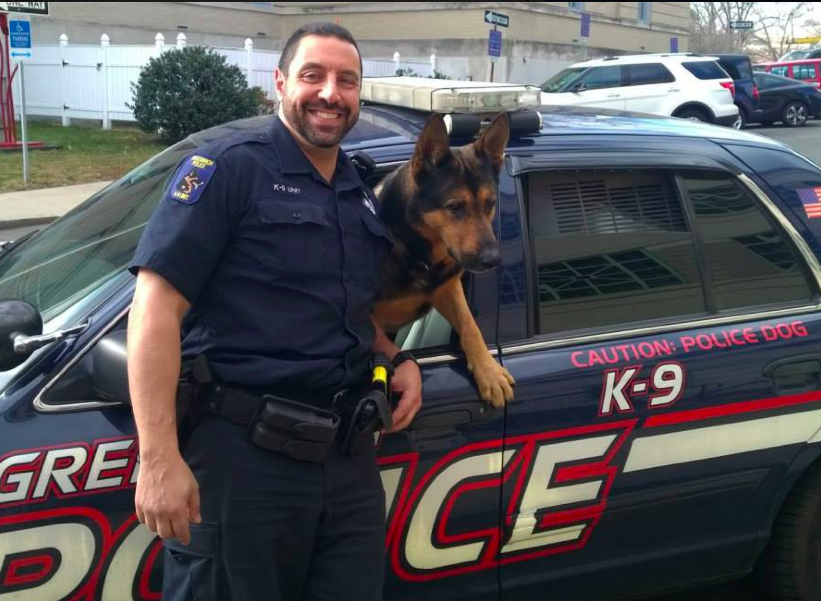 Over the last seven years, the K-9 Team of Officer Macchia and Canine Tyro have been involved in numerous high risk incidents both in Greenwich and around the State of Connecticut. They have frequently worked with the State Police and the U.S. Drug Enforcement Administration during dangerous narcotics searches and arrests. They have also been an essential element of the Police Department’s outreach to the community by conducting school talks and public demonstrations. The K9 team has also been deployed for their ability to locate lost children or endangered adults.

“Every police officer has a multifaceted role in the community which is much more than just Law Enforcement. Police Officers are peace keepers, mentors, first responders, and community caretakers,” said Chief Heavey. “Tyro, in the capable hands of Officer Macchia, has been an important part of fulfilling those diverse goals. Upon the well-deserved retirement of Canine Tyro, they are both commended for their loyal and faithful service to the community.”