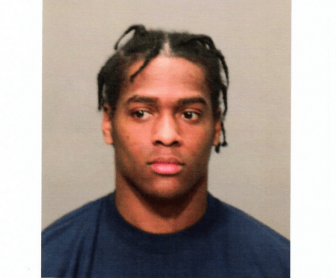 Back on Jan 4, 2016 a New York man was allegedly involved in stealing four computers from a local business in Greenwich in the area of Greenwich Avenue.

On Jan 15, 2020 Greenwich Police with the Warrants and Extraditions unit responded to the US Penitentiary Canaan in Pennsylvania and took custody of Quaysean Cannonier (aka Quayshawn Cannonier), now 24, of Wickham Ave in Bronx, NY.

Cannonier is incarcerated in Pennsylvania for Conspiracy to Commit Racketeering.

Greenwich Police had an active warrant for Cannonier for Conspiracy to Commit Larceny 3 and Larceny 3.

Police say that while incarcerated Cannonier applied for an Interstate Agreement on Detainers Act requesting a final disposition for the Greenwich Larceny charges.

In accordance with that Act, he was taken into custody and transported to Greenwich where he was charged with Conspiracy to Commit Larceny 3 and Larceny 3.